Sport utility vehicles have long been the favorite of bigger families, but their growing popularity among all types of drivers is uncontested. Despite concerns over climate change, SUVs are trending in markets all over the world and automakers are responding by shifting their focus to these rugged vehicles as consumers move away from traditional passenger cars.

In fact, the SUV market share should be nearly at parity with sedans by 2025, with each holding about 38% of the market. Among these are midsize and full-size SUVs able to seat at least seven (though, in some cases, eight or even nine can fit comfortably) and possibly tow a boat, too. The choice of third-row SUVs is as wide as the price range — our list of top picks ranges from a base MSRP of $26,290 to $96,595 for a fully-loaded luxury SUV.

We narrowed the field by vehicles that scored well among Kelley Blue Book (KBB) experts, Edmunds consumers and the National Highway Traffic Safety Administration (NHTSA) and/or Insurance Institute for Highway Safety (IIHS). For the consumer ratings, we’re also noting how many reviews have been posted at time of publication; scores are up to date at time of publishing. 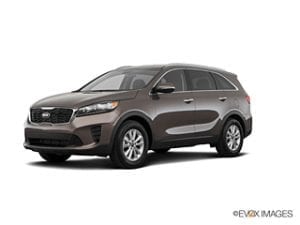 One of two models priced under $30,000 that also met our standards, the Kia Sorento also rated for the best fuel economy, coming in at 25 miles per gallon combined or 22 city MPG and 29 highway MPG. It’s a slightly smaller SUV than competitors but the midsize SUV still comes with plenty of features at the MSRP. The LX and LX V6 models, which come in at $27,650 and $31,290, respectively, come with more features and are still below the price of most rivals. For those who enjoy driving around with music, you will also love the Harman/Kardon Premium Sound System, which comes standard on all Kia cars and includes 12 high-performance speakers. Price is what makes the Sorento a standout, but  if you are looking for an SUV with plenty of space, then you may be better off with a Toyota Highlander, below. 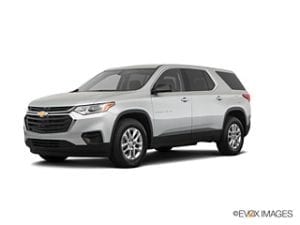 With room for eight and plenty of cargo space, the vehicle is more spacious while also weighing 350 pounds less for the 2019 version — which finally makes it a worthwhile competitor for the Honda Pilot, Toyota Highlander and other crossover SUVs. The Traverse also offers decent fuel economy, coming in at 18 city MPG and 27 highway MPG, as compared with the fuel economy of the Chevy favorite, the Suburban, which has only 15 city MPG and 22 highway MPG. The base model includes a front-wheel drive only, but more features, including all-wheel drive, can be had with the pricier LS (starting at $34,095) or LT (starting at $36,595) models. For those who want extra storage, though, the Traverse is for you: It has a hidden storage compartment behind the infotainment screen that can be locked with a PIN for stowing small valuables and a hidden, 10-inch deep compartment under the cargo floor that is perfect for storing anything from jumper cables to safety equipment or even your valuables. 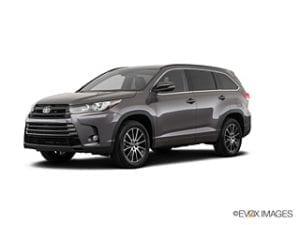 Safety is a big reason why the Toyota Highlander is one of the most recommended SUVs for families. Besides its 5-star NHTSA and IIHS top safety ratings, is Toyota Safety Sense, which will detect pedestrians, keep you within lanes and even automatically apply the brakes if it detects an imminent collision. Safety Sense comes standard on the base, four-cylinder LE model. Families looking for more creature comforts might want to opt for the LE Plus (starting at $36,260). The hybrid version of the Toyota Highlander starts at $36,970 and adds almost 10 miles of fuel economy. The biggest complaint about the Toyota Highlander is that it does not come with Apple CarPlay and Android Auto integration, though your phone can still pair via Bluetooth. 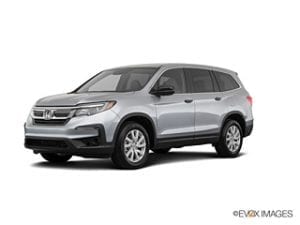 With an MSRP slightly more than that of the Toyota Highlander, the Honda Pilot is another three-row SUV known for its safety features. It is the biggest SUV in the Honda family and can comfortably seat seven or eight passengers, depending on the trim level and configuration you choose.  The Pilot has standard V6 power and available all-wheel-drive. As of the 2019 model, the base Pilot has the Honda Sensing safety system as a standard feature but fails to provide integrated Apple CarPlay and Android Auto. For that, you’ll likely want to get the Pilot EX (starting at $34,330). The Pilot is roomier than its rivals, but the Highlander may hold better value.

With the base model comes a punchy 284-horsepower V6 engine but many of its other available features and amenities, such as the forward-collision mitigation and the infotainment touch screen, may be much more impressive in its competitor models than what you will find in the Pathfinder, including those in the Honda Pilot, Toyota Highlander, Mazda CX-9 and the Chevrolet Traverse. Despite the horsepower, the entry-level S comes with only a front-wheel drive so if you’re looking to add an all-wheel drive to the Pathfinder, it will cost you an extra $1,690 to take full advantage of that V6 engine. 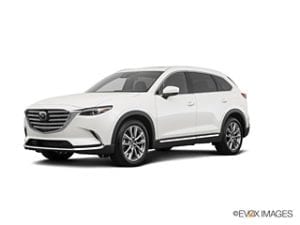 Enthusiasts and families alike can settle in and enjoy the Mazda CX-9, which promises roominess, safety and a dynamic ride. The base four-cylinder Sport gets 22 city MPG and 28 highway MPG, which is on the higher end for a three-row SUV. The exterior resembles a high-end luxury vehicle, though the luxurious interior is available only in the higher-priced Signature trim (starting at $45,365). The G-vectoring technology allows the CX-9 to have impressive cornering abilities. However, the midsize SUV can’t tow as much as its six-cylinder rivals, so those looking for the horsepower of a V6 or V8 or want to tow above 3,500 pounds are better off with a Toyota Highlander Hybrid or a Kia Sorento. 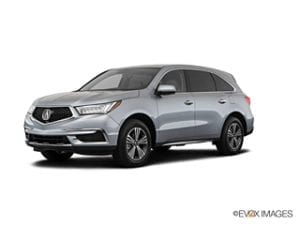 Although it can’t match the Lincoln Navigator’s horsepower, the MDX comes in with a standard 290 horsepower V6 engine and an impressive list of features, especially for the price. It can tow up to 3,500 pounds and comes with Android Auto and Apple CarPlay and Siri Eyes Free integration. Plus, the MDX also comes in a Hybrid model that is about  $8,500 more but adds 4 extra miles per gallon and also provides 30 more horsepower.

The Lincoln Navigator is one of the highest-rated vehicles on this list, but it comes with a higher price tag, too. That said, Lincoln boasts some impressive features on its base model, including a Twin-Turbocharged 3.5L V6 engine that is capable of producing 450 horsepower. There are many other creature comforts in this luxury vehicle, but Lincoln Connect is especially handy for tech-loving families. With it, passengers can connect up to 10 devices on the 4G LTE Wi-Fi hotspot. That will surely make road trips a lot more fun since nobody will have to fight for screen time.

Before shopping for a new vehicle, first shop for an auto loan. Potential lenders can include a credit union, bank or an online lender. Apply to a few in order to compare offers and see which one is best for you. Dealers are often able to raise your APR and make profit off your loan, not just your car, so the best way to avoid this is to go in with a pre-approved auto loan. If the dealer can beat it, great — you can feel confident knowing that you shopped around for a good rate. On LendingTree, you can fill out an online form and receive up to five potential auto loan offers from lenders at once, instead of filling out five different lender applications.

Only vehicles which scored at least a 4 out of 5 from both Kelley Blue Book experts and Edmunds consumers made our list of vehicles. For the consumer ratings, we’re also noting how many reviews have been posted at time of publication; scores are up to date at time of publishing. The vehicles also had to have at least a 5-star safety rating from the NHTSA, when available, or be a top pick by the IIHS. The MSRP included above is for the base trim of each model, which can be found on manufacturer websites. Standard features are included, while available or optional equipment — which may add to the price of the vehicle — are indicated as such.

The MSRP’s for the referenced products are accurate as of the date of publishing, please check the manufacturer’s website for the most up to date information.