Liz Knueven is a writer covering automotive and financial topics. Shes written about cars and personal finance for brands like Carfax and Credit Karma, and is a personal finance reporter for Business Insider.

Though the word “diesel” generally brings full-size trucks to mind, there are also quite a few cars available for drivers looking for the same mileage and performance benefits in a smaller package.

However, diesel cars got a bad name in 2015 when Volkswagen AG (which also makes Audi and Porsche) admitted it had installed defeat devices on 500,000 vehicles in the U.S. to cheat requirements by the Environmental Protection Agency when in fact, the vehicles were emitting nitrogen oxide emissions at levels 40 times higher than the EPA’s legal limit. However, in the time since, many vehicles involved have either been bought back or fixed.

But that’s not to say that diesels can’t be relatively clean — in fact, they’re more efficient. Since diesel fuel has more energy than regular gasoline, diesel-powered vehicles can go 20 to 35% farther on one gallon. With advances in performance, technology, emissions and even the diesel fuel itself, diesel is cleaner than in decades past. While their emissions can’t touch electric, it’s often as close as you can get to hybrid efficiency without the actual hybrid powertrain.

We list mileage estimates for our nine picks of the best new and used diesel cars below, as well as safety ratings from the National Highway Traffic Safety Administration (NHTSA) and Insurance Institute for Highway Safety (IIHS) plus ratings from Kelley Blue Book (KBB) experts and Edmunds consumers for new cars, when available. For consumer reviews, we’re also noting how many reviews have been posted at time of publication; scores are up to date at time of publishing.

Best bets for a deal

Best bets for a deal on diesel cars 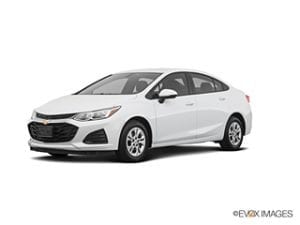 Chevrolet started to take over the market that Volkswagen left, making diesel cars and SUVs. However, GM announced that 2019 would be the last year for the Cruze, a five-seat sedan that boasts impressive fuel economy. The diesel model comes with a $7,625 higher price tag than the standard fuel version, though it does include more features, including heated front seats. While the MSRP above is for a 2019 model, a quick search shows that many 2018 Cruze diesels are available.

For those looking for something a little bit more flexible than the average sedan, the Cruze hatchback is the only other non-luxury new car option. The hatchback runs about $500 more than the diesel sedan model and loses a few fuel efficiency points. One big change for the 2019 Cruze is the loss of a manual transmission on both the hatchback and sedan. However, they’re still available in the 2018 models.

In a twist from the vehicles above, the diesel engine is actually the lower-cost option on the XE. Considering its starting price under $40,000, the XE 20d offers decent luxury features like a glass moonroof, start/stop technology and a 10-inch touch screen infotainment system. It handles slightly better than many other vehicles in its class, though some have noted that its interior isn’t as high quality as other luxury sedans. It hasn’t yet been rated by NHTSA, but it does offer safety features like blind spot detection, a 360-degree surround view camera and adaptive cruise control.The Jaguar XE ties with the BMW 3 Series diesel in fuel efficiency and beats it on starting price. 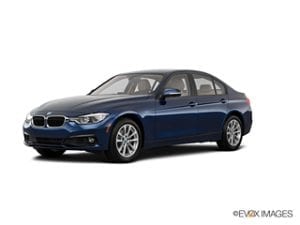 Though BMW has canceled all diesel offerings for 2019, it’s still possible to find 2018 models. Available both as a sedan and a sports wagon, the BMW 3 series appears to be the luxury answer to the Chevrolet Cruze. With a slightly larger engine and standard rear-wheel drive, the BMW shows off the performance perks that can come with diesel efficiency. BMW’s xDrive all-wheel-drive system is also available on the 328d.

Though more than the XE, the XF sedan is a little bit more on the sporty side. Its 180 horsepower engine helps to keep it lively, while still being efficient enough to stay on par with the XE. But unlike the BMW 3 Series, the XF doesn’t offer its Sportbrake wagon with a diesel option. Similarly to the XE, it’s been noted that the interior is lackluster compared with other vehicles in this price point. 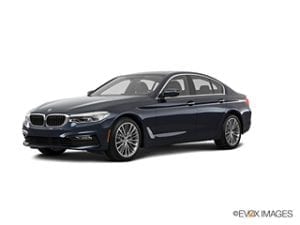 While more expensive than both of the Jaguar options, the 5 Series is one of three diesel models the German automaker released in 2018. Though short-lived, the 540d beats the competition with 261 horsepower and 457 pound-feet of torque and all-wheel drive. Its 3.0-liter, six-cylinder diesel engine is significantly larger than Jaguar offers. The 540d features standard leather upholstery in addition to BMW’s abundant tech offerings. Unfortunately, the 540d wasn’t carried over into 2019, but some are still available new. Even though on the higher end in price, the 5 Series outperforms the competition.

This diesel-powered Mercedes doesn’t skimp on power. A 3.0-liter V6 turbodiesel engine powers the E350, but it’s had to sacrifice fuel economy. The E350 BlueTec gets about 26 miles per gallon combined or 33 miles per gallon on the highway, a lackluster figure compared with many of the other diesels on this list. But where the E350 excels is its offering of luxury features like a standard sunroof and memory power front seats, and now, a competitive price. The BlueTec diesel option was available in this model between 2009 and 2014, so there are a range of years available, but a 2011 model makes for a good value. It’s also worth noting that Mercedes has had a diesel scandal of its own in Europe — so far, U.S. vehicles haven’t been affected.

Discontinued after 2016, the 2015 Audi A3 diesel was affected by Volkswagen Group’s Dieselgate scandal of 2015. But, there are still quite a few of them both for sale and on the road. That’s because an approved fix has brought emissions back to EPA standards, reducing excess emissions by 80 to 90%. However, if you want to avoid having one of these vehicles altogether, the 2016 model is not included in the EPA citation, though you’ll have to search far and wide. The Audi A3 diesel comes with all-wheel drive standard.

Kelley Blue Book praised it as “the most affordable European sedan on the market.” And while it appears that’s held true, this one might have also lost some value thanks to the diesel scandal. In fact, data shows that Volkswagen TDIs lost value three times faster than their gasoline counterparts. However, this car has an approved fix, and if you’re looking for an affordable diesel, this is an inexpensive option now that it’s cleaned up. Both automatic and manual transmissions are available for this model year, and an available driver safety package helps it stay on par with today’s technology offerings.

Before shopping for a new or used diesel, shop around for an auto loan. Potential lenders include a credit union, bank or online lender. Apply to a few in order to compare offers and see which one is best for you before stepping foot onto the car lot. Dealers are often able to raise your APR and make profit off your loan, not just your car. The best way to avoid this is to go in with a preapproved auto loan in hand, so you know what APR you deserve and you can ask the dealership to beat that rate. On LendingTree, you could fill out an online form and receive up to five potential auto loan offers from lenders at once, instead of filling out five different lender applications.

These cars were selected by market availability, and both consumer and expert ratings when available. MSRPs shown for new vehicles are for the base trim of that model, while the ranges provided for used vehicles are from Kelley Blue Book’s fair market range for that make, model, year and trim. New vehicles had to score at least 4 out of 5 among KBB experts and Edmunds consumers. MSRPs mentioned in this article are accurate as of the date of publishing.