Will You Love or Hate Hertz Ultimate Choice?

You can choose any car from your designated section, even if it’s a higher-class vehicle than what you’re paying for. If you want to guarantee a higher class car, you can still reserve one in advance, but Ultimate Choice gives you a chance to drive something better, with an intermediate rate. 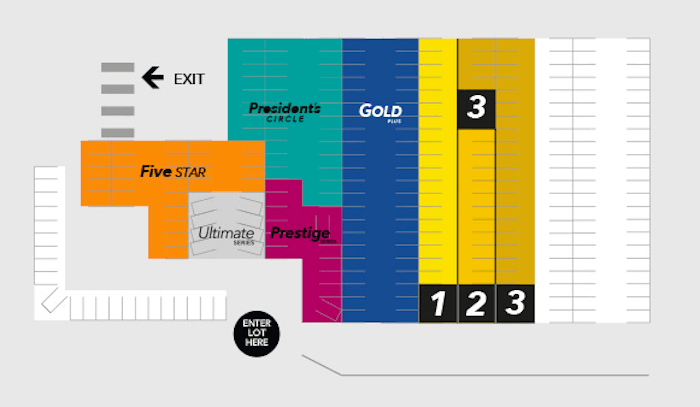 Hertz Ultimate Choice: What you need to know

*A CDP offers car rental deals and discounts that aren’t available to the general public. They are usually offered to members of Hertz’s elite status programs, along with those holding certain credit cards or those with elite status in airline or hotel loyalty programs.

Here’s how Hertz Ultimate Choice looks at Newark-Liberty International Airport. Your name will be on the board, but instead of a stall number, you’ll see the zone you can choose from. 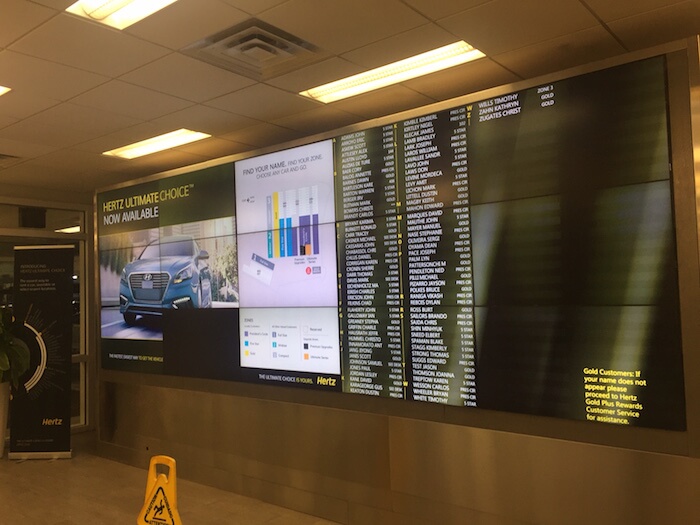 Then you can pick any car from your zone, like this one for President’s Circle members. 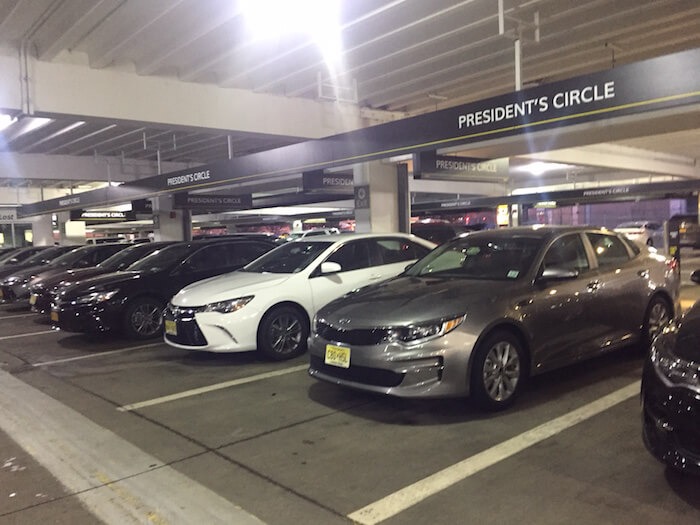 The selections in the President’s Circle row are mostly full-size cars with a few SUVs mixed in, so these aren’t jackpot upgrades from an Intermediate level. 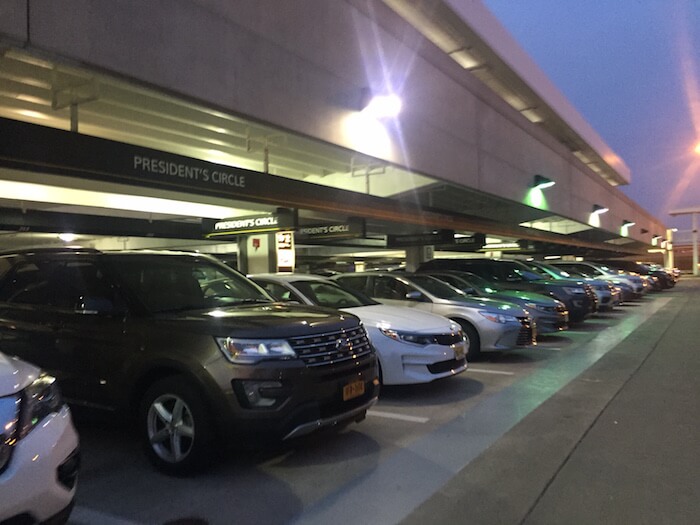 But if you look deep down the row, there were two luxury options – an Infiniti Q50 and a Cadillac XT5, which are both great upgrades from an Intermediate rate. 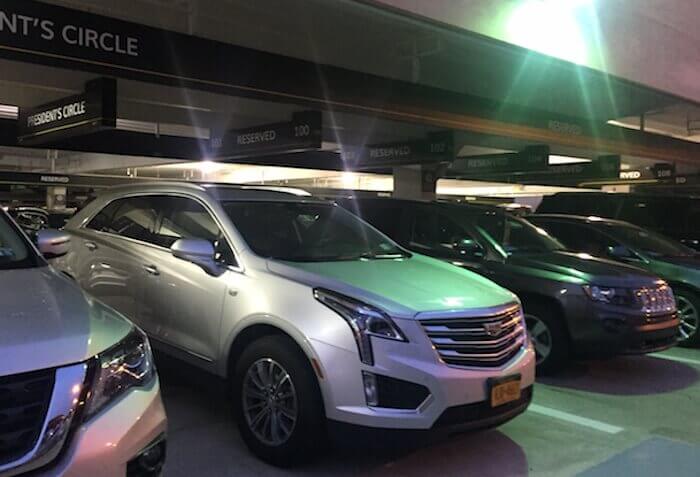 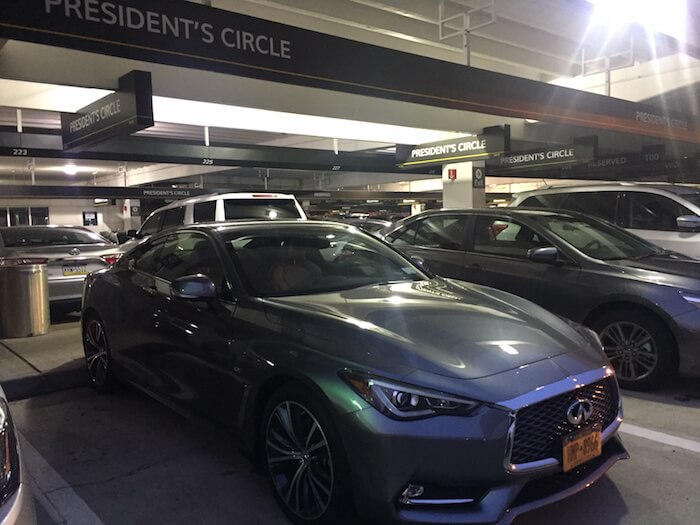 You can pick any car in the Premium Upgrades section for an extra $25 a day as a President’s Circle or Platinum member, or $35 a day as any other member, even from a cheap Intermediate rate.

Here, you have a choice of a Range Rover Evoque and Mercedes GLS 450, both great upgrades, along with a less exciting Infiniti G50 that’s the same model already in the regular President’s Circle row. 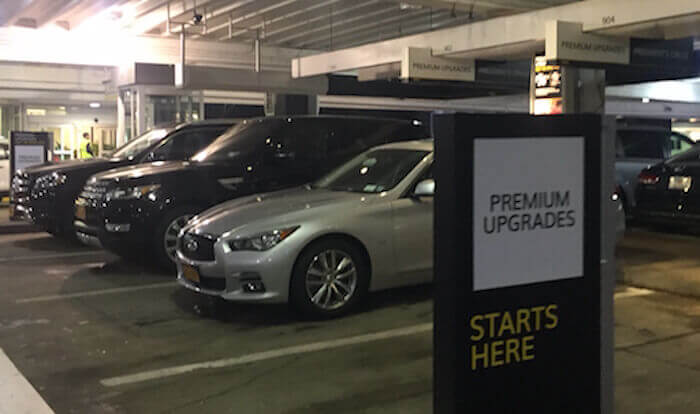 If you’re a Five Star member, expect a lot of Standard cars and some compact SUVs. 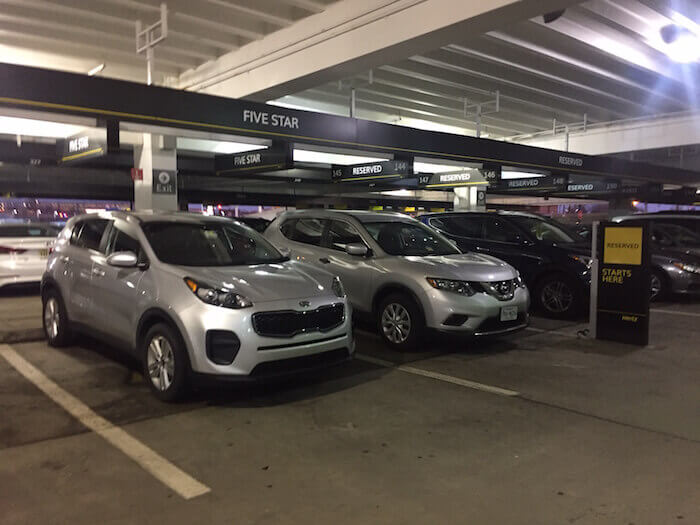 And as a Gold member, you’ll get a mix of Intermediate to Full Size cars, without so many compact SUVs. 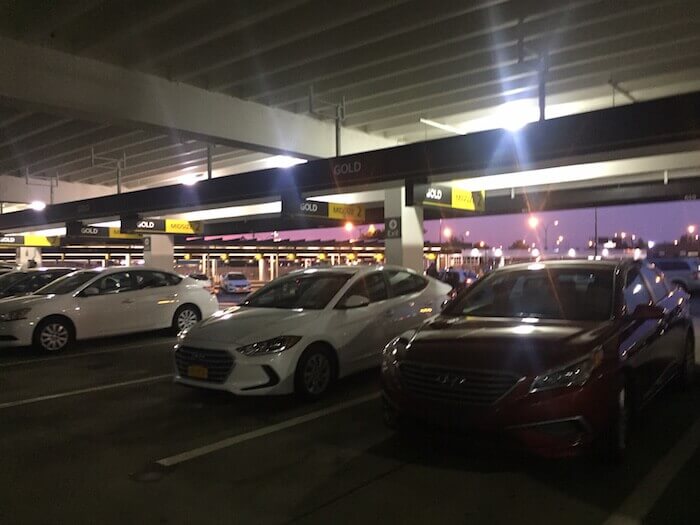 Is this a good deal if you’re willing to pay for better cars?

Upgrades with Hertz have been pretty inconsistent the last few years, so even as a President’s Circle member, it wasn’t a sure thing to get a decent car unless you booked a premium or luxury car outright.

Now, the negotiation involved of having to go to the counter to request a free upgrade is out of the picture. Upgrades to premium vehicles can be purchased or redeemed with Gold Plus Rewards points.

While it looks like Hertz is trying to stock the President’s Circle section with a few really nice cars, though there’s no real consistency. If you want consistency, the $25 upgrade isn’t a bad option from an Intermediate rate, but Hertz has started changing up its Prestige collection rates to be much cheaper than they once were.

Now, you can book a basic Intermediate rate, and pretty much be guaranteed a nice upgrade for $25 a day. It’s not as good a deal as President’s Circle was years ago, but it’s probably a much better deal now.

Here’s an example with an Intermediate for $79 a day.

And a typical upgrade option, an Infiniti QX80, is running $132 a day.

So while you don’t get to choose your exact model ahead of time, which you would get if you reserved the full $132 rate upfront, you’ll pay only about $104 a day including the $25 upgrade fee if this happens to be one of the upgrade selections.

That said, since Ultimate Choice rolled out, Hertz has become a lot more aggressive about letting you reserve Prestige cars for much lower rates than before, so if you are planning ahead, the $25 upgrade fee might not be such a bargain, and booking a Prestige in advance like this Mercedes GLC at LAX for just $60 a day is a much better deal.

Is it a good deal if you can’t pay to upgrade?

You probably have around a 30% chance of finding a luxury or prestige car in the President’s Club aisle if you hunt long enough.

If you’re traveling for work and are restricted from paying for an upgrade, then it’s maybe not much worse or better than the hit-or-miss assigned upgrades before. At least you get a choice of cars and don’t have to stand in line at the counter to find something better.

But you may find a more consistent car selection at National Car Rental, which has been doing this for a long time and knows how to please frequent renters with a good selection.

Can you book a really cheap rate and select any car?

There are reports of people being able to book cheap Compact rates and getting to use Ultimate Choice.

Officially, Ultimate Choice is something you get on intermediate/midsize and above rentals, but Hertz is nothing if not inconsistent, so if you like a gamble, you might want to book the most rock-bottom rate you can, on the chance that you can pick anything from the Ultimate Choice section later.

Can you pick from a lower tier selection?

Let’s say you’re President’s Club and the pickings are slim. You can pick from the lower Five Star or gold tiers if you’d like – there are no restrictions on doing so.

Does any Counter Discount Program (CDP) work with Ultimate Choice?

Yes, this includes a four-hour grace period for returns on any rental.

In the end, the higher your status, the better car you can choose under Hertz Ultimate Choice. For those with lower status, it’s not impossible to get the premium cars offered by Hertz if you’re willing to do a little work and gamble, especially at some of the more popular airports.

The information related to the United MileagePlus® Presidential PlusSM Card and the United Club℠ Card has been independently collected by LendingTree and has not been reviewed or provided by the issuer of this card prior to publication.