Tom Sumrak has worked as a marketer, editor, and writer over the course of multiple years working at LendingTree. He has covered a variety of different financial topics and products over the year and is immersed in the financial...

Despite women’s rising financial strength, a LendingTree study finds that there are still major points of disparity among millennial men and women regarding debt and personal financial health.

LendingTree recently conducted a survey among 1,050 millennials – those born in the years 1980 to 1995. The survey’s findings suggest that millennial women are trailing their male counterparts when it comes to income, home ownership and financial satisfaction despite having higher credit scores and responsible financial priorities. 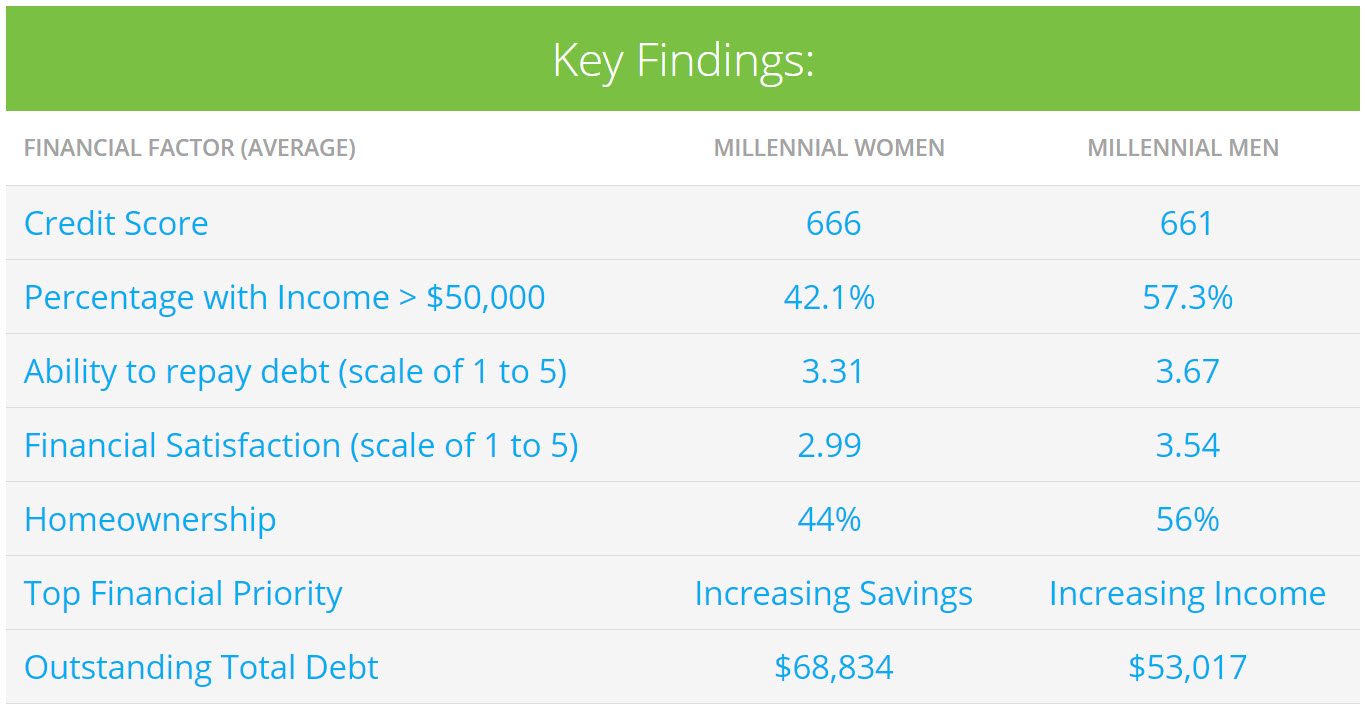 Millennial men have higher incomes. The higher confidence and satisfaction is likely due to the income disparity between men and women. According to the survey, 57.3% of men have an annual income of $50,000 or greater, compared to only 42.11% of their female counterparts in the millennial generation.  Additionally, a 2016 LendingTree survey showed that the average income for millennial men was $53,220 while the average income for women was slightly lower, approximately $46,890 – a difference of 13.5%.

Millennial women have higher credit scores and are focused on growing their savings. The silver lining in the findings shows that millennial women show signs of fiscal responsibility through credit scores and responsible financial priorities. Millennial women take the lead in the credit score department with an average score of 666 versus 661 for millennial men. Additionally, per LendingTree customer data, 36% of women have a credit score of 700 or higher compared to only 30% of men. And when ranking financial priorities, women said growing their savings account was of upmost importance regarding their finances for the next 12 to 24 months. Men, on the other hand, are more focused on increasing their income.

Methodology
The 2017 LendingTree Millennials & Debt Survey was conducted online within the United States by Qualtrics on behalf of LendingTree between June 29 and June 30, 2017 among a sample of 1,050 Americans born in the years 1980 to 1995.