Tendayi Kapfidze is Chief Economist at LendingTree. He leads the company’s analysis of the U.S. economy with a focus on housing and mortgage market trends. Tendayi utilizes data analysis to be a resource for both consumers and...

LendingTree finds that both men and women could improve their mortgage comparison shopping activity and save money on interest payments.

Over the years, research has found numerous differences between men and women that affect their financial prospects and outcomes. While the gender wage gap is well known, economists at the Federal Reserve have also found that women have lower credit scores on average, and some studies have shown there may be a difference in risk aversion between the genders.

In an earlier study, LendingTree reported that single women owned homes at higher rates than single men. This suggests women are overcoming both the gender pay gap and the credit score gap in pursuing their dream of homeownership.

However, it seems women are paying a higher price to access homeownership than they should. A new LendingTree study of data from the Consumer Financial Protection Bureau reveals that women report being less prepared in terms of knowledge about mortgages and also comparison shop less than men. This can result in considerably higher costs. LendingTree data shows that borrowers can save tens of thousands of dollars over the life of a 30-year mortgage loan by shopping around.

Understanding home buying and mortgages can be a little daunting, but getting educated about the process can greatly improve a borrower’s experience — and potentially save them substantial sums of money.

Data on mortgage shopping activity was taken from the Consumer Financial Protection Bureau’s National Survey of Mortgage Originations (NSMO), which provides insights into borrowers’ experiences in getting a residential mortgage. In each quarter since 2014, the CFPB has sent surveys to borrowers who recently obtained mortgages to gather feedback on their experiences during the process of getting a mortgage, their perception of the mortgage market and their future expectations. 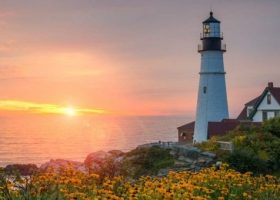 Buying a home has long been a hallmark of the American dream. But potential buyers can quickly find themselves struggling to navigate a whirlwind of credit checks, differing loan terms, …

END_OF_DOCUMENT_TOKEN_TO_BE_REPLACED 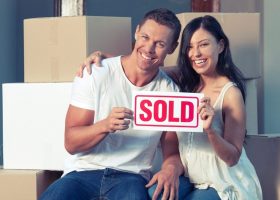 Buying a home is an exciting milestone, but the homebuying process can be confusing and overwhelming. Whether you’re buying a house for the first time or trying to find a …

END_OF_DOCUMENT_TOKEN_TO_BE_REPLACED

What is Nations Lending? Nations Lending was founded in 2003 and has grown into a national mortgage lender. The company is headquartered in Independence, Ohio, but operates numerous offices and …

END_OF_DOCUMENT_TOKEN_TO_BE_REPLACED 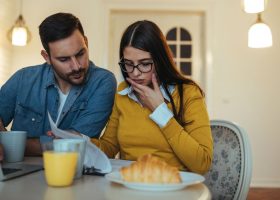 What Is the Mortgage Credit Certificate?

As a first-time homebuyer, you most likely already know some of the biggest federal tax benefits of owning a home, like possibly being able to deduct both the cost of …

END_OF_DOCUMENT_TOKEN_TO_BE_REPLACED

LendingTree, the nation’s leading online loan marketplace, has examined how race impacts homeownership rates in the nation’s 50 largest metros. This study, similar to another piece we published that looked …