Natural disasters can be devastating to individuals and communities. The damage is often particularly hard on homeowners, who might witness the destruction of their homes through no fault of their own.

If there’s one silver lining, it’s this: Natural disasters do not appear to have much, if any, lasting impact on the value of most homes in the nation’s 50 largest metros, according to a new study by LendingTree, the nation’s largest online loan marketplace.

How to protect yourself and your home against natural disasters

The easiest way that homeowners can prepare for a disaster is to carry insurance on their home. Depending on the type of coverage, it can help pay for many of the damages that have been caused by a disaster.

Beyond insurance, there are certain steps that you can take to help ease the financial damage that a natural disaster can cause. LendingTree has created several guides to help homeowners pay for their mortgage and protect their credit score during the time immediately following a disaster.

Disasters have such a small impact on long-term home values because they are relatively rare and aren’t necessarily severe enough to cause long-term damage. That being said, one of the major side effects of climate change and global warming is an increase in the frequency and potency of natural disasters. As a result, while natural disasters might not have a huge impact on home prices today, their impact might be more noticable a few decades from now.

The natural disaster data used in this study comes from the Federal Emergency Management Agency, which lists all natural disaster declarations by county in the U.S. over the past several decades. By mapping counties to their respective metropolitan statistical areas (MSAs), we were able to see how many disasters struck each metro featured in our study over the past 10 years.

For this study, disasters that began and ended on the same day were counted as one, even if they were cataloged twiced by FEMA. Furthermore, disasters such as gunfire and explosions were also excluded since this study focuses on disasters commonly referred to as “acts of God.”

The 2009 median housing value and household income and unemployment rate for each MSA is from the 2009 American Community Survey with one-year estimates. This data looks at the median value of owner-occupied homes in the nation’s MSAs.

The 2019 median housing value for each MSA comes from estimates provided to S&P Global by Claritas. The estimates are based on data from the American Community Survey as well as the House Price Index from the Federal Housing Finance Agency and the Case-Shiller house price index. As with the American Community Survey, this value looks at owner-occupied homes in the nation’s metropolitan statistical areas. 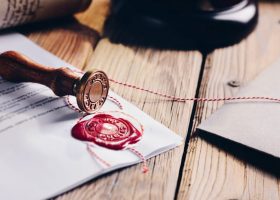 After You Buy a House, You Need a Will

A few weeks after closing on your brand-new house, you’re driving home, excited to unpack your last few boxes. Suddenly, a semi-truck cuts you off, and you swerve off the …

END_OF_DOCUMENT_TOKEN_TO_BE_REPLACED

Half of Americans Would Choose This Over Paying Down Debt

We surveyed Americans about their dream home, and learned about some key generational differences — and similarities. We also asked what respondents would give up in order to live in …

END_OF_DOCUMENT_TOKEN_TO_BE_REPLACED

Editor’s note: The overall conclusions, recommendations and opinions are the author’s alone. The information in this article is accurate as of the date of publishing. Independent Mortgage Corp. is a …

END_OF_DOCUMENT_TOKEN_TO_BE_REPLACED 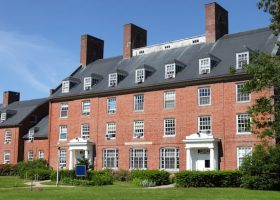 The Best Places for Young Families in Rhode Island

Rhode Island is proof that good things really do come in small packages. The Ocean State is the smallest in the U.S., but it offers a variety of options when …

END_OF_DOCUMENT_TOKEN_TO_BE_REPLACED 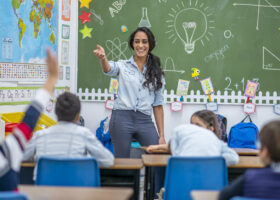 Home Loan Options for Teachers: Where to Find Help

Teachers are among the most admired professionals in the country, but their pay lags other professions — and that can make it difficult to buy a home. Luckily, many communities …