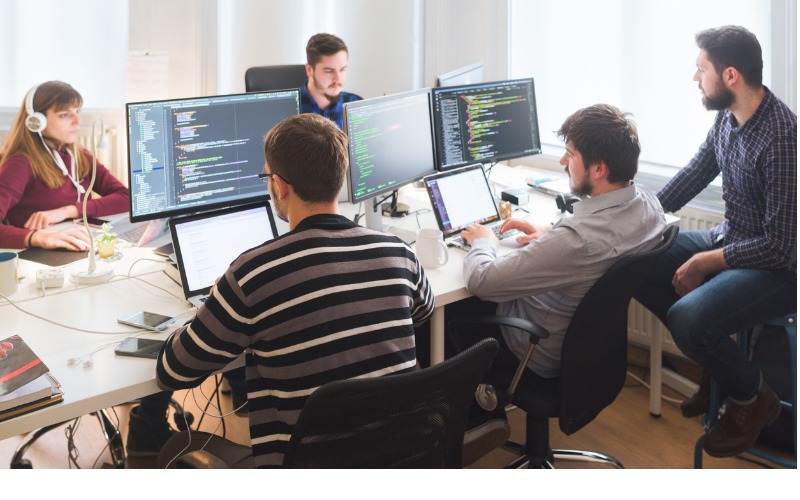 A coding bootcamp can put you on the fast track to a high-paying and in-demand career. The programs, which often run for about 10 to 14 weeks, generally emphasize real-world skills. You may be able to choose from several focuses, such as software engineering, data science or UX/UI design. Many schools offer assistance with job placement once you finish.

Different coding bootcamps come with different costs. While these programs are much less expensive than traditional colleges and universities, they often aren’t cheap, and students may take out coding bootcamp loans to help cover the cost of tuition and living expenses.

How much coding bootcamp costs

The average cost for a full-time in-person coding bootcamp in 2018 was $11,906, according to Course Report. The website, a leading source of research on coding bootcamps, based its latest report on responses from 100 bootcamps in the U.S. and Canada.

Although an online bootcamp may sound more affordable, that may not be the case depending on your budget.

Course Report found online-based bootcamps aren’t much less expensive from in-person bootcamps. They have an average cost of $11,118, though they tend to be a little longer (15.4 weeks on average versus the 14.4-week average for in-person programs).

A part-time program, meanwhile, may come with similar costs to its full-time counterparts. For example, General Assembly offers a 12-week, full-time software engineering program at its San Francisco campus for $14,500 if you pay in full upfront and a remote option for $1,000 less. Its part-time remote program costs as much as the full-time remote option.

You’ll need to budget for living expenses while you attend the bootcamp. This could be a significant cost, particularly for programs based in high cost-of-living areas, such as New York City or San Francisco. Choosing a part-time program and working part-time could make the arrangement more manageable – even if it doesn’t reduce the cost of your program.

How to pay for coding bootcamp

Not all bootcamps offer this option, but a deferred tuition plan allows you to enroll and complete a bootcamp while putting off payments until after you graduate and find work.

App Academy is an example of a bootcamp that offers deferred tuition. It has online courses and campuses in San Francisco or New York City and you can choose from several options:

Some bootcamps offer a special type of deferred tuition called an income-sharing agreement (ISA). Rather than paying a specific amount after graduating, you’ll pay a portion of your salary for a predetermined number of years.

With the Flatiron School’s income-sharing agreement, you pay an initial $2,000 deposit and don’t have to make additional payments unless you find a job and make at least $40,000. Once you start working, you’ll pay 10% of your monthly gross income until you reach the payment cap (1.5 times the tuition), make 48 monthly payments, or 102 months have passed since you left the school.

The App Academy also has an income-sharing agreement it calls the Tuition Limit Option. It will take 23% to 31% of your first year’s compensation depending on your payment plan and what city you find work in. In some cases, you might wind up paying less overall with the Tuition Limit Option than sticking with a traditional deferred tuition plan.

Some bootcamps offer traditional payment plans that involve making a series of fixed payments directly to the school.

A payment plan could help you afford a program if a large upfront payment isn’t possible, and you don’t like the idea of having a portion of each paycheck taken out later, as is the case with an income-sharing agreement. You might wind up paying slightly more than you would with an upfront payment, but less than you would if you took out a loan.

Several lenders offer coding bootcamp loans that can help cover a deposit or tuition and your cost of living while you attend the bootcamp. First, find the bootcamp that you think will be a good fit, and then ask about financing options.

Many bootcamps partner with lenders (Climb Credit and Skills Fund are two popular options) that offer installment loans. You may be able to get special financing offers, such as interest-only payments while you’re in school, if you apply for a loan through the bootcamp. Some bootcamps also partner with third-party lenders that offer income-sharing agreements.

Rather than taking out a bootcamp-specific loan, you could use a personal loan to fund your tuition and living expenses. Personal loans are unsecured, meaning you don’t have to put down collateral qualify. However, only borrowers with strong credit may qualify for their best rates — if at all. Those with less-than-stellar credit may see high rates that could make a personal loan unaffordable.

Compare lenders and their loans and make sure a loan is feasible for you to repay before committing. You may consider the following factors when comparing lenders:

In many cases, you can apply for loan preapproval with a soft credit check, which won’t affect your score. Getting preapproved with several lenders can help you decide which is best for you as you’ll get a sense of the rates and terms you may qualify for.

Seek out scholarships and grants

You can’t use federal student loans to pay for coding bootcamps. However, you can find a variety of scholarships and grants that may help lower, or completely cover the cost of a bootcamp. Some of these are available from the school, while others are funded by third-party organizations.

Often, the scholarships and grants are available to need-based applicants, such as those who have a low income, or to members of generally underrepresented groups, including women, veterans and minorities.

For example, Grand Circus, which has campuses in Detroit and Grand Rapids, Mich. offers a $1,500 diversity scholarship and $2,500 scholarship to applicants who worked in the automotive industry and were laid off. It also partnered with the city of Grand Rapids, which offers $5,995 needs-based Tide Grant to qualifying Greater Grand Rapids residents.

If you’re currently employed and think a bootcamp could increase your value to your employer, you could propose that your company helps (or completely covers) the cost of a bootcamp. Convincing your manager to pay for a $12,000 course and give you the time off could be difficult, but it’s not necessarily impossible or unreasonable.

Course Reports found that 24 bootcamps partnering with companies to offer training to employees in 2018. While your company might not be big enough for a full-on partnership, sending you to a bootcamp could be more cost-effective than hiring a new employee.

Use your GI Bill benefits

In addition to offering discounts or scholarships to veterans, some coding bootcamp accept GI Bill benefits. These include in-person, online and hybrid programs, although you may only be able to use your GI Bill benefits for certain focuses or at certain campuses.

There are also bootcamps that are part of the VET TEC program, which offers tuition and housing assistance to veterans pursuing a career in IT and doesn’t count against your GI Bill benefits.

Apply for a low-cost or free coding bootcamp

There are several bootcamps that raise money from corporate sponsorship and partnerships and charge students a greatly reduced tuition, or even offer free programs. In exchange, you may be required to intern or work at the partner company after you finish the program. A few examples include 42, Zip Code Wilmington, Ada Developers Academy and Revature.

Is coding bootcamp worth it?

Committing to a coding bootcamp is more than a financial decision. While there won’t be a drill sergeant screaming into your ear, they’re called bootcamps for a reason. Many of these programs, particularly the full-time immersive ones, expect students to spend 80 to 100 hours a week studying and practicing.

You don’t necessarily need prior expertise to pass the admissions process and succeed, but many of well-regarded programs look for applicants who are curious and passionate about learning to code.

If you’ve never tried coding before, it’s likely best to try your hand at some of the free or low-cost online programs first to make sure this is something you’re interested in doing full time and to prepare for basic coding challenge that applicants often must pass. Bootcamps may offer free introductory or prerequisite courses for prospective students, or some have paid prep courses with the fee going toward the bootcamp, or a refund if you aren’t accepted.

In terms of an economic payoff, a coding bootcamp could more than pay for itself. It isn’t always a happy ending and you should carefully vet the programs and try to find and interview past graduates before starting. Some bootcamps have run into legal trouble after making unsubstantiated claims about their graduates’ employment rates and starting salaries.

However, the 2017 survey from Course Reports found that of the 1,450 graduates who responded, about 80% found a full-time job and their average starting salary was $70,698. That’s about a 50% increase in the cohort’s salary compared to before the bootcamp.