WASTE of time and money

Jumped through ALL the hoops, got their requested paperwork to them in less than 24 hrs.
then sat and waited 6 WEEKS to find that Rocket could not seem to get an appraisal ordered for my property so they withdrew their offer. They did NOT refund the $150 they charged ME for the credit check even though it was THEIR fault the loan did not go through.
I THEN applied with my local credit union and my loan was CLOSED in 10 business days with a better rate to boot !!

pulled my credit report when I asked Not to

First, I talked to one guy who could not spell our names even after spelling.
The second time, I talked to someone else I asked not to pull our credit report as I was not sure I wanted to go with this company. He ignored my request and pulled my credit report. I am not even sure if this is ethical on their behalf.

They want all of your info. They give no quote. Just require personal data to move to the next screen.

Was told I needed to pay off 2 accounts to get conventional loan. When time came was never told I didn't qualify. Poor communication.
Deal canceled and hope to get my deposit back.

I was called numerous times per day and when I didn't answer them all, I was emailed by two separate individuals telling me I was referred to them "specifically" as they are part of the "escalation team" dedicated to earning my business.
I replied to one individual, who after sharing a couple emails outlining what I would like to see as an estimate based on other estimates I had received, then it was radio silence from him unless he was asking for items that I clearly indicated I did not have, which when you're on a timeline is extremely frustrating. The next email I got from this guy that I had been working with was again the template telling me I was referred to him specifically as he is part of the escalation team! I understand there likely isn't much they can do to lower interest rates or reduce costs in all honestly, but then you don't reach out to someone offering to do so only so you can waste their time.
When I replied that I had already been working with him DIRECTLY, there was no apology or explanation for his prior silence, just that he was working on getting it - which apparently takes numerous days.
Then, when his estimate that was presented was sub-par to others that I already had, he got pushy and told me that my decision should be based on the numbers at closing, which is why I should choose Quicken - which clearly indicated that he had no idea what I had been asking him about why his costs are higher etc. No explanations, just got pushy with the sale, and somehow determined the "numbers" to be the selling point after being told they are worse.
Did not end up continuing communication with them as it was simply a waste of time this whole process to even try to get an estimate and then have any questions answered.

SO many issues, where do I start?!?!
First and most critical (for us) was the 18-hour notice we received that the closing date needed to be pushed. This was further exacerbated by our situation requiring an out-of-town move. Remodelers, movers, PODS delivery, etc. needed rescheduling, some of which charged penalties, NONE of which was reimbursed by Quicken. Naturally, that was 3 days more hotel as well (date was pushed from Friday to Monday). Seller and myself had agreed ONE WEEK prior to the assigned date, but that did not matter to quicken.
Secondly, estimates and disclosures were missing MAJOR charges, some of which are STANDARD calculations for even the most green trainees. I had to become an expert at “transfer taxes” to estimate my own expenses before entering closing. In addition to the stamp taxes on your home (which is required for every sale), “intangible” taxes and “promissory note” fees are added whenever someone applies for a mortgage. You’d think that a MORTGAGE COMPANY would be aware of these common charges, but they were not in the estimates – yes, estimates plural, because I received 4 different ones, and only the last one included these charges. Other charges were missing as well (HOA fees, buyer title policy, etc.), but the transfer taxes were an unexpected $2300 for something that they SHOULD have been very much aware of.
Thirdly, notifications for important milestone signoffs are the client’s responsibility. Yes, when you initially talk to them, they sweet talk you into thinking that they’re handling everything and that you’ll be notified (somehow) as to time-sensitive documentation that endangers milestones (such as closing). In reality, the system does not send you email notifications when a document is ready, despite your account being online and registered to an email. This resulted in the client (myself) getting the blame when I signed a document 1 day too late, thus pushing the closing. Mind you, it was the same day that I was reviewing an estimate and acknowledging my interest rate lock. After I completed both those documents that day, the system generated a new estimate late that night, but since I didn’t get to it till the next morning, it pushed the closing. Mind you, I had been checking the site 3x per day on my own (WITHOUT NOTIFICATION) to make sure this exact situation did not happen, but silly me for not checking the website a fourth time that day.
Fourthly, the “team” working on your case is comprised of many people, none of which are aware of the whole situation at any one time. My first conversations were with a loan officer, who thoroughly explained the details of a mortgage before I agreed to enter into agreement with Quicken. He was very knowledgeable, unfortunately I never had a chance to talk to him again until the fiasco the week of closing. Most of my interactions were with a rep, who only knows enough to help you navigate the website. If I have detailed questions on mortgage charges, he suggested I talk to the loan officer. If I had questions on closing, he suggested I talk to the closing team. When I had a mortgage question once, I tried getting a hold of the officer, but he was on vacation that day, so I ended up talking to his manager, who was not familiar with details and suggested I wait till he gets back. When I called the rep about closing charges, he forwarded me to the closing team. Lastly, when I called the rep about the closing date delay, is when he accused me of signing the documentation late and wouldn’t budge. Furious, I called the closing team to let them have it, and they let it slip that my rep was on vacation that whole week, and there was nothing I could do. Apparently, neither the closing team, nor the loan officer, nor the manager were capable of calling or emailing me UNTIL 18 HOURS PRIOR to closing, even though they knew ONE WEEK PRIOR (as indicated by the closing team). It is unfortunate that this 1 estimate document that I acknowledged 6 days (instead of 7) prior would be so powerful, especially considering how OFF the numbers were.
Lastly, there is a HUGE charge for points on interest rates. With other lenders, if I’m satisfied with the market rate, I do NOT pay for any points, unless I want a lower rate. With Quicken, I was charged 2.125% of the loan amount at closing, just to get the market rate!!

The company went forward with a hard credit check without notifying me that they cannot provide me service in CT I asked for clarification and they said they just weren't able to work with me in CT given the rules.
The loan agent didn't clarify as to the specifics. So it was time to move on.

Don't do something you'll regret

I am again considering refinancing after being turned off to the whole notion years ago by the incessant hard sell tactics from this company.
When Quicken popped up as a potential lender I completely disregarded it due to past experience.
I ended up back on the page and thought I'd see what others had to say - maybe I could reconsider...
Sadly, my experience was confirmed by others' comments.
How frustrated are you willing to get in order to potentially save a quarter point, is the question you need to ask yourself.
Happy shopping!

Quicken called me in April to consider refinancing my existing Quicken mortgage. We decided to proceed. Appraisal came in at more than even I expected; LTV was about 60%. Great credit scores. All documentation was submitted. Received the letter of approval within two weeks. We were supposed to be floating, but they locked our rate a few days later. Quicken said it was locked in anticipation of closing within two weeks. OK. Then we waited. And waited. New paystubs were requested four times. Rate lock was extended four times. Calling got no answers. Messaging got no responses. The fifth rate lock extension raised the points (even though rates had been falling), and a request for new paystubs was made. I messaged Quicken to let them know I would not be submitting new paystubs until the points were changed and I got a firm closing date. Quicken didn't respond to my message, and closed my application since I didn't submit new paystubs. What a waste of time. Good riddance. We started over again elsewhere and got a better rate, lower points and lower closing costs. 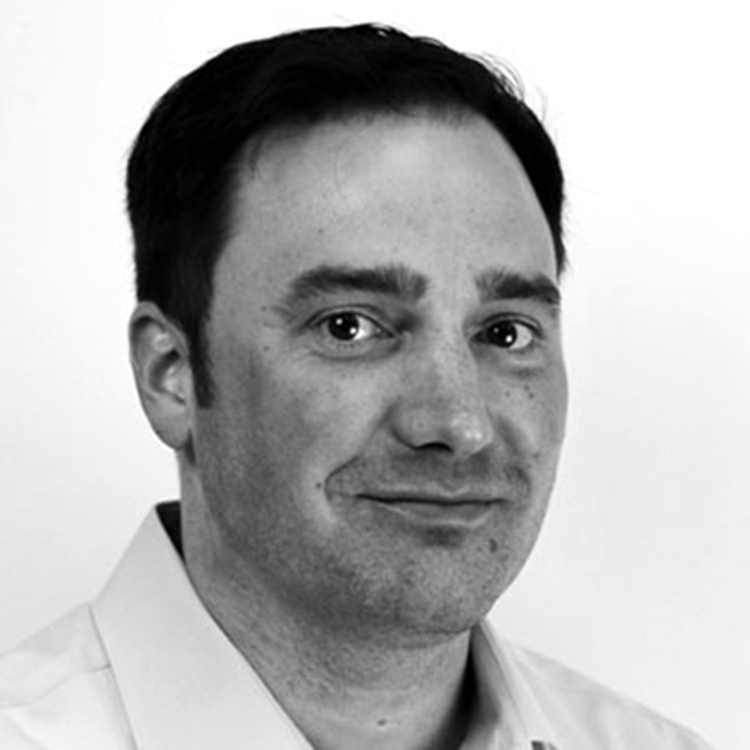 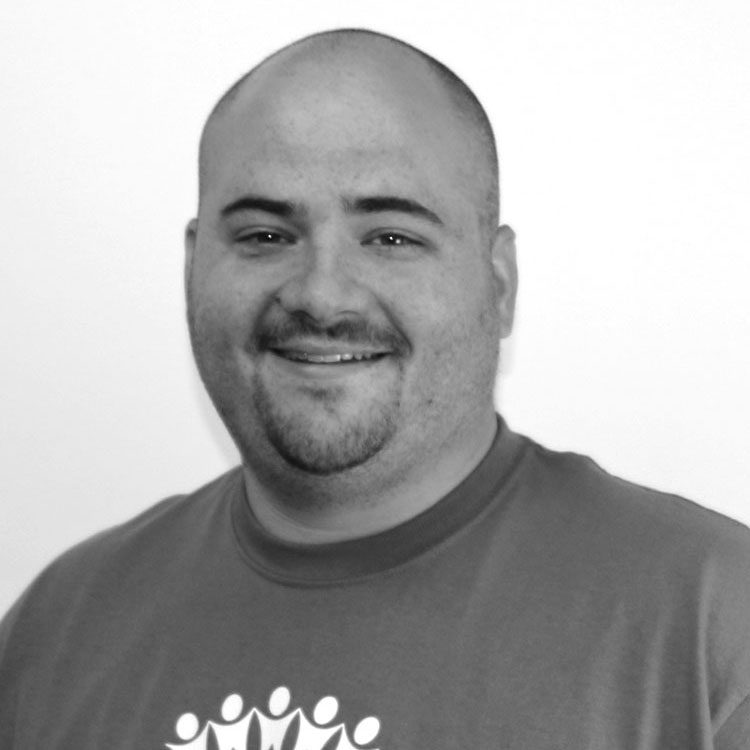 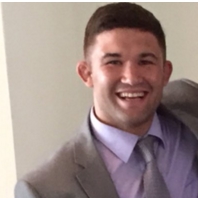 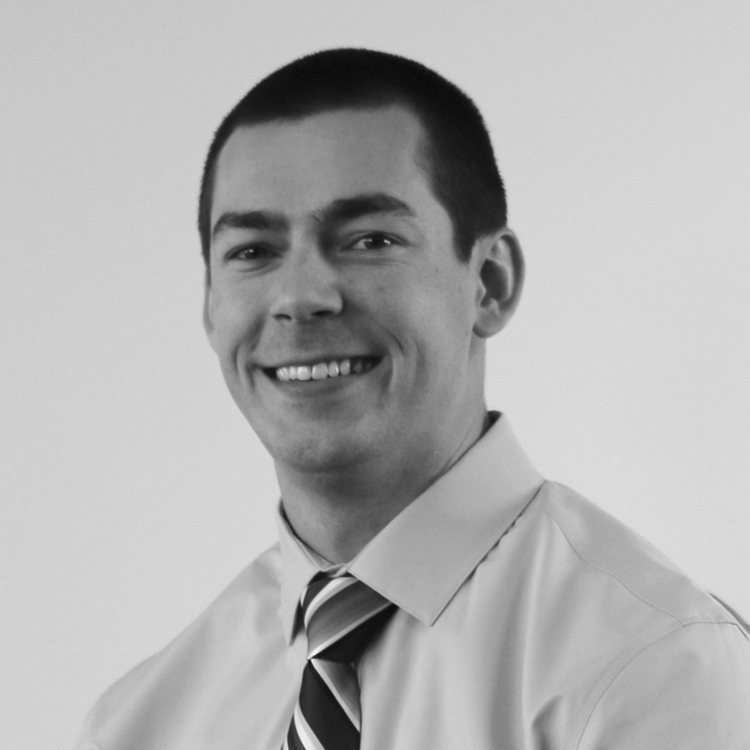 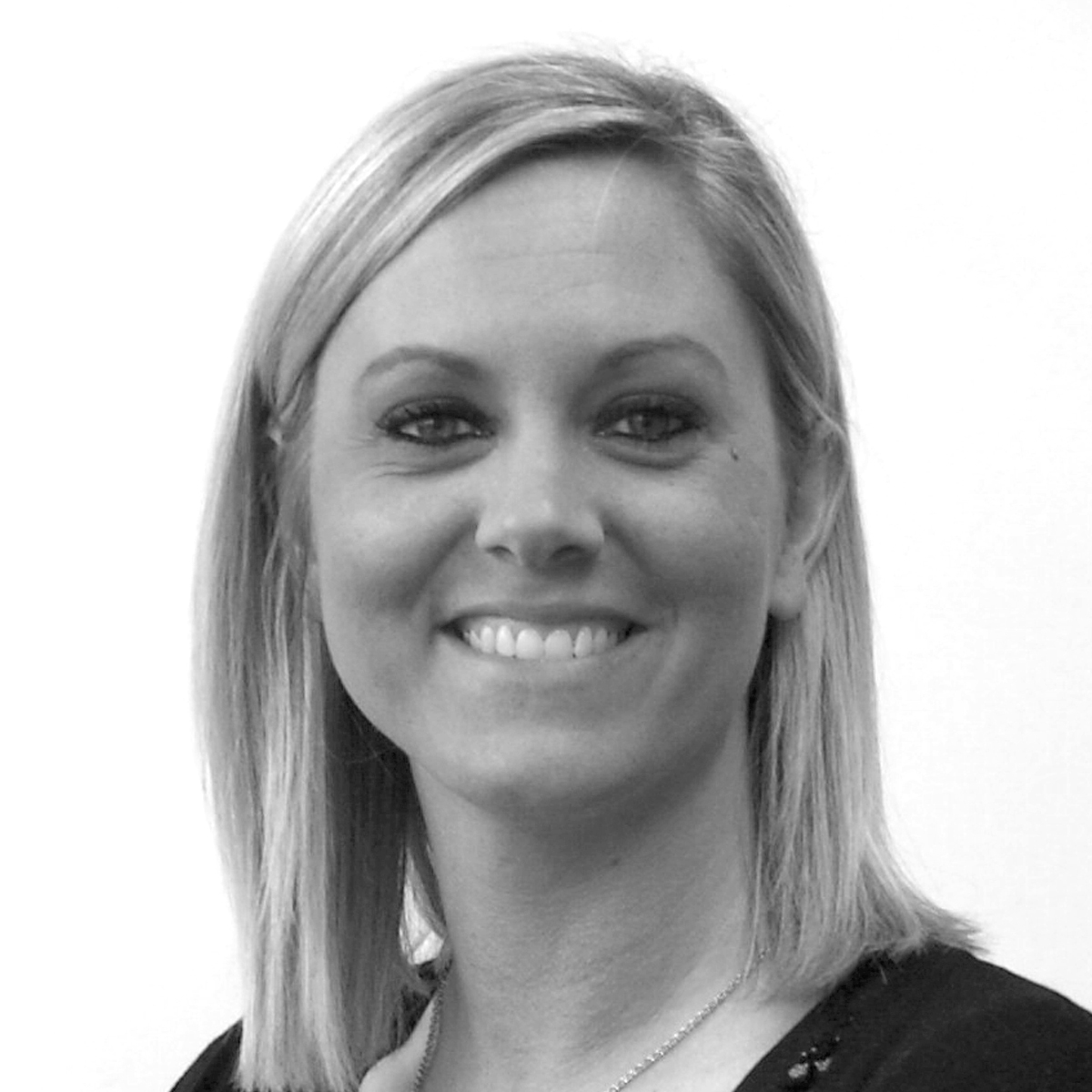 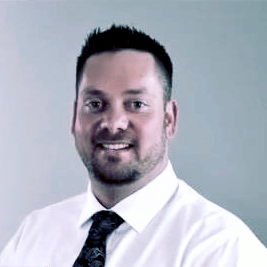 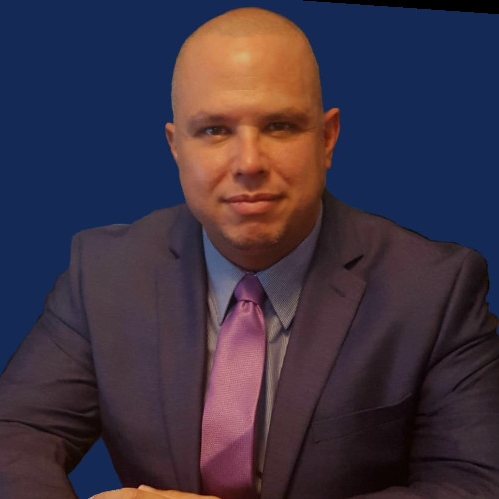 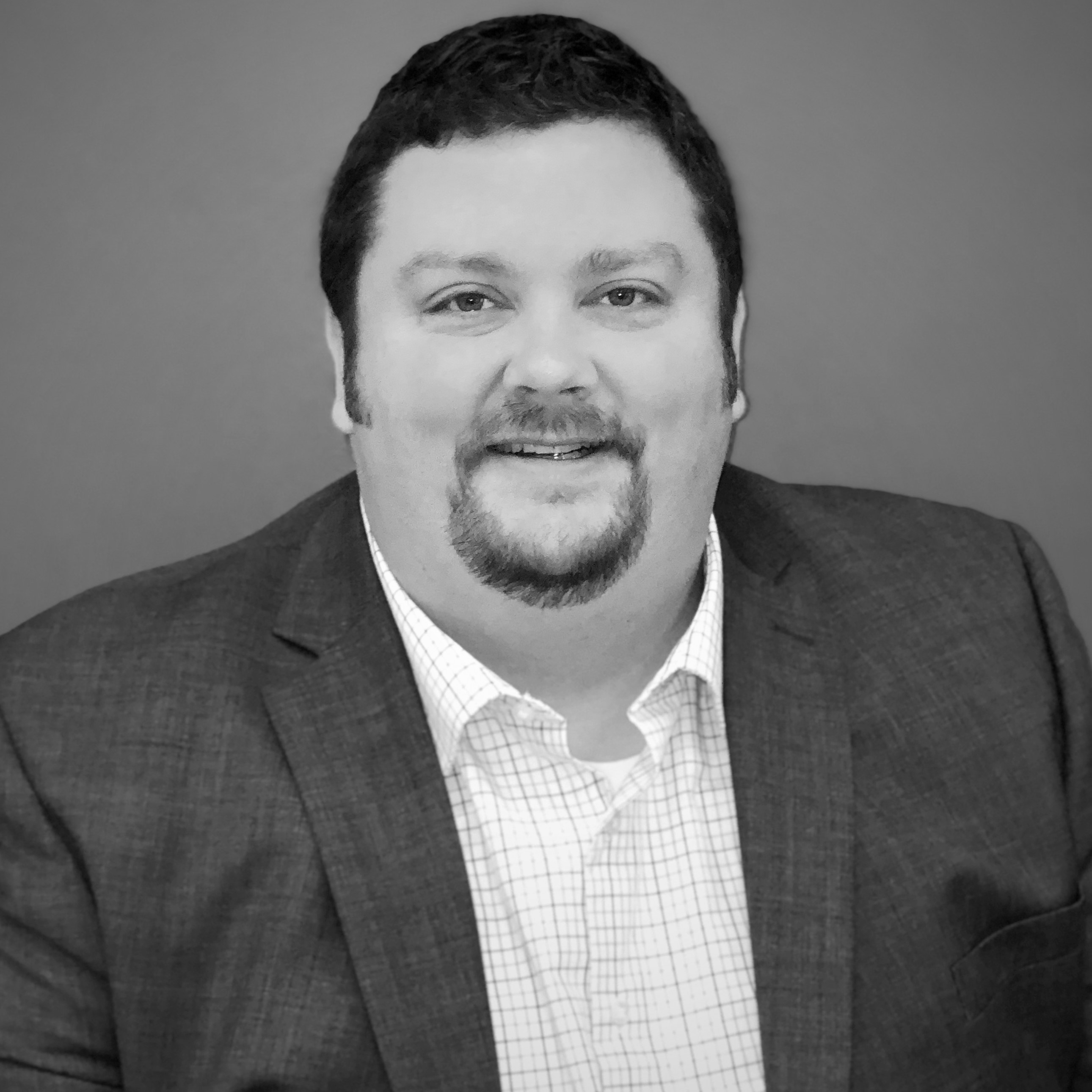 Let's answer a few short questions and see what offers ROCKET Mortgage and other lenders may have for you.