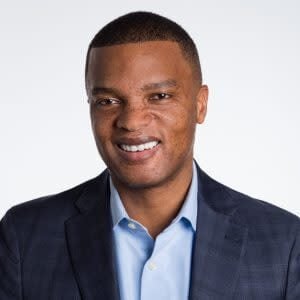 Tendayi Kapfidze is Vice President, Chief Economist at LendingTree. He leads the company’s analysis of the U.S. economy with a focus on housing and mortgage market trends. Tendayi utilizes data analysis to be a resource for both consumers and trade media, providing actionable insights to help consumers make informed financial decisions. He has been quoted in numerous publications including The New York Times, The Wall Street Journal, The Washington Post, USA Today, Yahoo Finance, The Chicago Tribune, The Miami Herald and Reuters and has appeared on CNBC and Cheddar television.

Tendayi has a successful track record as a research professional specializing in macroeconomic and financial analysis. In his most recent role, Tendayi served as Director of Global Economics at Pfizer in New York City. He crafted Pfizer’s view on global macroeconomic trends, advising the executive leadership team on economic and financial risks. Prior to his position at Pfizer, Tendayi served as Director of Economic and Capital Markets Research at Ally Financial and as Vice President and Senior Economic Analyst in the chief investment office at Bank of America.

Tendayi earned his B.S. in Engineering Management at Saint Louis University and his M.S. in Applied Economics from Johns Hopkins University.

For the past several years, and especially since the start of the coronavirus pandemic, home prices have been steadily climbing. As a result, homeowners are... END_OF_DOCUMENT_TOKEN_TO_BE_REPLACED

What does it mean to be burdened by housing costs? That varies from household to household, depending on its unique needs and financial considerations. In... END_OF_DOCUMENT_TOKEN_TO_BE_REPLACED

While home prices are rising across the United States, housing costs can vary significantly in different parts of the country. To get a full picture... END_OF_DOCUMENT_TOKEN_TO_BE_REPLACED

Old But Not Forgotten: LendingTree Finds Metros With the Largest Share of Old Homes in America

Old houses can possess a certain charm that’s difficult to replicate with newer construction. Because of this, some homebuyers seek out old homes to make... END_OF_DOCUMENT_TOKEN_TO_BE_REPLACED

LendingTree Ranks the Most Popular Metros for Baby Boomer Homebuyers

Baby boomers are the wealthiest generation of Americans alive today, according to the latest Federal Reserve data. While some may no longer be active in... END_OF_DOCUMENT_TOKEN_TO_BE_REPLACED