LendingTree Reveals the Most Valuable Cities in America

American households own $28.4 trillion of residential real estate, a significant part of the $100 trillion in household net worth. Financial assets add $81.7 trillion, consumer durable goods add $5.7 trillion while debts, including mortgage, subtract $15.6 trillion. The real estate wealth is not evenly distributed across the country and is largely concentrated in metropolitan areas. But which are the most valuable cities in America?

We also compared the total value to the GDP of countries around the world. Of course, the comparison is not apples to apples: GDP represents a single year’s output while the value of homes persists year after year (mostly upwards and a few times declining). Nonetheless, we thought it may be fun to pair cities with their equivalent country GDP values. GDP data is from the IMF.

The Most Valuable Cities in America 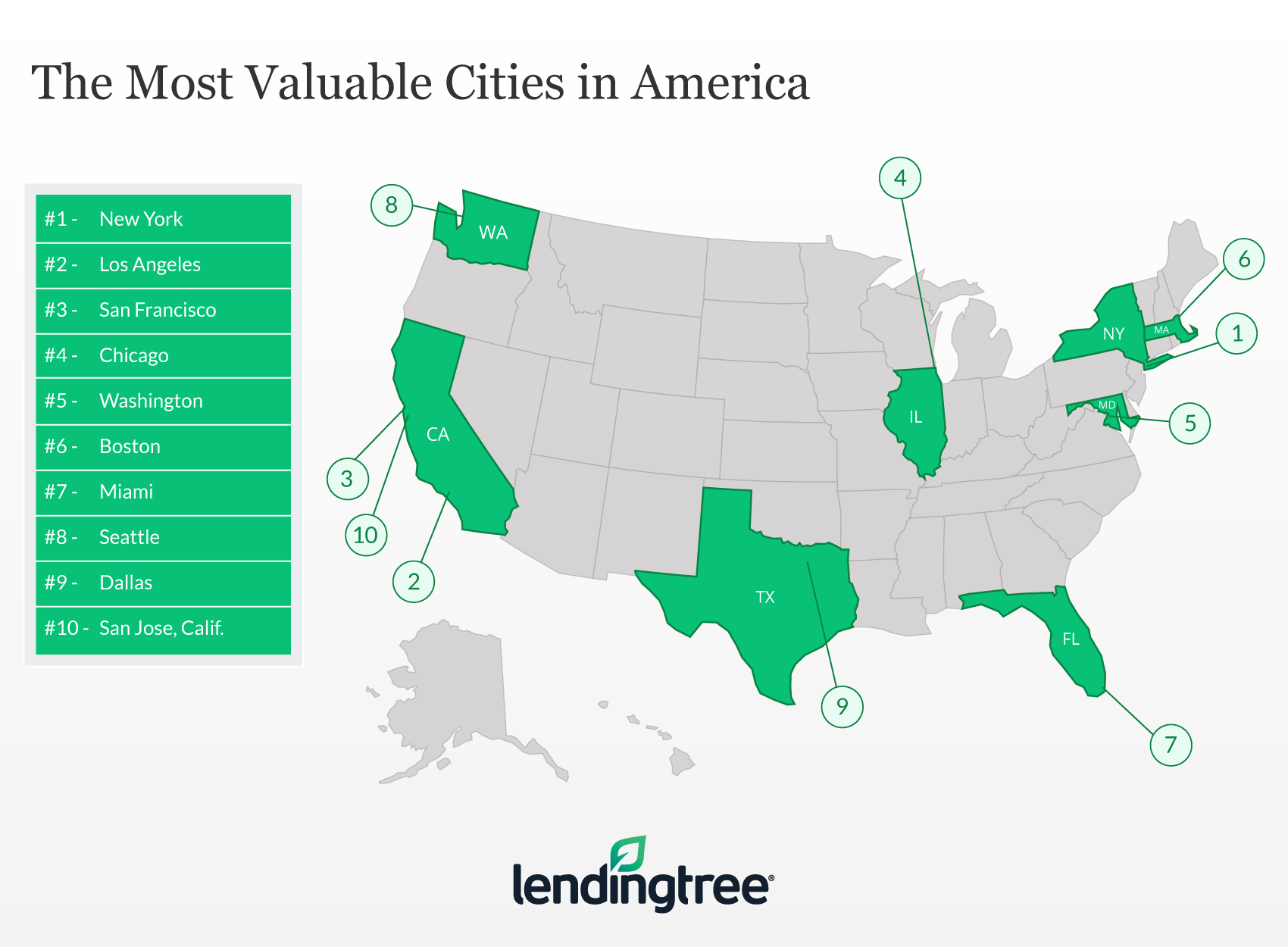 Methodology
To determine the total value of cities, LendingTree looked at home value figures pulled on June 26, 2018 from the LendingTree property value database. The database includes estimated home values for more than 155 million properties in the U.S. based on public tax, deed, mortgage and foreclosure data, as well as proprietary local data used to power home financing recommendations for LendingTree users. The total value of real estate in metropolitan areas in the database was $26.2 trillion, close to the Federal Reserve’s estimate of total residential real estate value of $28.4 trillion. GDP data was taken from the IMF’s World Economic Outlook published in April 2018.

This is your estimate of the current value of your property.

A business mortgage is also known as a commercial mortgage. It is a mortgage loan taken out on a commercial property like an office building, warehouse…

A process in which two or more parties attempt to get their offer accepted by a seller, usually by making repeated offers at higher amounts.

Decline in value of a house or car due to wear and tear, adverse changes in the neighborhood, or any other reason.

A home loan provided to a home buyer by the seller of the property.