Despite COVID-19 Crisis, 2020 Was Biggest Year for New Entrepreneurs

While many small businesses had to get creative to survive amid the coronavirus pandemic, others were being started in record numbers.

In fact, there were more business applications filed in 2020 than any year on record, according to U.S. Census Bureau data. New small businesses will have to lean on that creativity, too, as 20% of small businesses fail within the first year — and roughly 50% by the end of the fifth year.

Still, entrepreneurs across the U.S. saw something appealing about starting a business in 2020, despite the economic conditions. We’ll break that down at the national, industry and statewide levels.

Entrepreneurs have persisted, even in the face of bad economic conditions

When the last recession hit at the end of 2007, the number of business applications took a hit for the first time on record (the data became available starting in July 2004). 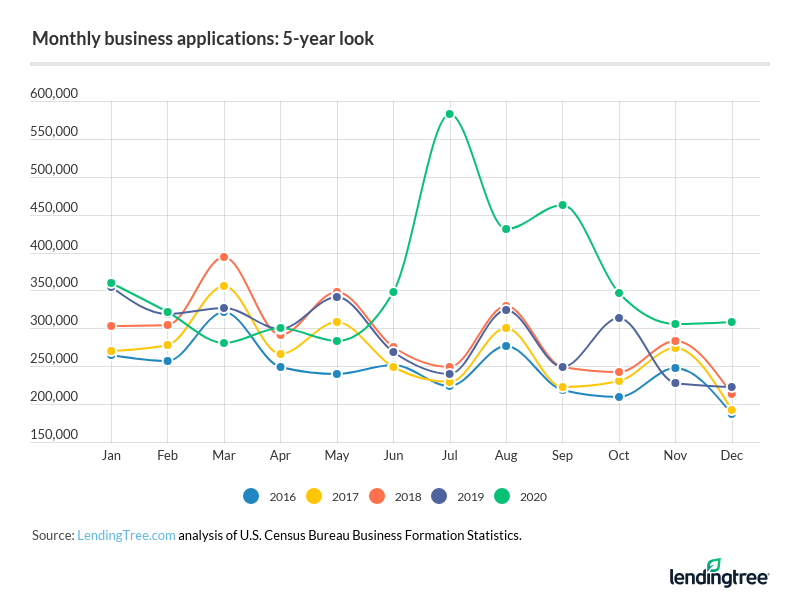 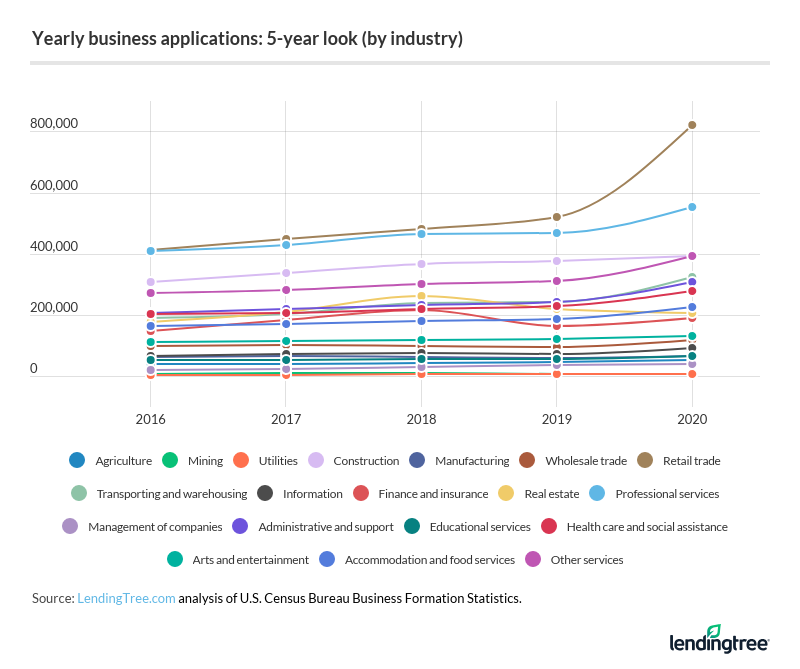 More: Average Business Loan Interest Rates: What to Expect in 2021

This increase came amid unprecedented support from the government in the face of challenging economic conditions. With enhanced unemployment benefits and economic impact payments supporting Americans, the personal savings rate shot up. You’d have to go back to 1981 to find a time when Americans had a higher savings rate than they did in March 2020.

All the time spent inside — perhaps with more money saved — could have encouraged people with dreams of becoming an entrepreneur to go for it.

Note: While our research covered the period through December 2020, January 2021 (more than 497,500 business applications) would have been the second biggest month behind July 2020.

Retail was the business of choice for entrepreneurs in 2020

Entrepreneurs had strong preferences when it came to what type of business they were looking to start. 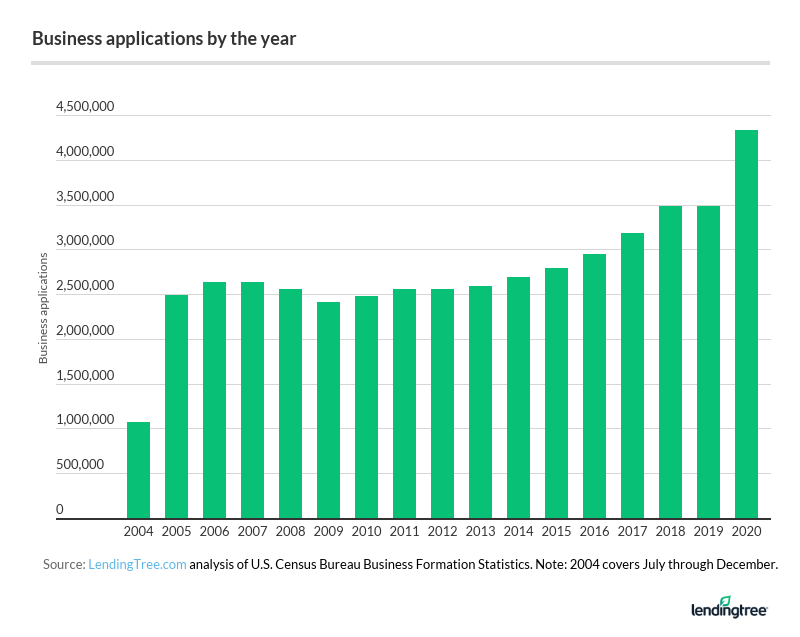 With businesses — especially retail businesses — being asked to respond to constantly changing rules around health and safety, it might be a little surprising that retail was the fastest-growing sector. But most of the industry growth came with nonstore retail, which includes retail businesses that people start from home.

Other industries that did well between 2019 and 2020 included:

We also took a look at the states that saw the biggest year-over-year increases — or decreases — between 2020 and 2019. Here’s what we found:

Meanwhile, North Dakota fared worst in our analysis. Overall, business applications dropped -4.3% in the state in 2020 compared to 2019.

Tip: A business loan can help new entrepreneurs get their idea off the ground if they’re finding it difficult to raise or save money to start a business.

LendingTree researchers analyzed U.S. Census Bureau Business Formation Statistics data to look at the total number of business applications that have been filed each year since 2004 — when the data first became available.