3 in 4 Americans Have An Online Subscription, And Video Streaming Is King

Three out of every four Americans has at least one online subscription, according to a new report from LendingTree. The most popular choice among subscribers? Video streaming.

Whether it’s shopping perks, music or video streaming or some other type of content, most Americans can’t go a day without being pitched some new online subscription service. The latest — and of the most high profile ones in recent years — is reportedly about to come from Apple. The technology giant is expected to announce its new video streaming service on March 25, 2019. When announced, the service will join a litany of companies battling for your dollar in the increasingly competitive online-subscription space.

LendingTree asked consumers about their views of these services, including how many they subscribe to, what types they prefer and how much they pay for them. What we learned was that most Americans have multiple online subscriptions, younger folks spend more on them then older folks do, and even carrying $5,000 in credit card debt isn’t going to stop them from signing up. 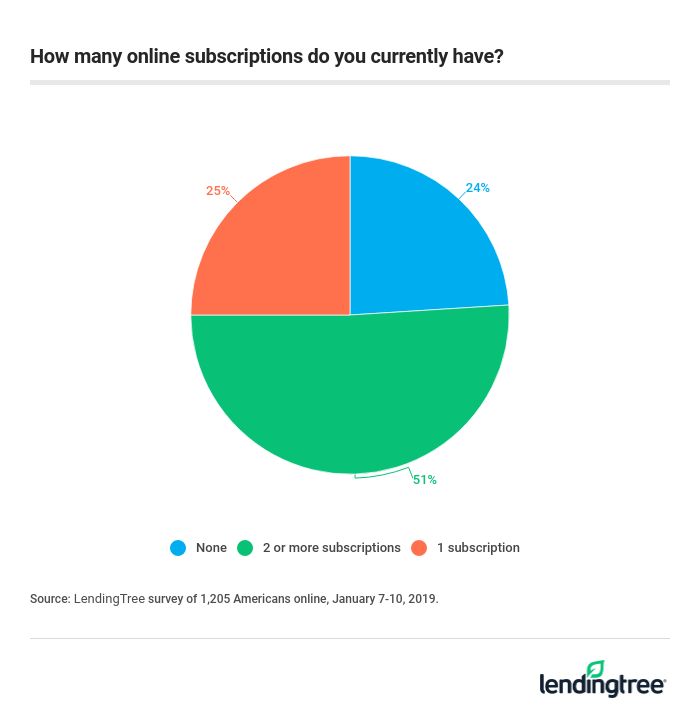 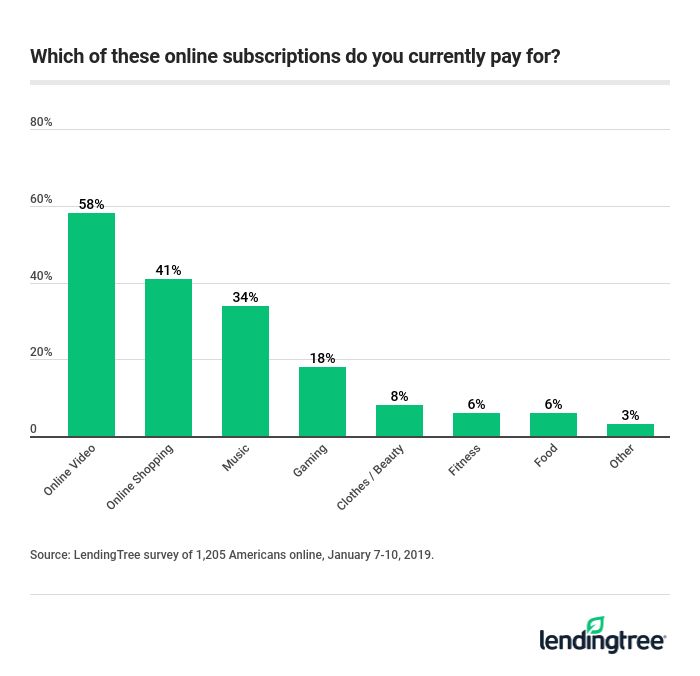 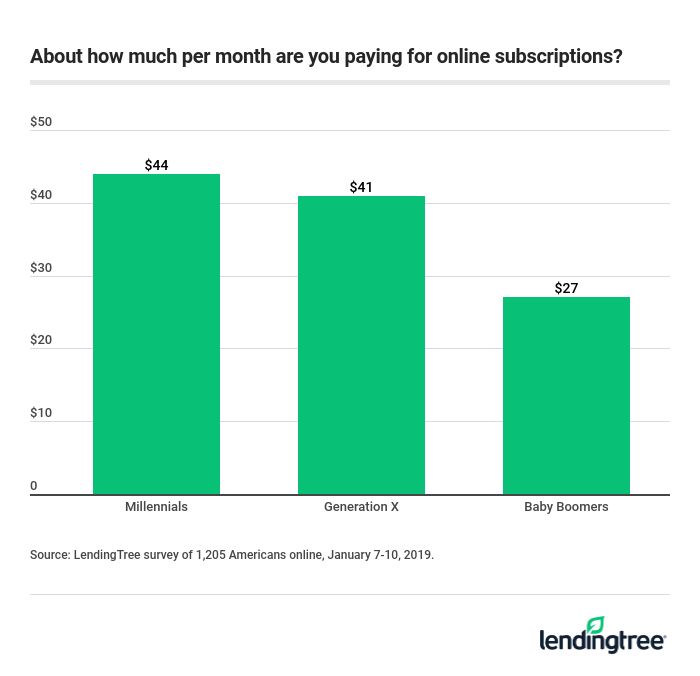 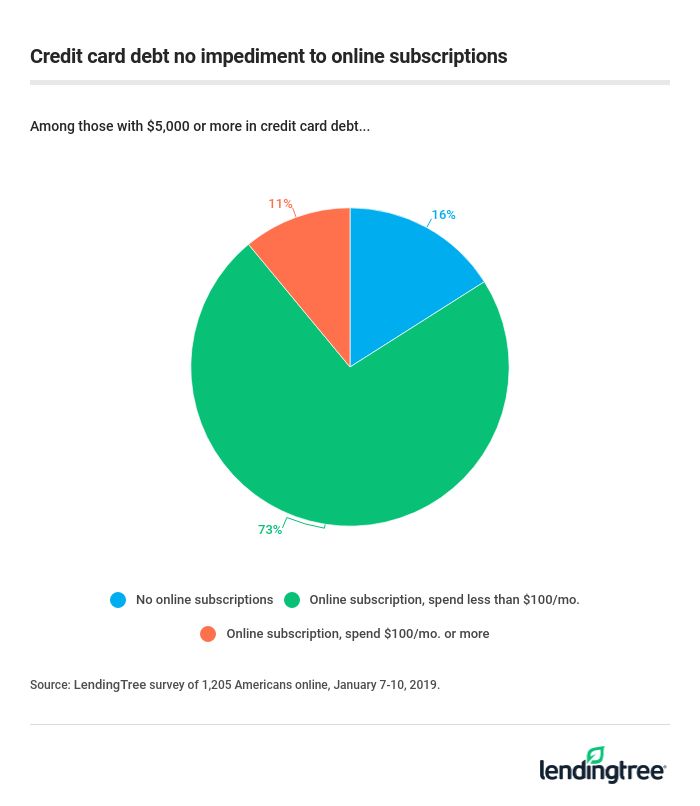 The bottom line: Enjoy those subscriptions, but manage them wisely.

Who doesn’t love settling in for an evening to binge-watch the latest show on Netflix or Hulu? These days, that’s as American as football, apple pie and polarization. As the survey shows, most Americans subscribe to at least one online service, and many of us to far more. That willingness by consumers to juggle multiple subscriptions at once certainly seems like good news for Apple and other companies battling for a piece of the online subscription pie.

Here’s the thing, though: Companies make it so easy to sign up for free trials of services that it is easy to get sucked in and then forget about unsubscribing. Before you know it, you’re stuck paying $50 for a service that you realized you didn’t want about 10 minutes after you initially signed up for it. Or perhaps you did remember to unsubscribe, but you can’t figure out how or where to do it. Many companies don’t make it easy to do. In fact, some companies’ entire business model depends on this retention-by-confusion strategy: Make it so difficult for them to unsubscribe that some of them will just give up and keep paying. Really consumer-friendly, eh?

Recently, MasterCard announced that it would soon require companies that offer free-trial subscriptions for physical products (such as wine or magazines or health-care products) to have subscribers opt-in again at the end of the free trial period before charging them. That’s very different from how things work today. The problem is that MasterCard’s policy only applies to physical products, not to streaming services such as Netflix or Spotify. That means that you will need to be cautious about those subscriptions for the foreseeable future. And that policy doesn’t yet extend to subscriptions charged to your Discover, Visa or Mastercard.

So what does it mean to manage them wisely? Here are some tips:

3 in 4 Americans Have An Online Subscription, And Video Streaming Is King

We asked consumers about their views of online subscriptions, including how many they subscribe to, what types they prefer and how much they pay for them.