When it comes to Halloween spending, about half of millennials say they’ve done it for the “gram” (Instagram) and other social media sites, according to a new report from LendingTree.

With Halloween rapidly approaching, LendingTree asked consumers about their spending habits for the holiday. We asked people how much they spend on Halloween compared to other holidays, how much pressure they feel to spend and from whom that pressure comes and how much of a role social media plays in their decision making.

While it’s not shocking that Halloween is a huge deal on social media and has been for many years, the number of folks who spend on Halloween items just to create social media posts – and what types of people are most likely to do it – took us by surprise. 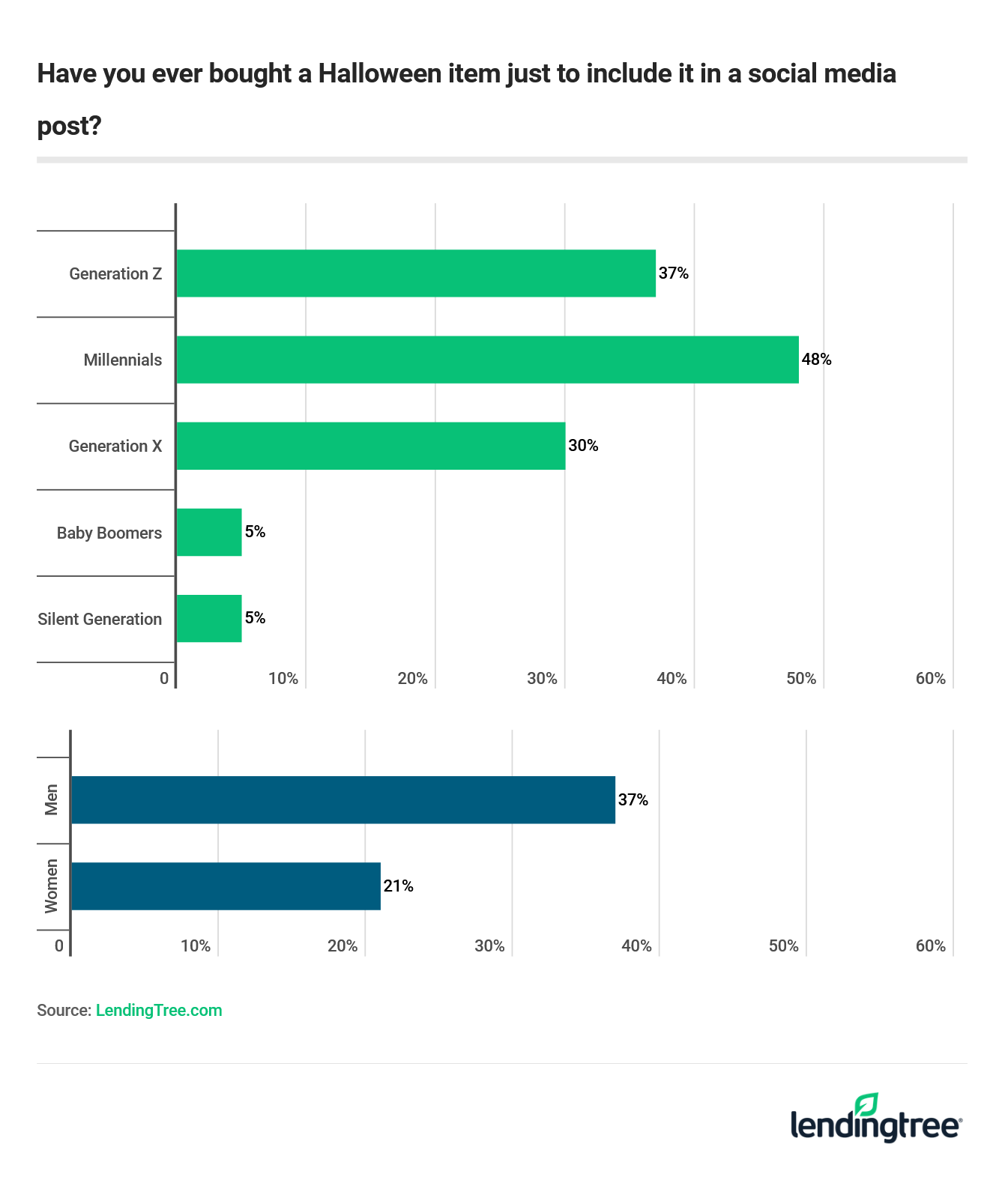 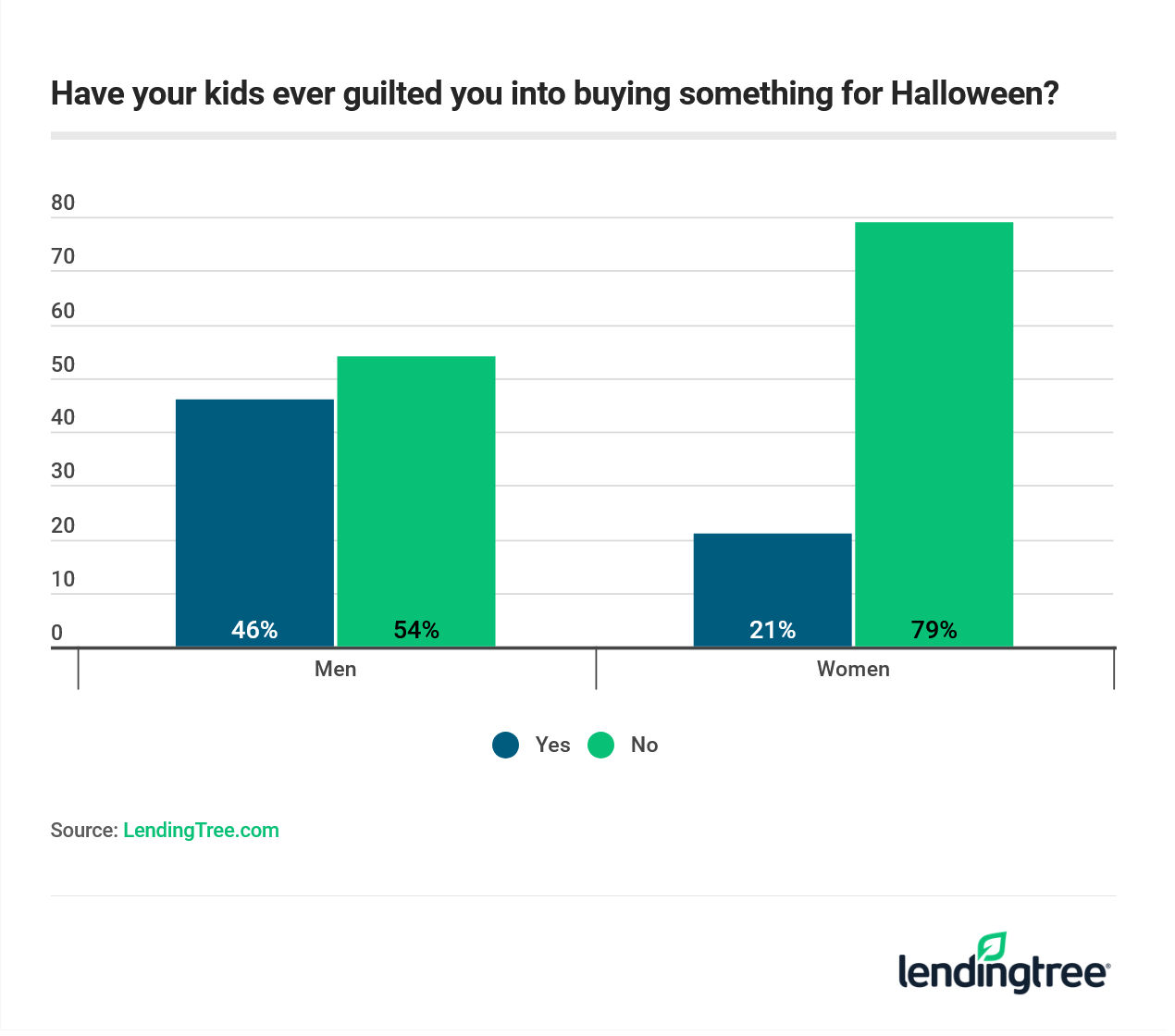 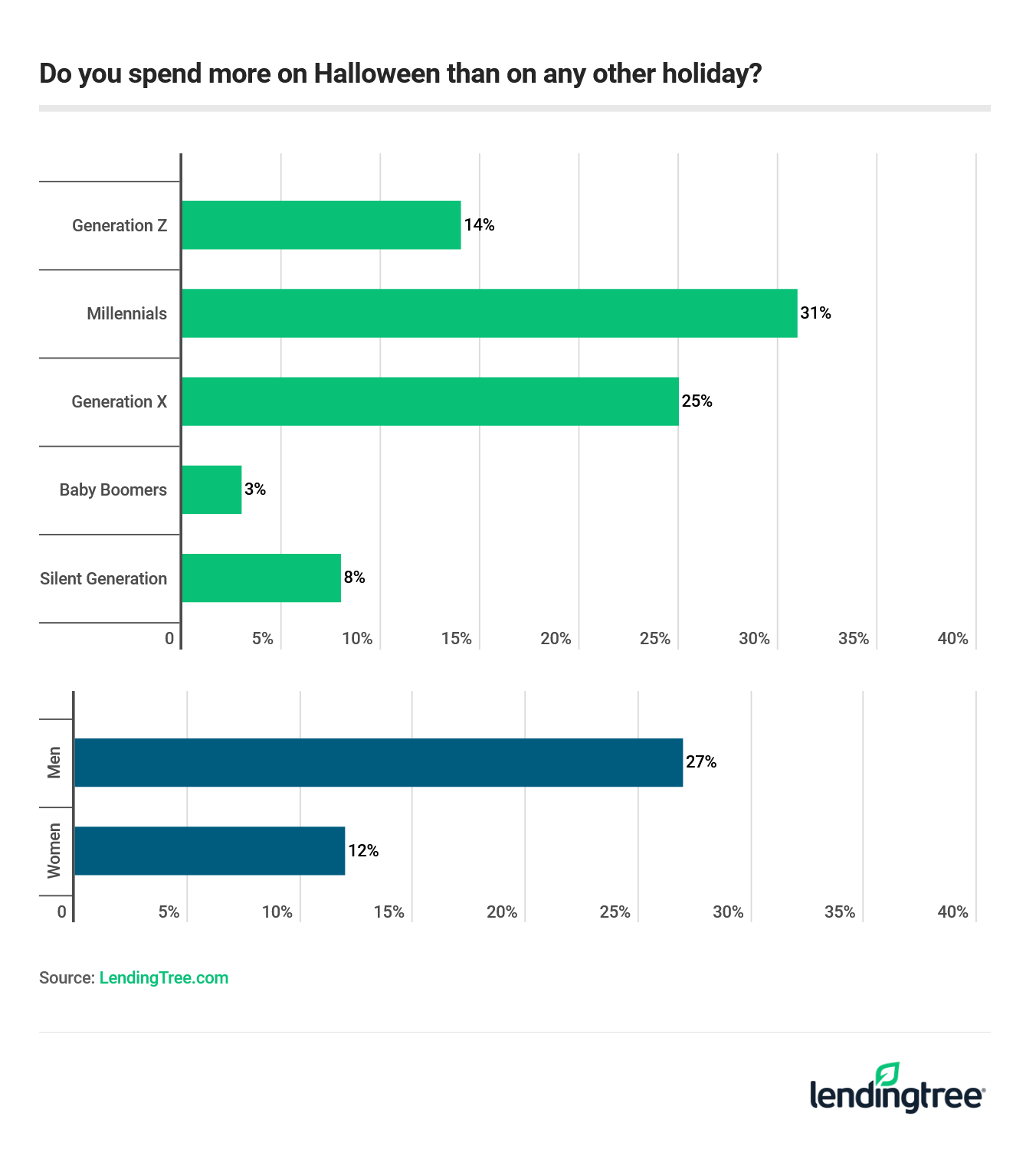 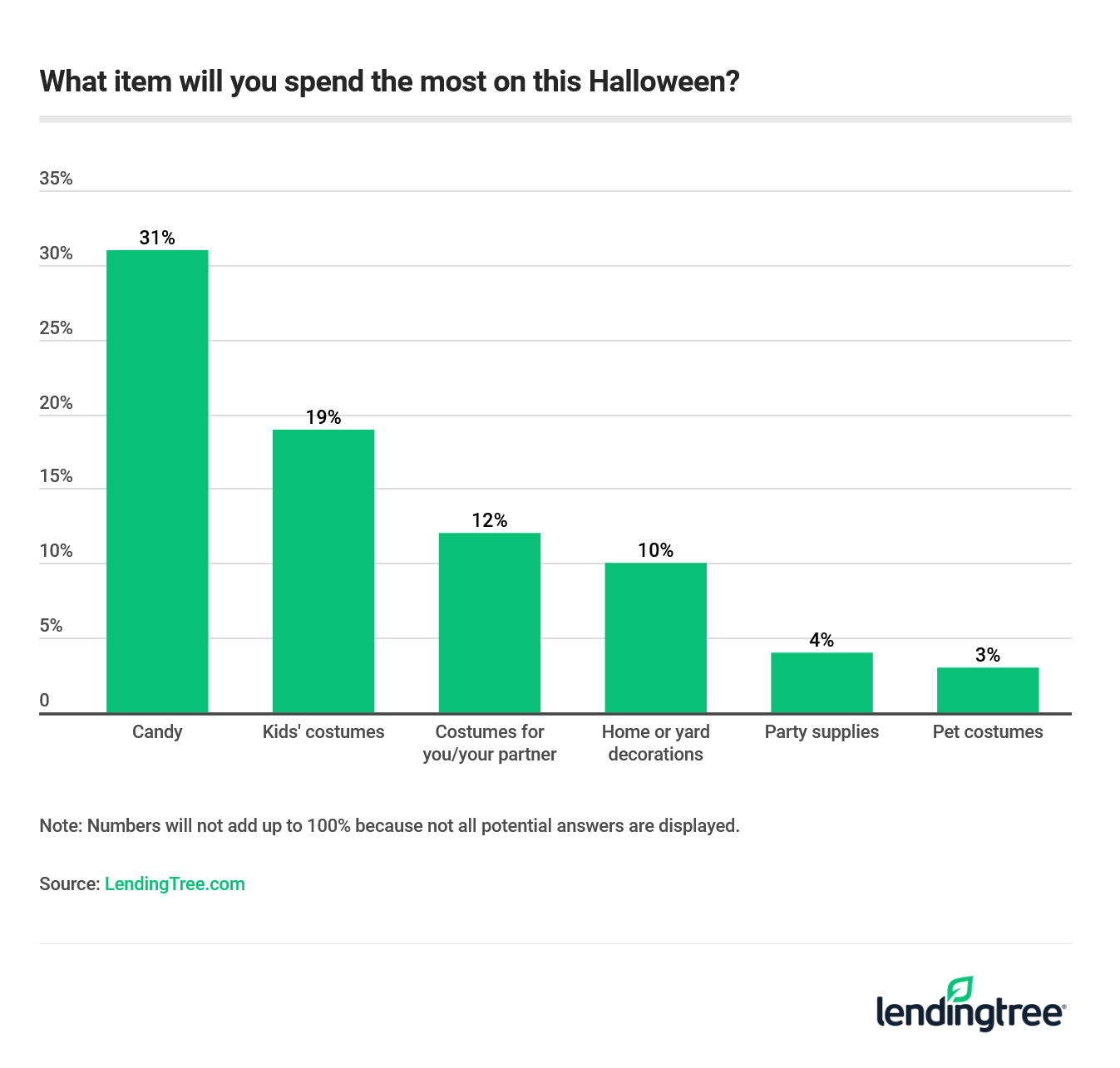 Given that this generation has embraced social media like no other generation before it, it also shouldn’t be a surprise that social media is at the center of many millennials’ holiday plans. (It was eye-opening that millennials were so much more likely than Gen Z to have their Halloween spending driven by social media, confirmed by 48% of surveyed millennials, compared to 37% of Gen Z.) There’s also nothing wrong with that, unless the pursuit of likes and social media adulation drives you to spend more than you can afford.

Another gender gap appears, but this one isn’t bad news for women

Significant differences between men and women frequently surface in the surveys that we do at LendingTree, and this one is no different.

Women’s cautiousness and conservatism when it comes to money is something we’ve seen in many of our surveys over the years. It makes sense when you consider just how small women’s financial margins for error often are, given the gender pay gap and other headwinds they face, and we shouldn’t expect that to change anytime soon.

The bottom line: Halloween-related debt can be a scary situation.

Halloween, with its traditions of costumes and parties and trick or treating, is all about having a good time. However, it can also become expensive in a hurry, as anyone who has ever shopped for a costume can attest. The good news is that there are plenty of things you can do to keep the costs down around this holiday, including:

LendingTree commissioned Qualtrics to conduct an online survey of 1,050 Americans. The survey was fielded September 5-9, 2019, with the sample base proportioned to represent the overall population.

For the purposes of our survey, generations are defined as follows:

Members of the Silent Generation (ages 74 and older) were also surveyed, and their responses are reflected in the overall percentage totals among all respondents. However, their responses are excluded from the charts and age breakdowns due to the smaller population size among our survey sample.