Eight in 10 parents with young children who participate in extracurricular activities think those pursuits could someday lead to income for their kid, according to a new report from LendingTree, and the more you spend on your kids’ activities, the more likely you are to think they will pay off.

The survey – which asked parents about extracurricular activities ranging from sports and music to beauty pageants and debate team — also showed that about two-thirds of these parents have gone into debt to support their kids’ extracurricular activities. About the same number say they’ve been stressed about paying for them. The most popular payment choice? Credit cards.

The bottom line: Support kids’ dreams — but be careful

One of the most important things parents can do is to encourage their kids to dream big. If they want to be president or an NBA All-Star or the next Top Chef or whatever else they can imagine, a parent should encourage them to chase that dream with all they passion they can muster. Dare greatly, as they say. Fortune favors the bold.

It’s also important for parents to be realistic, however. Despite what 81% of our respondents say, most kids are never going to earn a dime from the activity that’s their passion. Some may eventually make a little bit of money on the side, like a musician playing gigs around town for some side cash or a former athlete refereeing recreational league games for a few extra bucks. Others may even make a modest living following their passion as a coach or teacher. A very select few might even be the next LeBron or Beyoncé. However, the truth is that most won’t, and while you never want to discourage a kid from following his or her aspirations, you owe it to yourself to make sure that your kid’s pursuit of a dream won’t derail you and your family from your dream of financial stability – and even retirement.

That reality can lead to some difficult conversations and maybe even some tears from both you and your child. Those hard choices and tough conversations are what being a parent is about. Yes, of course, you want to help them follow their dreams, but ultimately, your goal is to help your kids be self-sufficient, well-adjusted grown-ups when it is time for them to leave the nest. And being a grown-up is often about learning to make the best of what you have and making hard decisions confidently when you are faced with them.

Here are a few tips for keeping your kids’ dreams alive while keeping yourself from drowning in debt:

All that said, there are the truly special ones out there – the Steph Currys, the Adeles, the Lionel Messis – and if your child is one of them, doors may open for them that may be worth going into debt to see where they lead. After all, every year, athletes around the world become new professionals, signing seven-figure deals and buying their mothers that house they’ve always dreamed about but never been able to afford. That’s what every little basketball player, singer, ballerina and actor fantasizes about. If your child is one of those blessed few, the decision may get much harder. However, if you remember to enter into the decision as a parent – not as a coach or a cheerleader or a talent scout – and focus on what is best for you and your family in the long run, you’ll likely do the right thing. 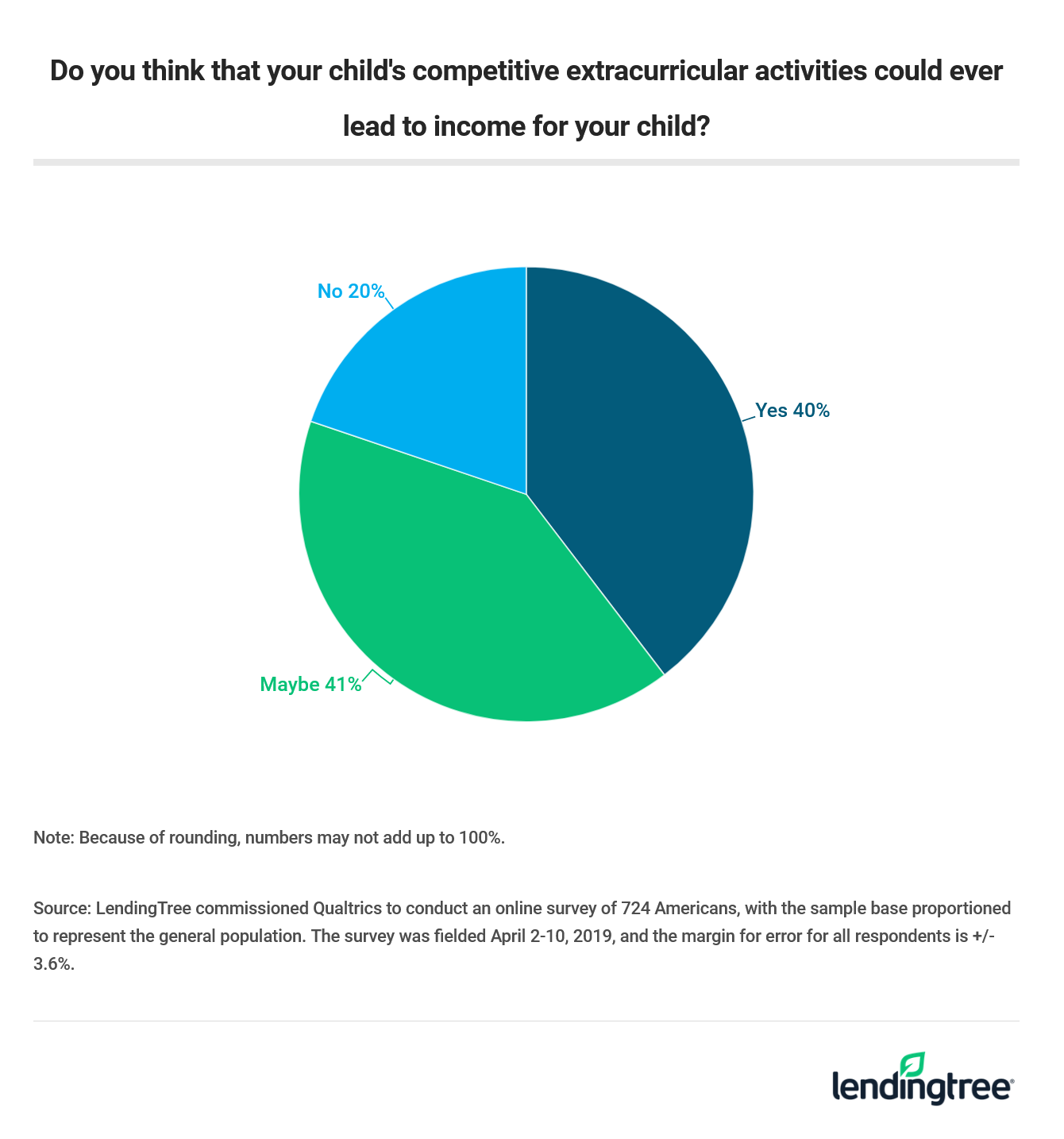 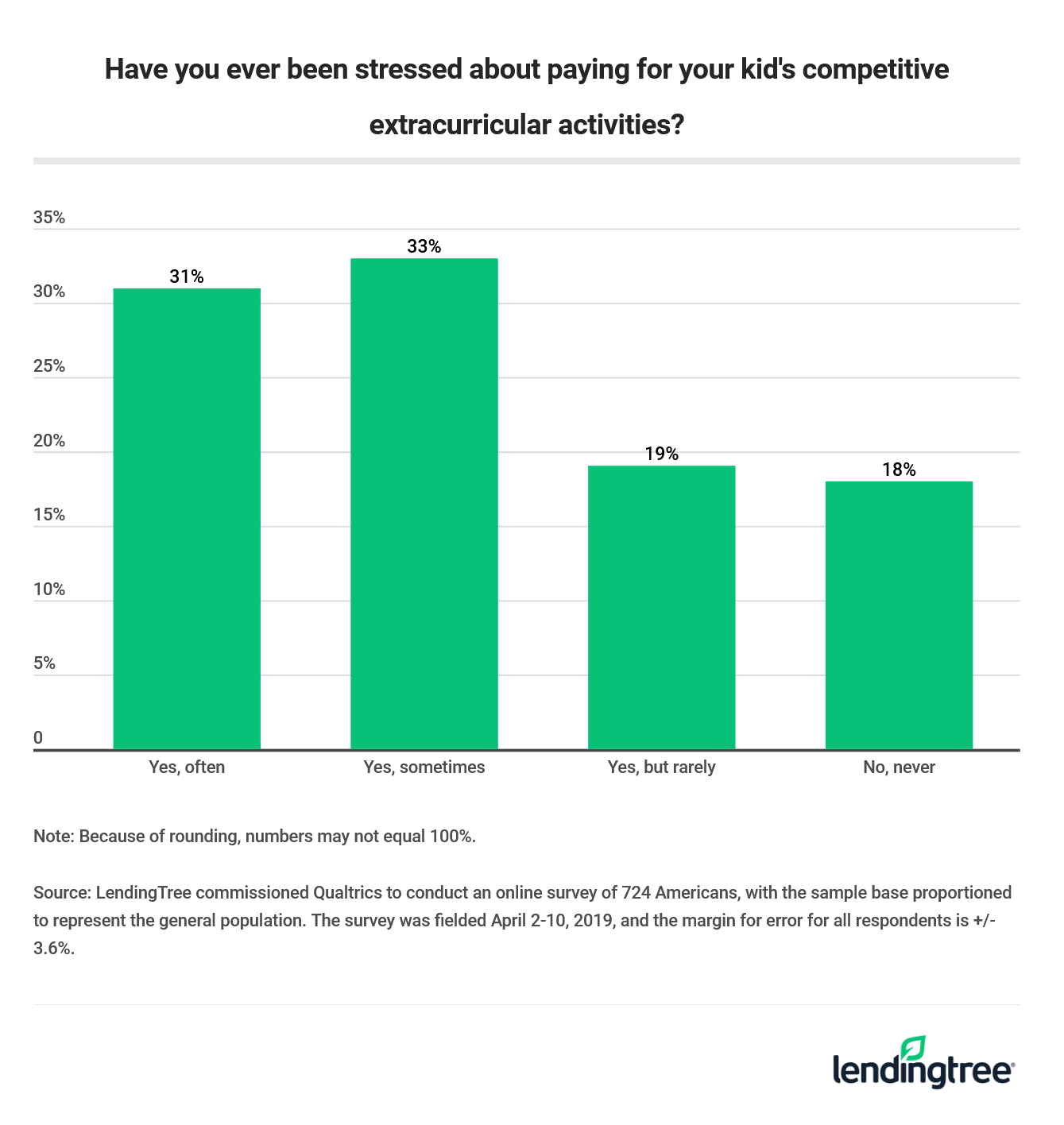 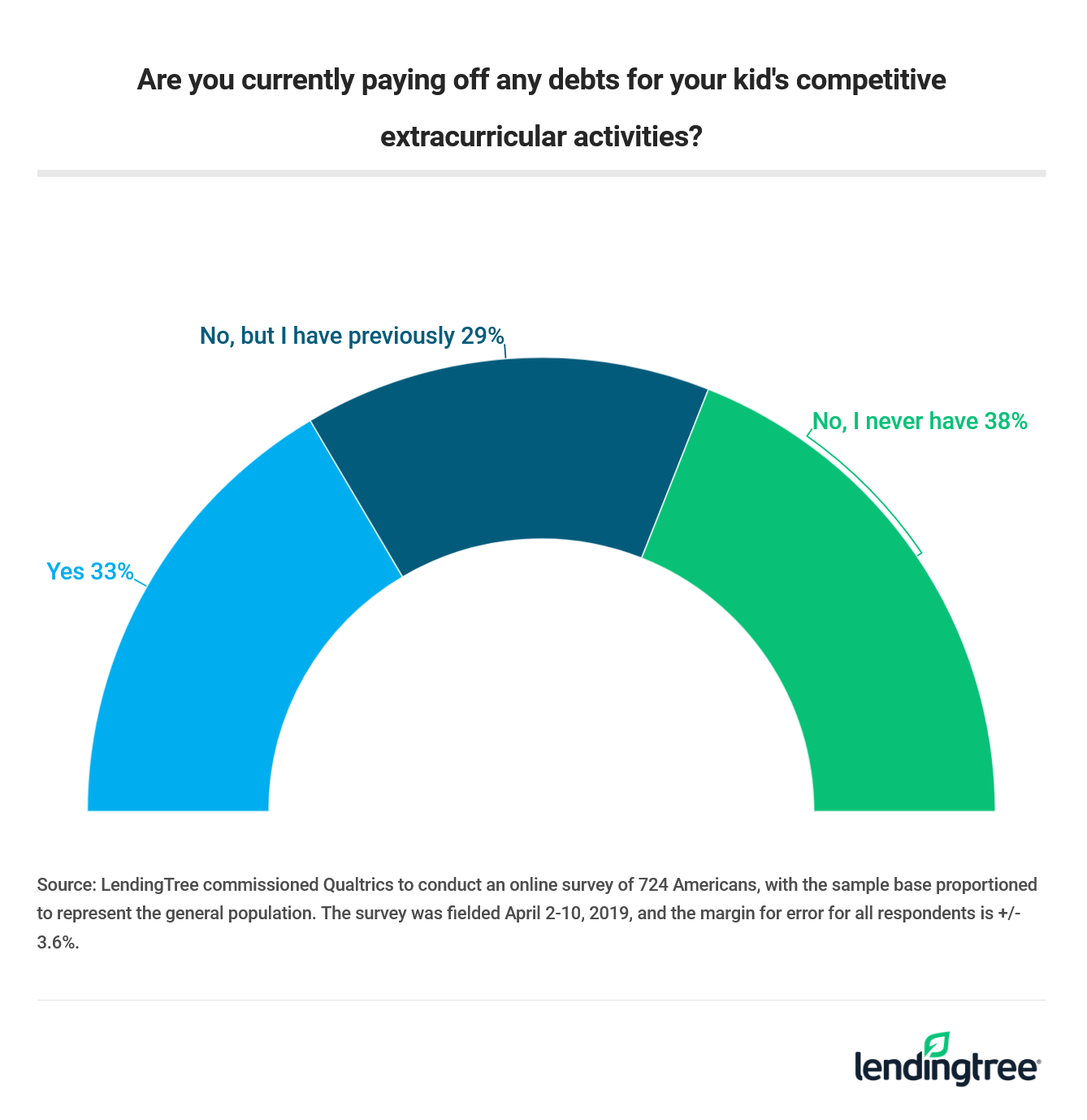 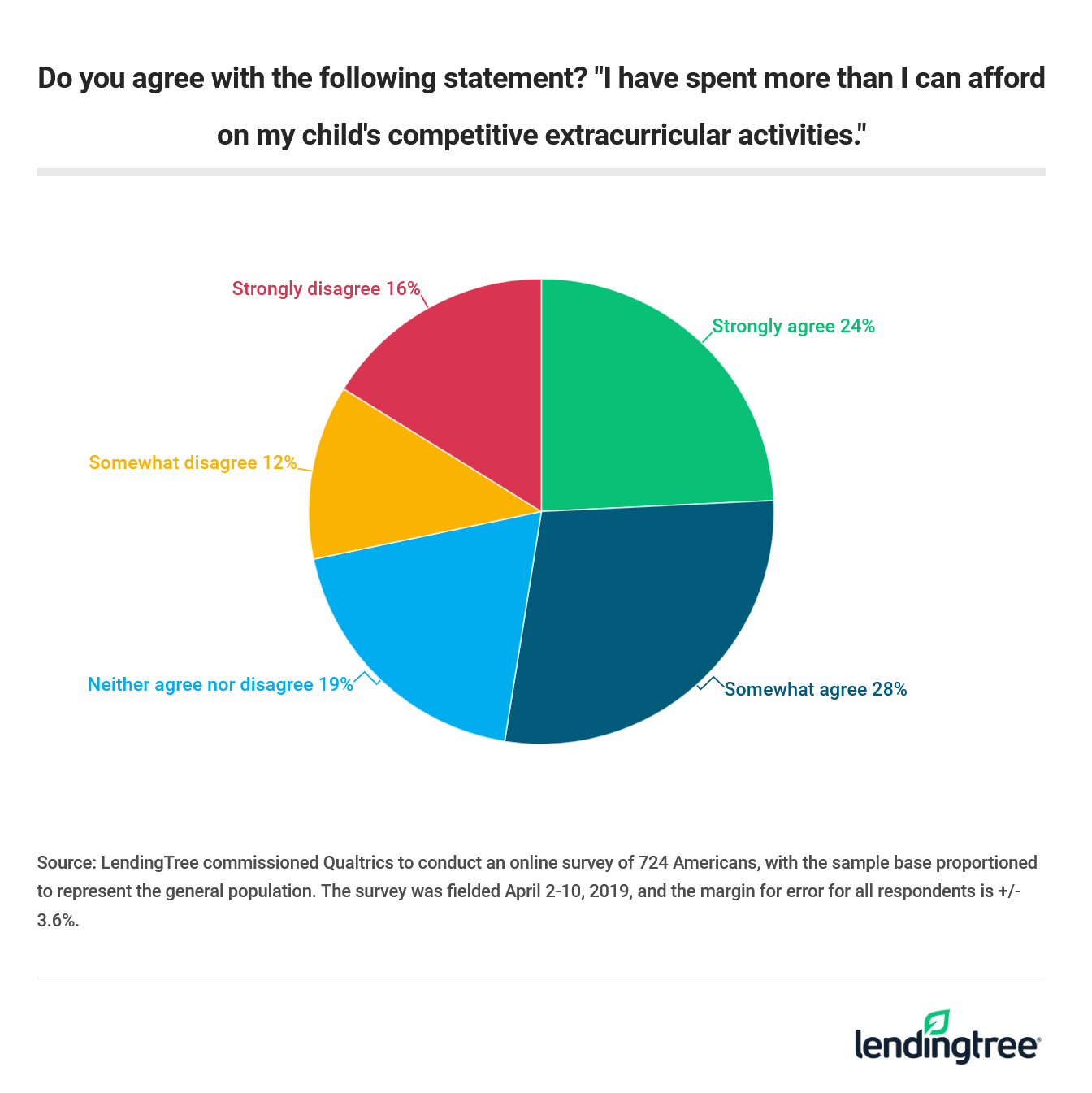 LendingTree commissioned Qualtrics to conduct an online survey of 724 Americans, with the sample base proportioned to represent the general population. The survey was fielded April 2-10, 2019, and the margin for error for all respondents is +/- 3.6%.