About 6 in 10 Americans took on a new hobby over the past year as the COVID-19 pandemic raged on, according to a new report from LendingTree.

Unfortunately, more than half of those who did wound up taking on credit card debt as a result.

It shouldn’t be surprising that so many Americans dove into new hobbies during the pandemic. Having our lives flipped upside down in so many ways not only amped up the stress in our daily lives, it often left us with much more spare time than before and nowhere to go. Our survey shows that millions of Americans used that extra time to try out something new — everything from reading and writing to baking and cooking.

While many of those new passions were great for our mental health — an undeniably important thing in times as chaotic, unpredictable and often scary as this past year has been — they weren’t always great for our finances.

More than half of Americans said they took on some new hobby during the pandemic, and our data shows that many didn’t stop at one.

Younger Americans were the most likely to embrace a new hobby, with 76% of Gen Z and 74% of millennials saying so, as well as 66% of Gen X. Just 28% of baby boomers said the same.

Given these circumstances, it makes sense that the most common reason respondents gave for starting a new hobby was to create an income stream. About a third of those surveyed (35%) said they aimed to make money, while 31% said they started the new hobby to improve their mental health.

Which hobbies are Americans embracing? The top choice, by a wide margin, is reading. 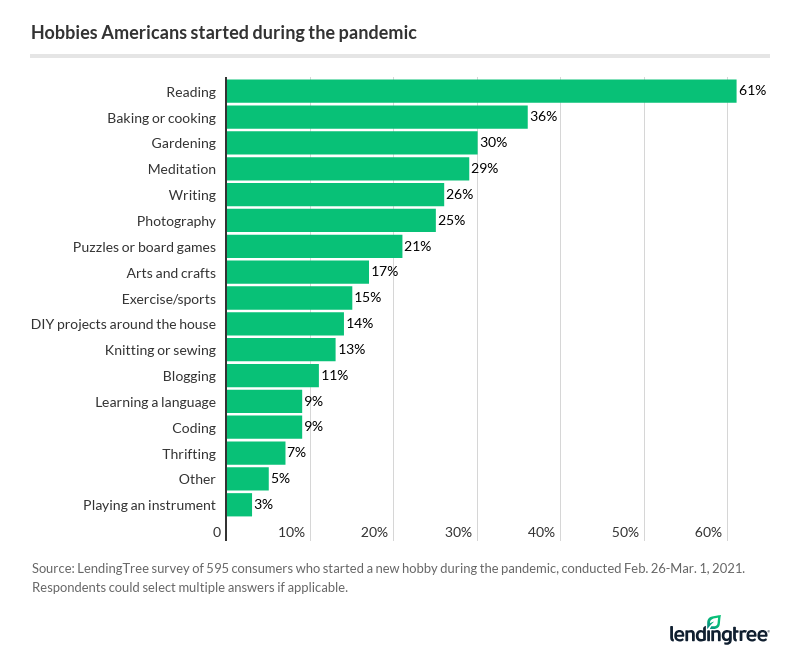 Some made money off their hobbies, but others just gained debt

Nearly half (48%) of consumers who tried out a new hobby during the pandemic said they’ve made at least a little bit of money from it by turning their new passion into a side hustle. An additional 25% of those with new hobbies said that while they haven’t made money with their hobby yet, they hope to in the future.

Millennials and Gen X were the most likely to say they’d made money from their new hobby, as were the highest-income Americans. Those who did make money said they put those earnings to practical use. Most used it to either pay off debt (52%) or save (51%), by far the two most common answers.

Not everyone was so fortunate with their side hustle. More than half (53%) of consumers who started a new hobby during the pandemic took on credit card debt as a result. About a quarter of those who took on debt (24%) racked up more than $1,000. 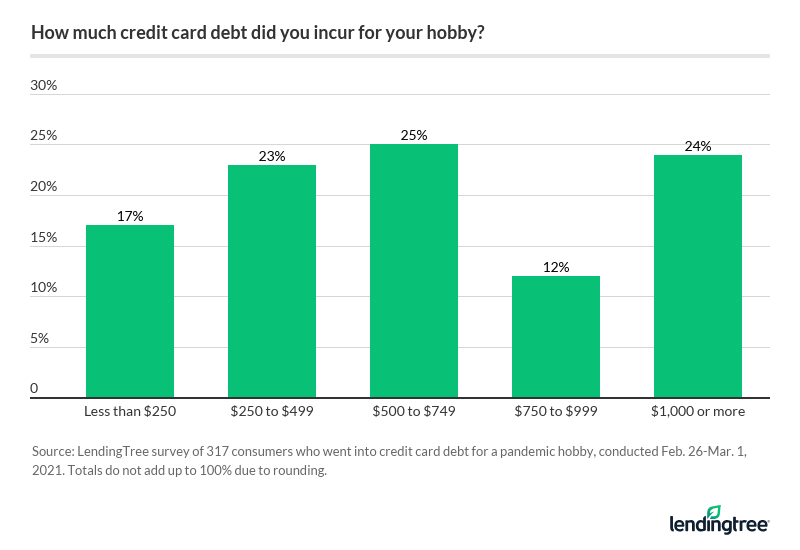 Why the debt? Some said they felt they had to spend money to make money. For example, nearly half of those who went into debt for their hobby (47%) said they wanted to invest in special equipment to eventually make money. About 4 in 10 (39%) said the debt was the only way they could afford the hobby, and 19% simply got so excited about their new venture that they went a little overboard.

Being homebound for so long, Americans often had a lot of time on their hands during the past year and after a while, even our favorite activities can turn a bit stale. That’s why so many Americans had opted to try something new — and most of them plan to keep doing the hobby even once the pandemic is in the rearview mirror. 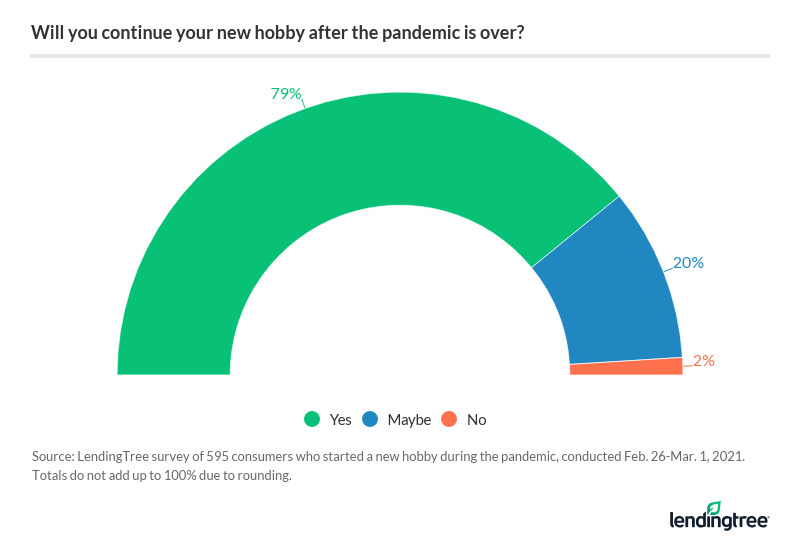 Trying new things can be great for your mental health, though as we saw in this survey, it can be a double-edged sword.

Life in 2021 is already stressful enough — both mentally and financially — and the last thing any of us needs is for something to bring more angst into our lives unnecessarily. Going into debt for a hobby has the potential to do just that, basically canceling out much of the otherwise positive feeling generated by the activity.

To get the most out of your new hobby, consider some of the following steps:

LendingTree commissioned Qualtrics to conduct an online survey of 1,013 U.S. consumers from Feb. 26 to March 1, 2021. The survey was administered using a non-probability-based sample, and quotas were used to ensure the sample base represented the overall population. All responses were reviewed by researchers for quality control.