Credit card balances declined by 3.7% in the first quarter, 1.5 percentage points more than in recent years 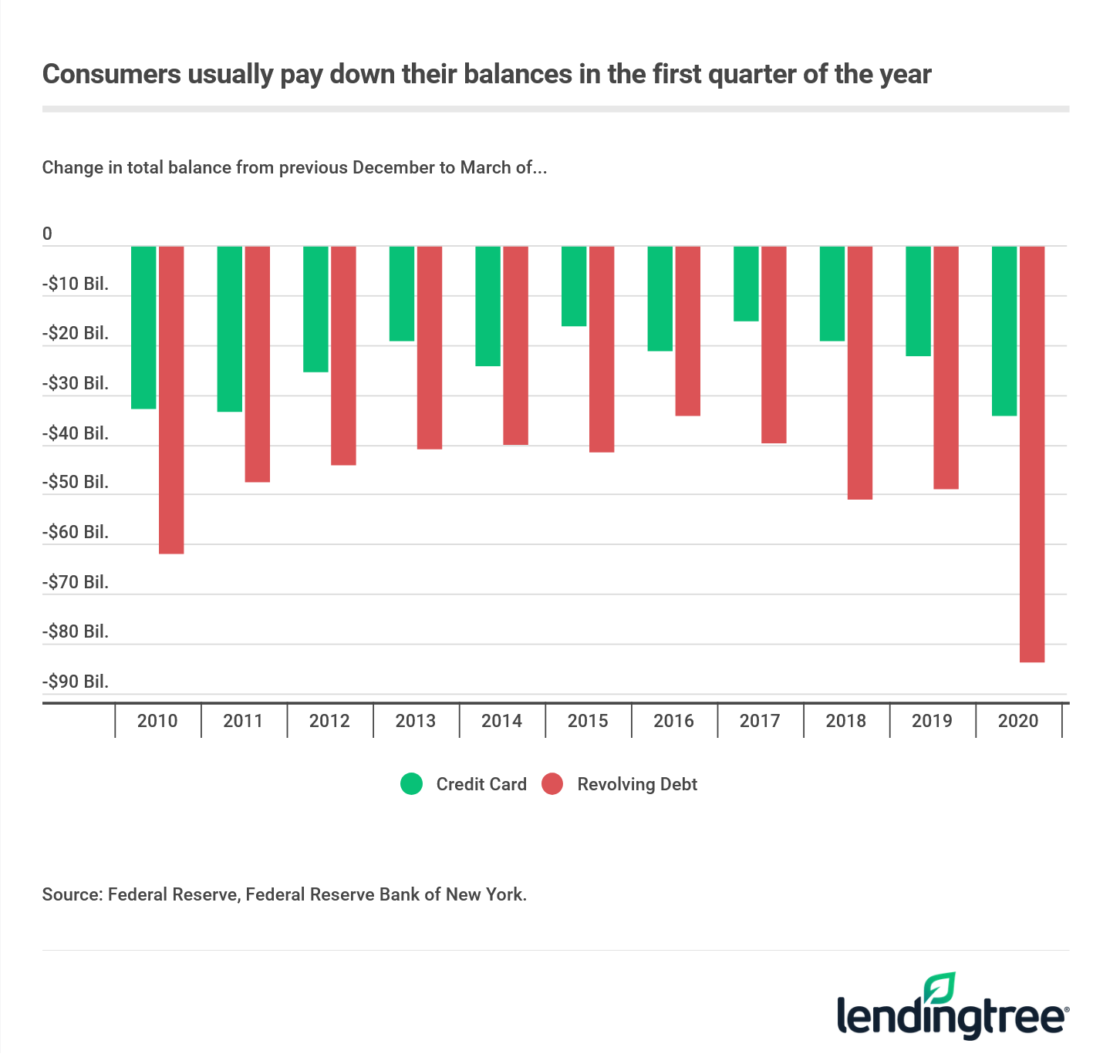 These balance declines are the steepest ever, in both dollar terms (balances fell by $34 billion for credit cards and $83.5 billion for all revolving debt) and, in the case of revolving credit, the 7.6% decline was the largest quarterly percentage decline on record. For credit card balances, the 3.7% decline in the first quarter of 2020 was the biggest since 2011. 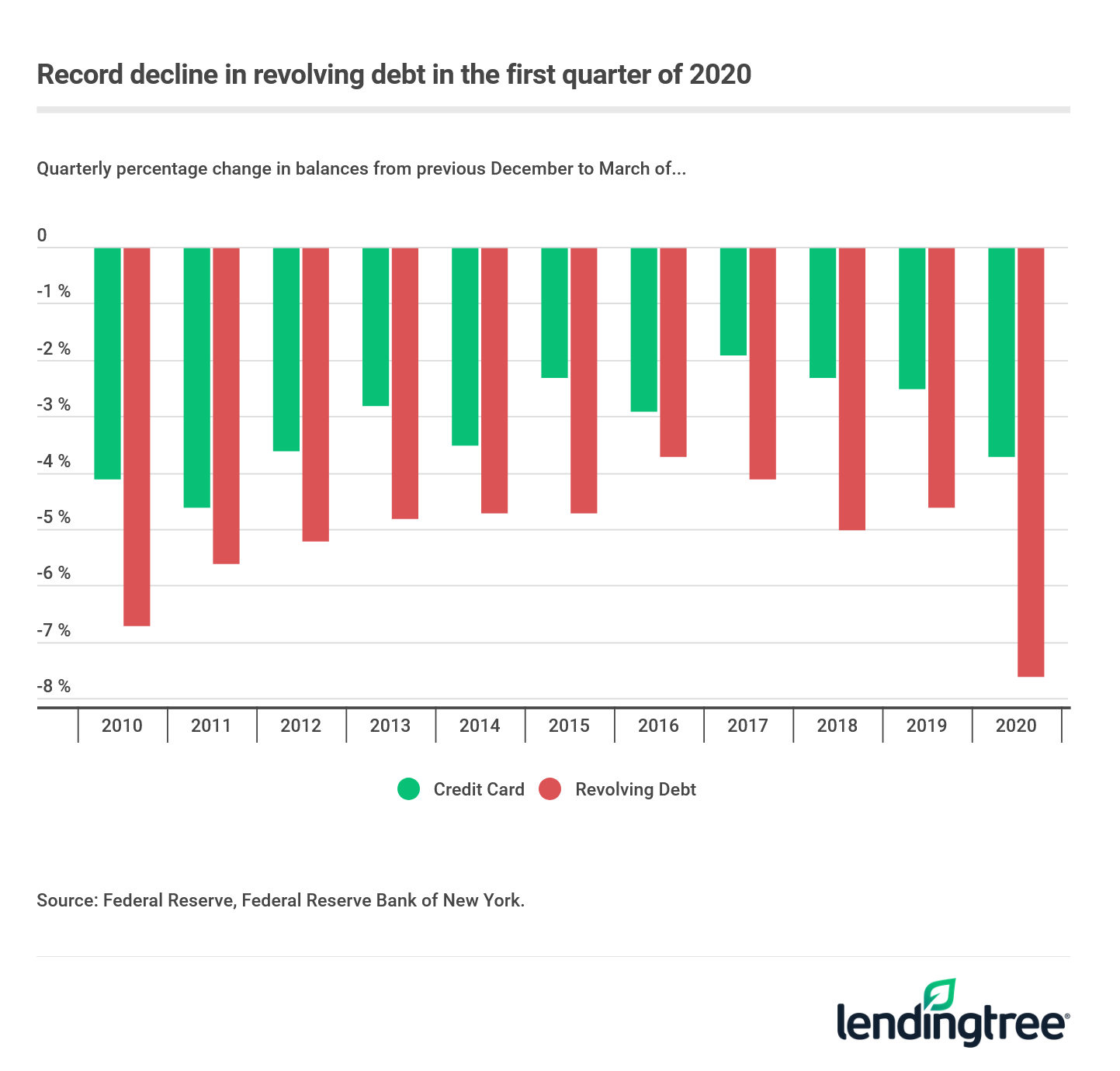 Balances and credit card spending have declined in April

Typically by April, credit card spending and balances tend to increase as Americans begin to rack up new spending. From 2012 through 2019, for example, April credit card balances at banks increased by an average of 1.0%, or $6.8 billion. 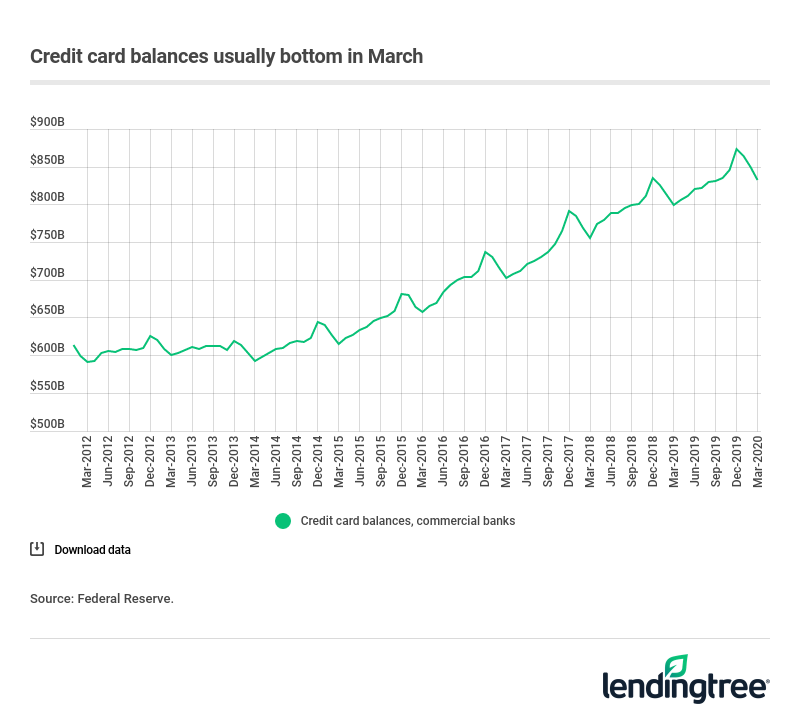 But as of April 29, credit card balances continued to decrease. Now at $773 billion, the total balance among credit cards is down 5.5% from the $818 billion owed to banks at the beginning of the month. While this series only includes reports from commercial banks – and not other issuers of credit cards – the weekly report of assets and liabilities shows that balance declines are persisting through April. 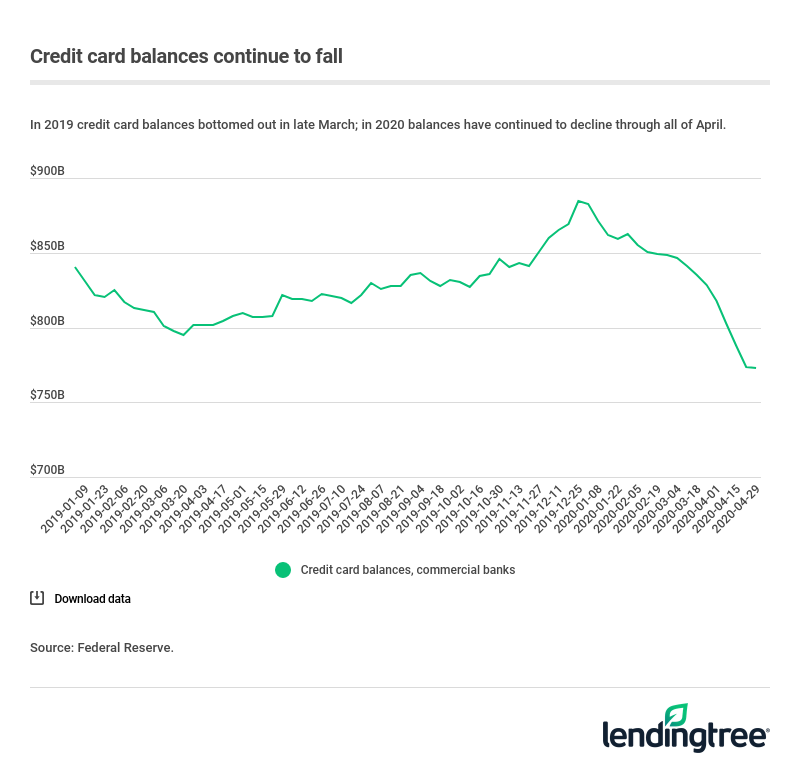 Lower credit card spending has certainly played a prominent role in the decline. According to Visa, April credit card volume was down by roughly 20% at the end of the month, when compared to the same period in 2019.

Michael Galvis is a financial editor for LendingTree. He received his Master’s in Creative Writing from San Diego State University in 2013 and previously edited for GOBankingRates.com. His work has