You are using an outdated browser. Please upgrade your browser to improve your experience.
Home Loans
How Does LendingTree Get Paid?

Metros With the Oldest — and Youngest — Homeowners

It’s no surprise that homeowners of various ages gravitate toward different parts of the country. Florida is a well-known haven for retirees, while Salt Lake City and Minneapolis have emerged in recent years as popular spots for younger homebuyers. As a result, the average age of people living in given areas can be notably different.

LendingTree found that Miami and Tampa, Fla., were the metros where homeowners were the oldest, while renters were older in Pittsburgh and New York. 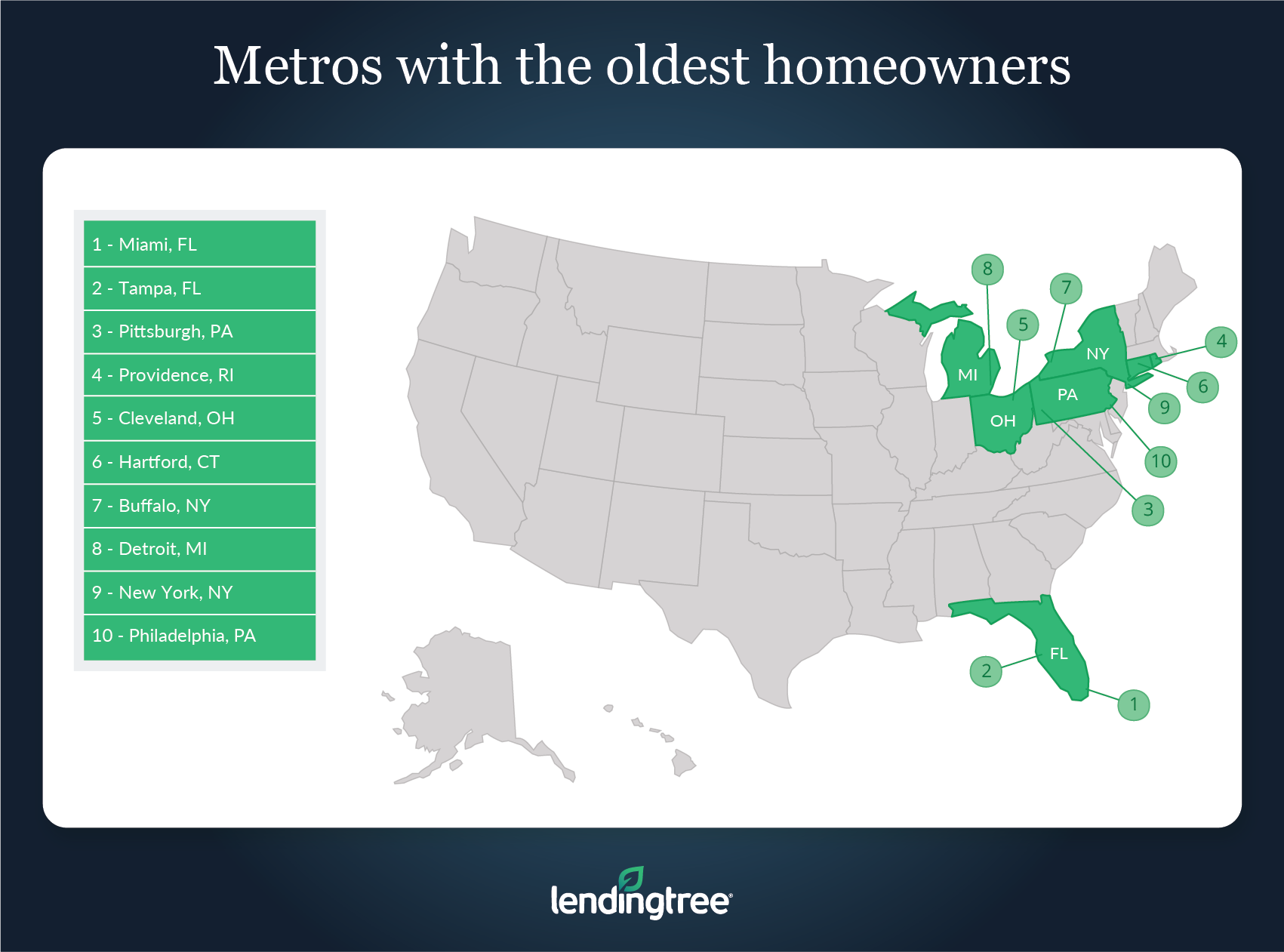 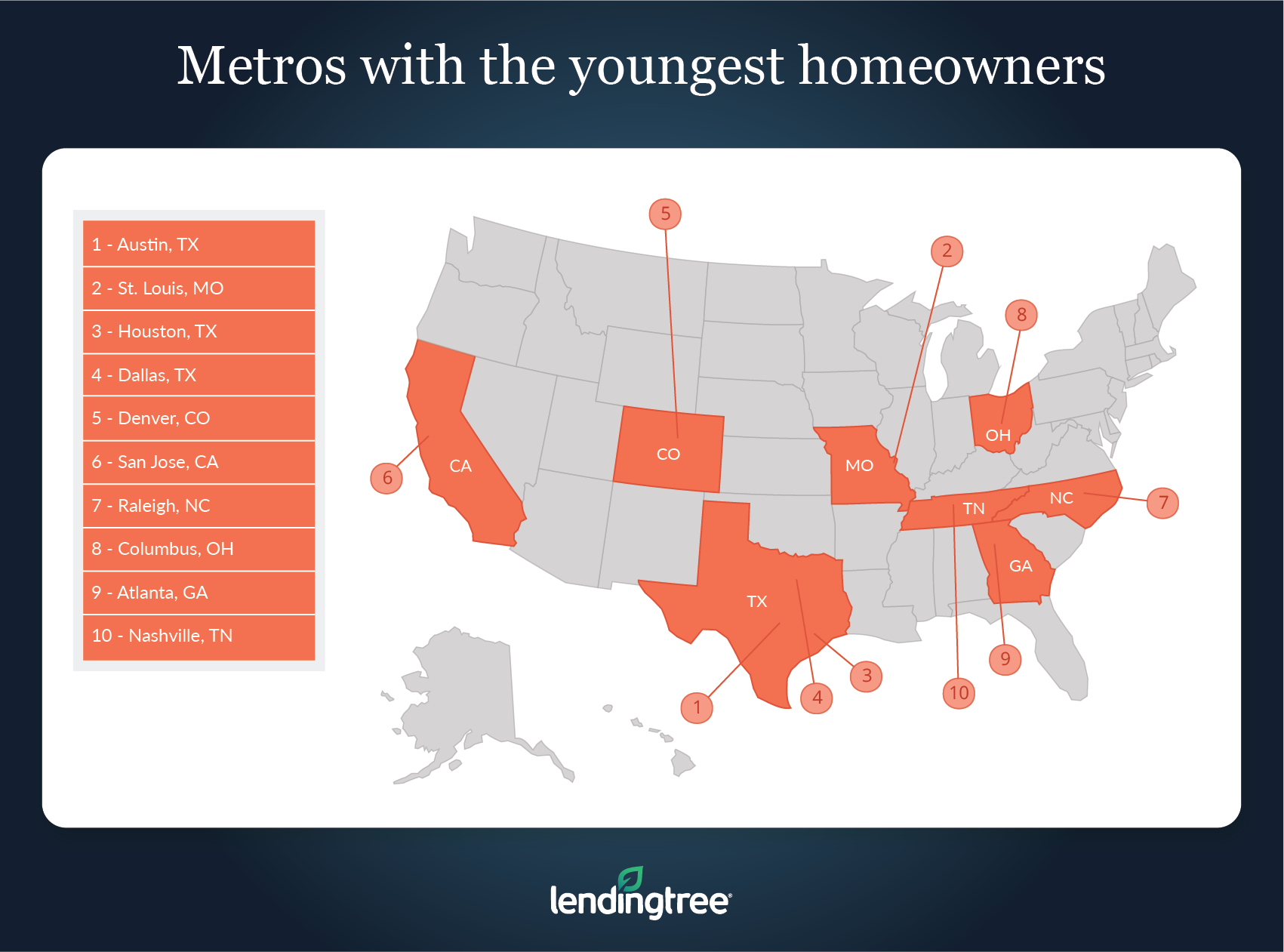 Why do different areas attract people of various ages?

As people age, they tend to look for different things in housing. For example, a retiree who lives alone would probably look for a smaller home than a 33-year-old with a spouse and two kids.

Generally, older people tend to stick to the eastern U.S., where they often live in warm, retirement-friendly metros like Miami and Tampa, Fla. or in more expensive areas like Providence, R.I., or New York, where they’ve built enough wealth to comfortably afford to live. That being said, older homeowners are also common in less expensive and colder eastern U.S. metros like Pittsburgh.

On the flip side, younger people often gravitate toward less expensive areas like Texas. And when they do congregate in costly metros like San Jose, Calif. or Denver, they’re often doing so because they’re looking to start a career in an area with a robust job market.

Whether they’re thinking about downsizing for retirement or looking for a change of scenery, there are many reasons why older Americans purchase homes. With that in mind, here are a few tips for older homebuyers:

All the data comes from the U.S. Census Bureau’s 2019 American Community Survey one-year estimates — the latest available — as derived from the Integrated Public Use Microdata Series (IPUMS).