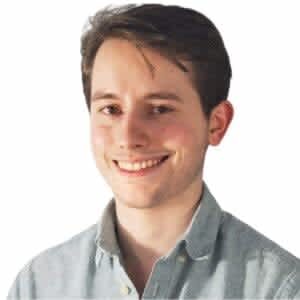 Jacob Channel is the Senior Economist for LendingTree where he conducts studies on a wide variety of subjects related to the U.S. housing market as well as provides general macroeconomic analysis.

Jacob joined LendingTree in 2018 as an intern before moving into his current position. His work has been featured in major publications including the New York Times, Bloomberg, Forbes, and CNBC and he has appeared as a guest on Cheddar TV and Yahoo Finance.

He earned his BA and MA in Economics from the New School and is based out of New York City.

Jacob can be reached at [email protected]

Finding a place to live can be challenging, even as the housing market cools. This is especially true for families with children that need to... END_OF_DOCUMENT_TOKEN_TO_BE_REPLACED

While U.S. women earn 83.1 cents for every dollar a man makes, according to the U.S. Bureau of Labor Statistics (BLS), single women own more... END_OF_DOCUMENT_TOKEN_TO_BE_REPLACED

What to Expect From Housing and the Economy in 2023

The year 2022 was somewhat of a mixed bag economically. Positives worth celebrating included the nation’s robust job market and the continued recovery from the... END_OF_DOCUMENT_TOKEN_TO_BE_REPLACED

The Cost of a White Christmas: Homes in the Nation’s Snowiest States Cost Nearly $57,000 More Than Those With the Least Snow

Though a white Christmas may be on some people’s wish lists this year, it’s not on everyone’s. Some might be willing to pay a premium... END_OF_DOCUMENT_TOKEN_TO_BE_REPLACED

Renting Is Usually Cheaper Than Owning, But Not Always — Here’s How They Compare in the Nation’s 50 Largest Metros

Finding a place to live can be challenging, and so can choosing between renting or buying a home. Renting might be the better option for... END_OF_DOCUMENT_TOKEN_TO_BE_REPLACED