It’s no secret that young and old people gravitate toward different parts of the country. Florida is a well-known haven for retirees, while places such as San Francisco and Austin, Texas, have emerged as millennial boomtowns over the past few years. As a result, the average age of a homeowner varies by location.

LendingTree, the nation’s leading online loan marketplace, set out to find which metro areas have the oldest homeowners. Using data from the U.S. Census Bureau’s American Community Survey, we ranked the 100 largest metropolitan areas by average homeowner age. While some of the rankings aren’t surprising (Florida metros dominate the “old” end of the list), cities popular among millennials aren’t necessarily gaining young homeowners.

Metropolitan areas in America with the highest average homeowner age 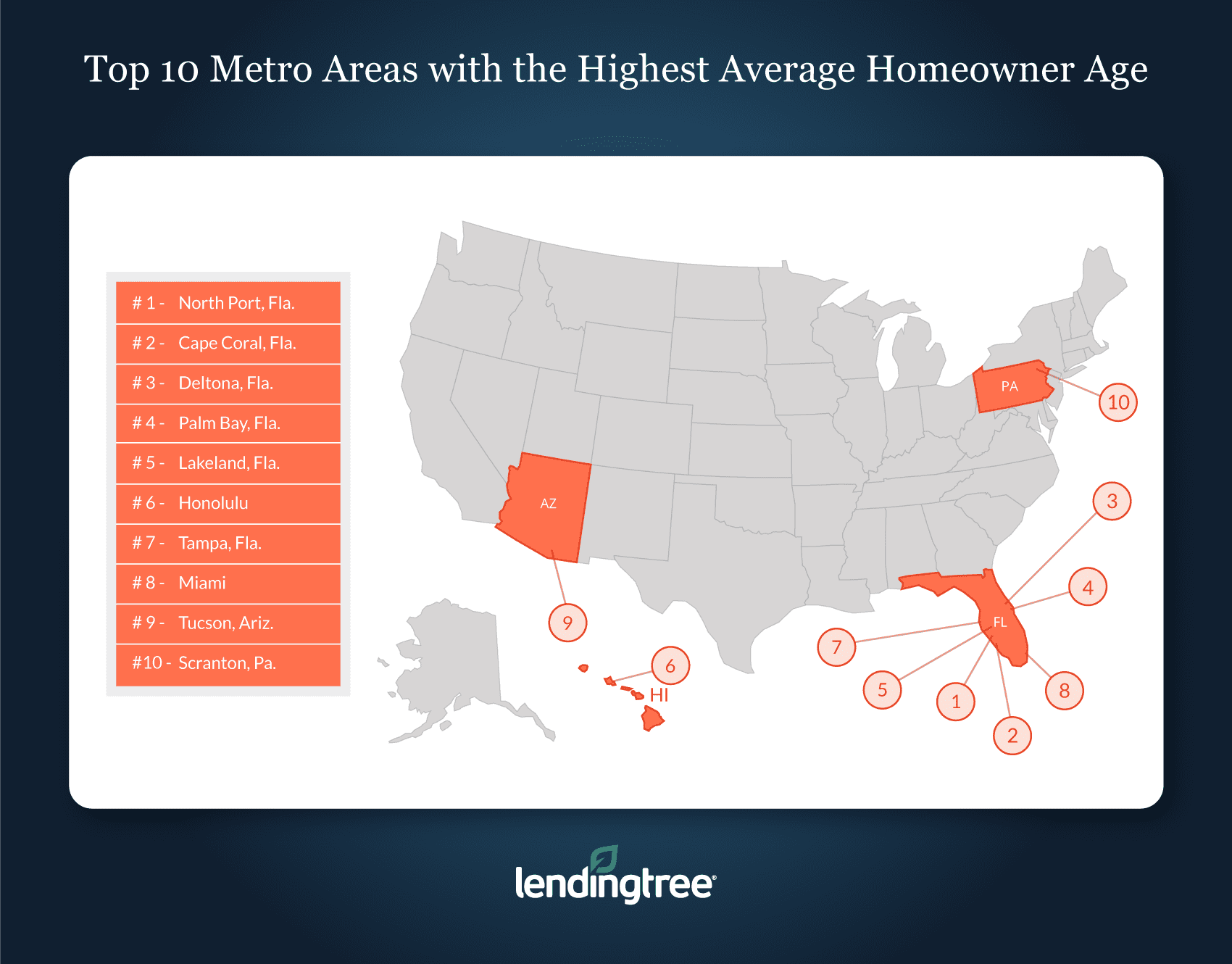 Metropolitan areas in America with the lowest average homeowner age 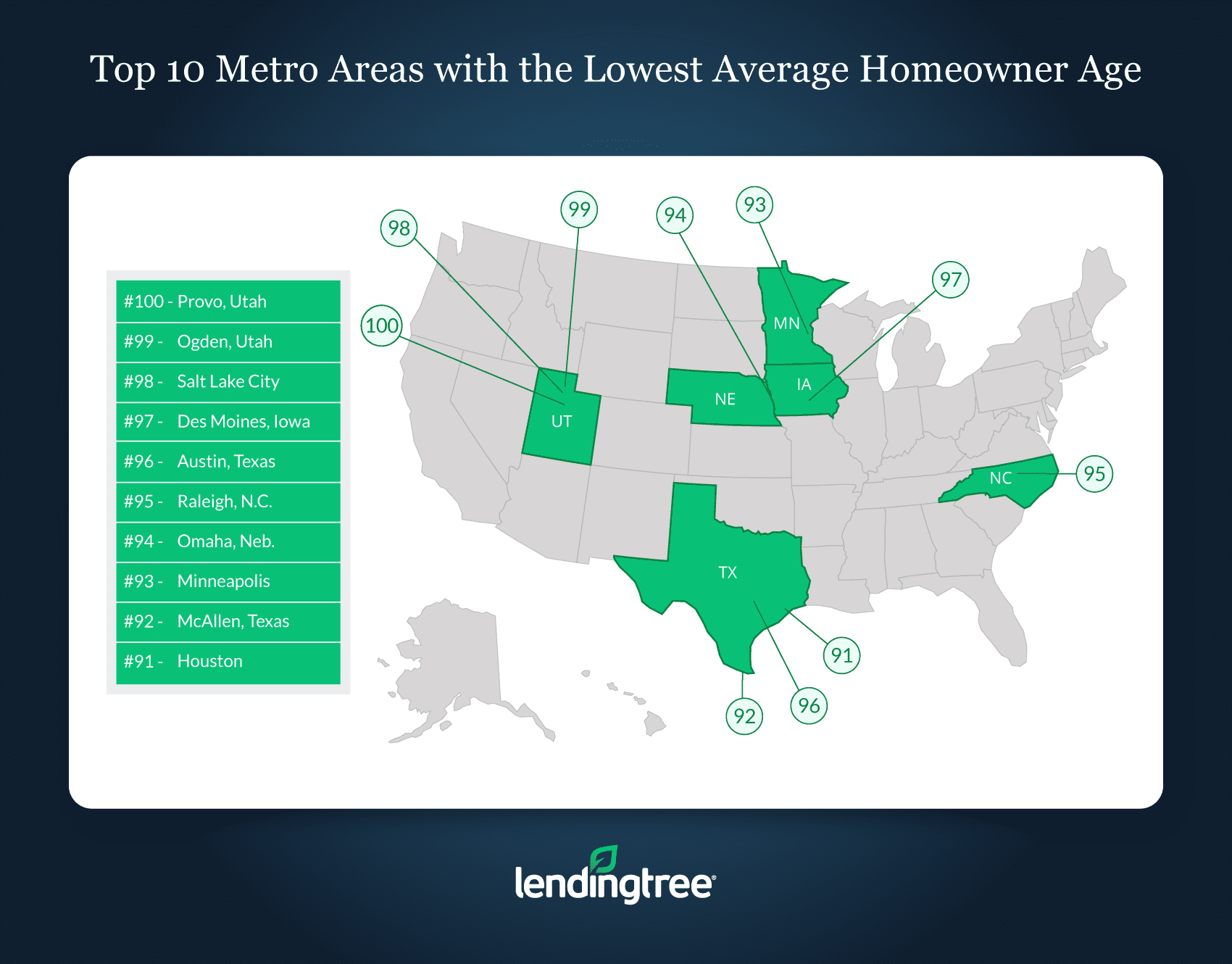