45% of Americans Overspend on Gifts as Pandemic Winds Down

After a year of social distancing, many Americans are eager to get together and celebrate birthdays, weddings and other milestones. And according to the results of our latest LendingTree survey, they’re ready to spend lavishly — even if they might need to go into debt.

Almost half of respondents said they spend more than they can afford on gifts for others. Those with kids are especially under pressure, with a majority of parents saying they feel they need to throw an extravagant party for their children after the long isolation.

Many consumers overspending on gifts

Our LendingTree survey found that 45% of consumers admit to spending more than they can afford on celebratory gifts, because they “want the recipient to think highly of me.”

More broadly, 54% of respondents reported having felt pressure at some point to buy a birthday gift for someone.

Some go into debt over celebratory presents

To keep up with celebrations of friend and family milestones, some respondents are going into debt. Overall, 29% said their spending on gifts for others has caused them to go into debt.

Debt-driven giving was especially high among Gen Z, millennials and Gen X (over 30% for each demographic), but fairly low among baby boomers (just 13%).

Surprisingly, it was also fairly high among people who make between $75,000 and $99,000 per year, with 40% reporting that spending on gifts has led them into debt.

As for which milestone people tend to spend the most on, the largest group said birthday gifts (49%), followed by wedding presents (28%), graduation gifts (11%), gifts celebrating the birth of a child (10%) and retirement presents (3%). 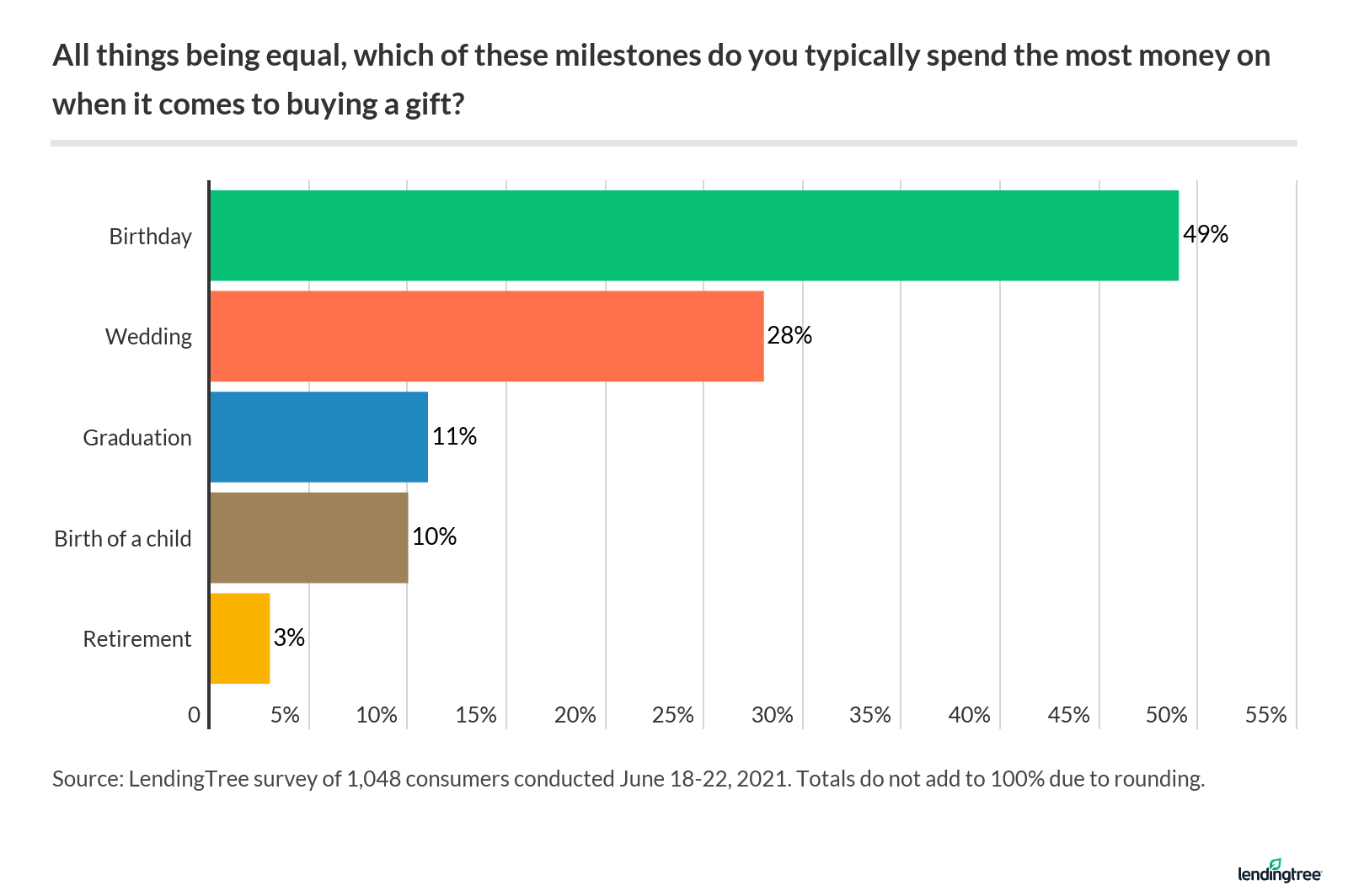 Many kids have had to settle for virtual birthday parties this past year, and now their parents are eager to make up for it.

Of those with children under 18 years old, 57% said they felt pressured to make their child’s post-pandemic birthday extra special, especially after seeing other parents throwing extravagant parties for their own kids.

More than one-third of parents (33%) said they’ve gone into debt to celebrate their child’s birthday. Again, this number was highest among people making between $75,000 and $99,000 per year, with 44% saying they’d taken on debt for this.

Overspending on one’s children is a common financial issue for many parents, whether it’s for Halloween fun or after-school activities. 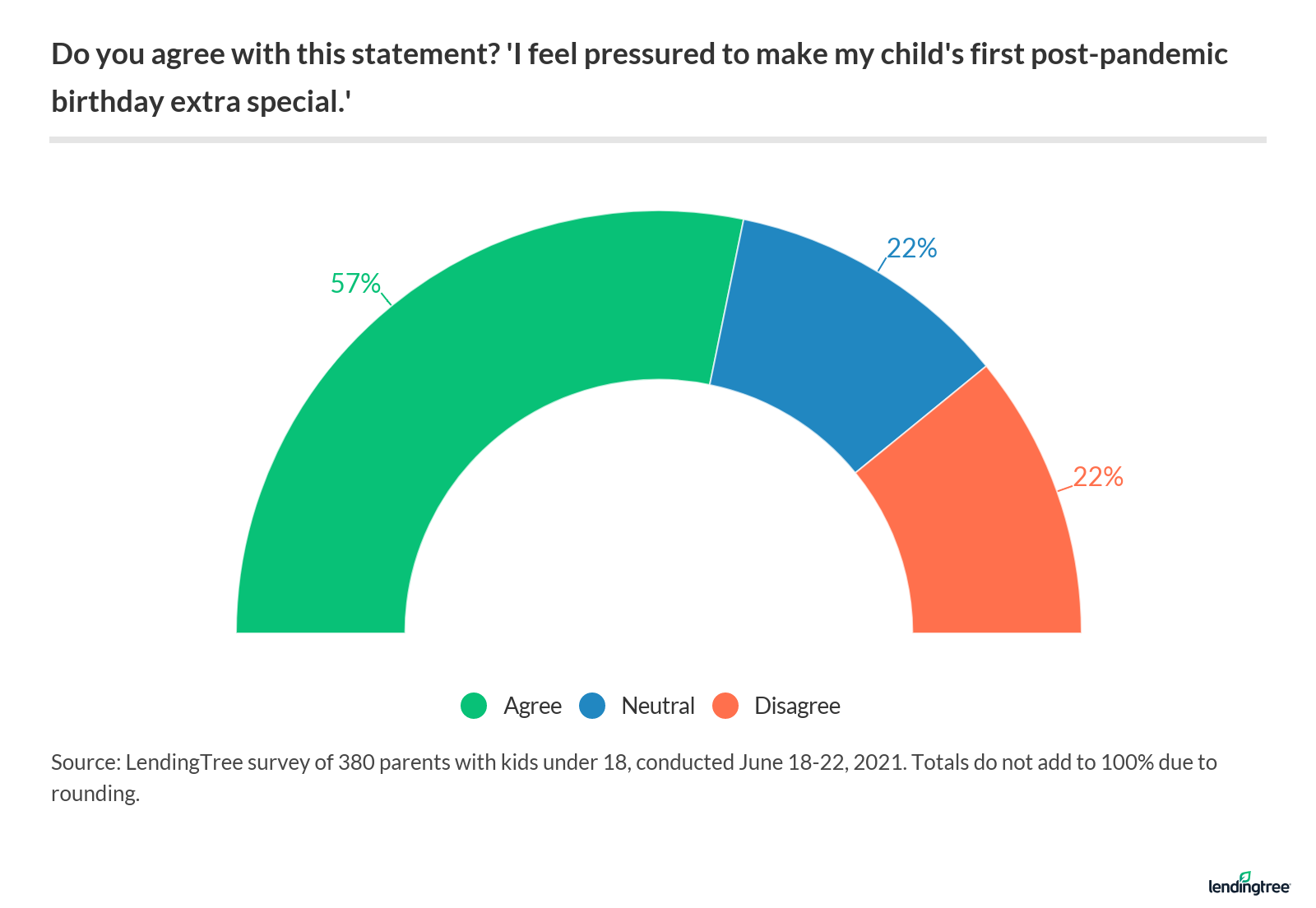 Consumers ready to splash out to make up for lost time

Along with celebrating their friends and family, many are also ready to plan something extra special for themselves this year. More than 1 in 5 respondents (21%) said they want to “spend big” on their first post-pandemic birthday, with something like a trip or big party.

This number was slightly higher among men than women (22% vs. 19%). However, a larger portion of women said they wanted to do something big for their next birthday but would keep costs to a minimum (31% vs. 26%).

More than a quarter of respondents (26%) think they’ll celebrate their next birthday by going on a trip, and 40% said they’ll mark the occasion by going out to dinner. About 17% said they’ll throw a party.

Not everyone is tired of staying in, though — 24% of respondents said they would spend their next birthday enjoying some quiet time at home. 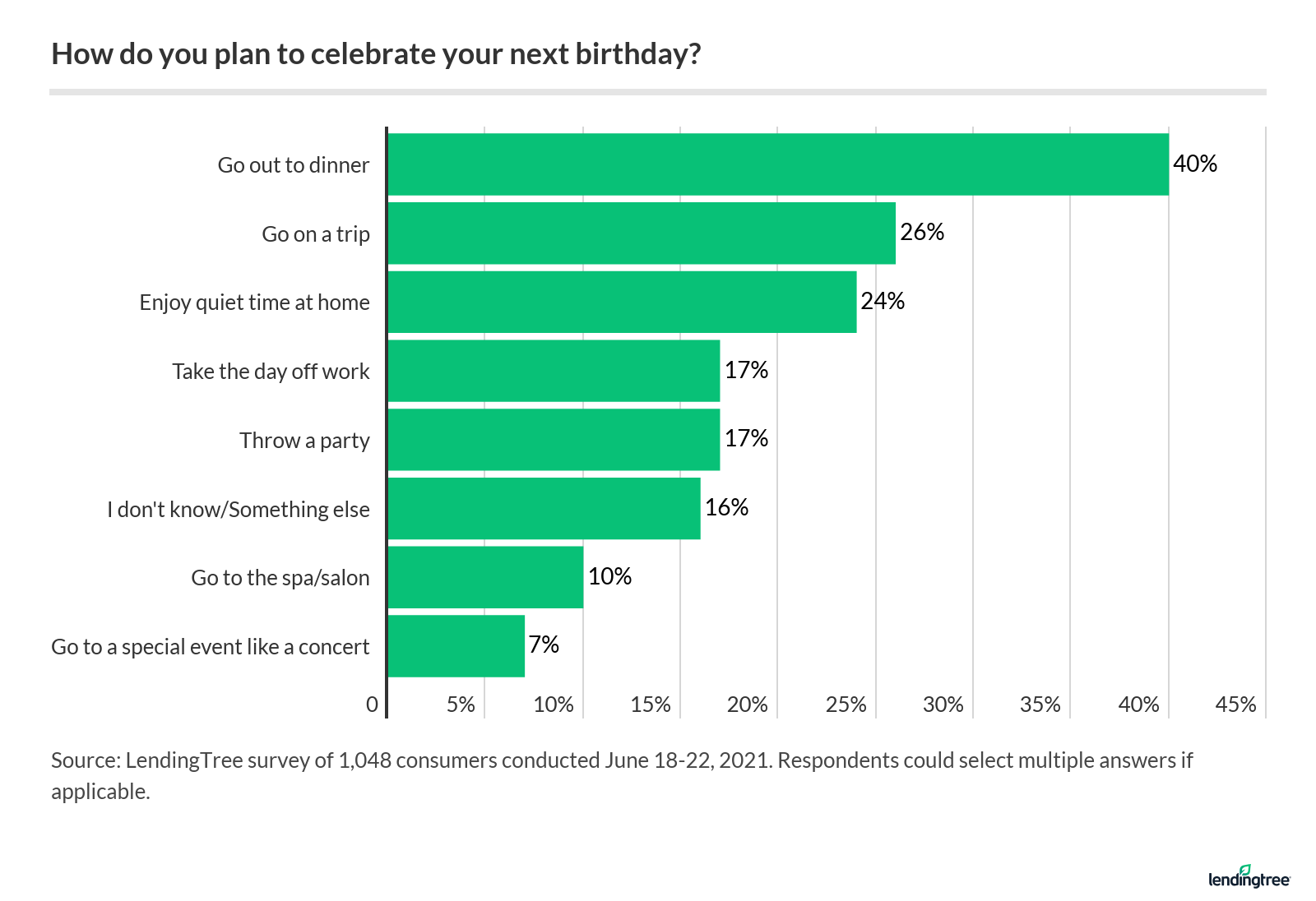 Balance gift-giving with your budget

As the world opens back up, you might well find yourself spending a lot more than last year on get-togethers and celebrations with friends and family. As you shop for gifts, be careful not to let external pressures lead you into blowing past your budget.

While you want to celebrate yourself and your loved ones, you also want to avoid burdensome debt. If you already owe more than you feel comfortable, check out our guide on how to use a budget to pay off debt.

LendingTree commissioned Qualtrics to conduct an online survey of 1,048 U.S. consumers from June 18 to June 22, 2021. The survey was administered using a non-probability-based sample, and quotas were used to ensure the sample base represented the overall population. All responses were reviewed by researchers for quality control.

45% of Americans Overspend on Gifts as Pandemic Winds Down

After a year of social distancing, our survey, people are ready to spend lavishly — even if they might need to go into debt.