Fertility treatments can open the door to parenthood for some Americans, but treatment may feel out of reach for many because of high costs. One avenue of financial support could be your employer: Fertility benefits are becoming increasingly common at workplaces, but some consumers aren’t sure what their (or their spouse’s or partner’s) job offers. 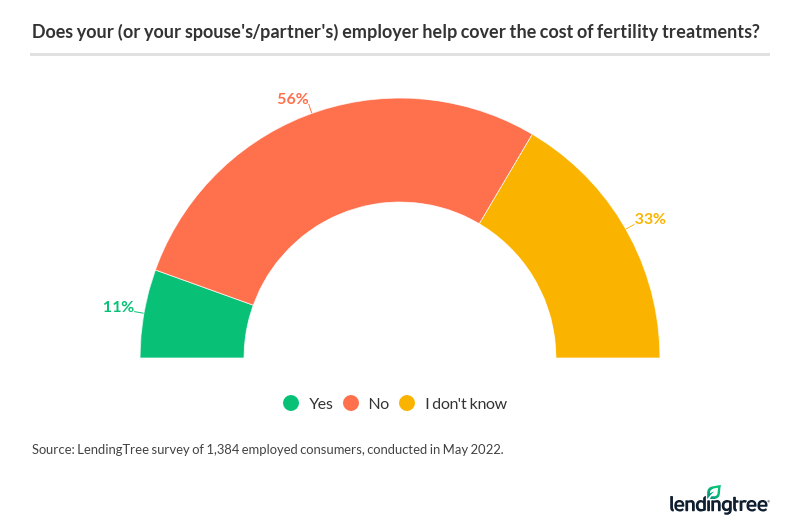 Gen Xers (ages 42 to 56) are the least likely to know whether they have fertility benefits, at 39%. It’s also worth noting that this age group is less likely to successfully conceive through popular treatments like in-vitro fertilization (IVF), according to the Society for Assisted Reproductive Technology. And at many clinics, physicians won’t perform IVF on those with low probabilities of conception.

Generally, most large employers offer support for employees seeking fertility treatment. In fact, 61% of employers with 500 or more employees provide fertility benefits, according to a 2021 survey from Mercer, a New York-based consulting firm.

Like many medical expenses, fertility treatments are a costly burden on Americans. Among the 15% of Americans who’ve undergone a fertility treatment, 80% say it impacted their finances, with many tapping into their savings (36%) or taking on debt (29%) to offset the costs. 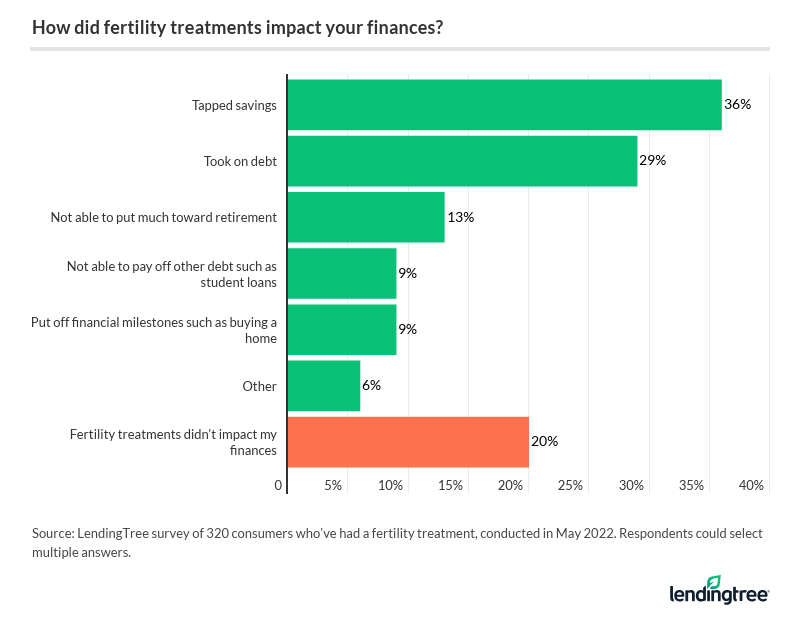 “Only 20 states have infertility insurance laws,” Townsend says. “And even with regulations in place, fertility coverage can be limited and the requirements difficult to meet.”

For the more than 60% left with most — or all — of their fertility treatment costs, their copayments may be hefty. According to resource site FertilityIQ, a single IVF cycle averages more than $23,000. Beyond that, FertilityIQ says prices rise 10% to 15% yearly.

As far as insurance coverage goes, however, Americans who receive donor eggs are the most likely to have all or most of their costs covered by insurance (44%). Insurance is also more likely to cover egg freezing and fertility drugs (both 43%), as well as IVF treatments (42%).

Generally, the most popular fertility treatments are the ones least likely to impact finances and most likely to receive insurance coverage. Overall, respondents said they’d undergone or would consider getting: 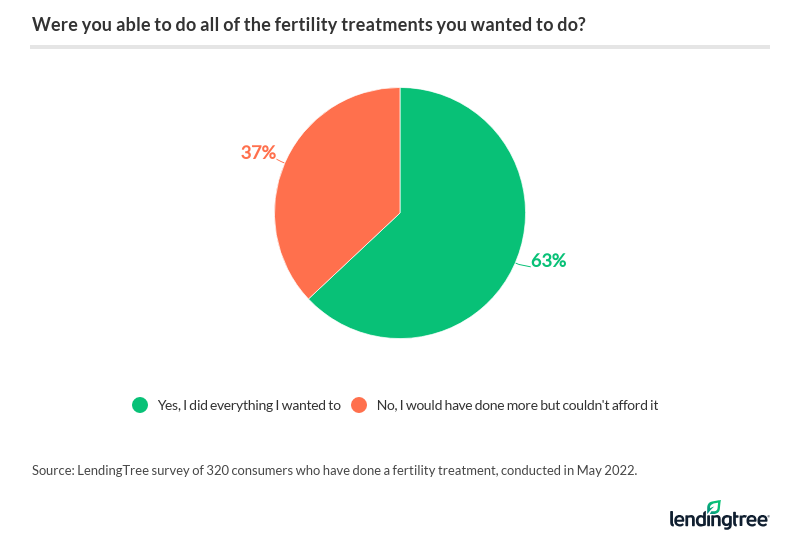 He also says the cost of child care plays a role. With many Americans putting off having children (or choosing not to have kids at all), it’s understandable that many wouldn’t want to take on debt to fund fertility treatments.

“As with most things involving money, this is a question of priorities,” Schulz says. “People are willing to spend big on things that really matter to them. For many folks struggling to have a child, there is no greater priority in life than expanding their family, so they’re willing to take on debt — even sizable debt — to make it happen.”

Among the respondents who would take on debt:

The cost of having a child puts parents into debt

Many family-minded Americans may be fortunate enough to forgo fertility treatments entirely, but there are other hefty medical expenses new parents face. From prenatal care to postpartum care, the cost of having a child puts many Americans into debt. In fact, among the 59% of respondents who have children, 29% say they took on debt to have a child. 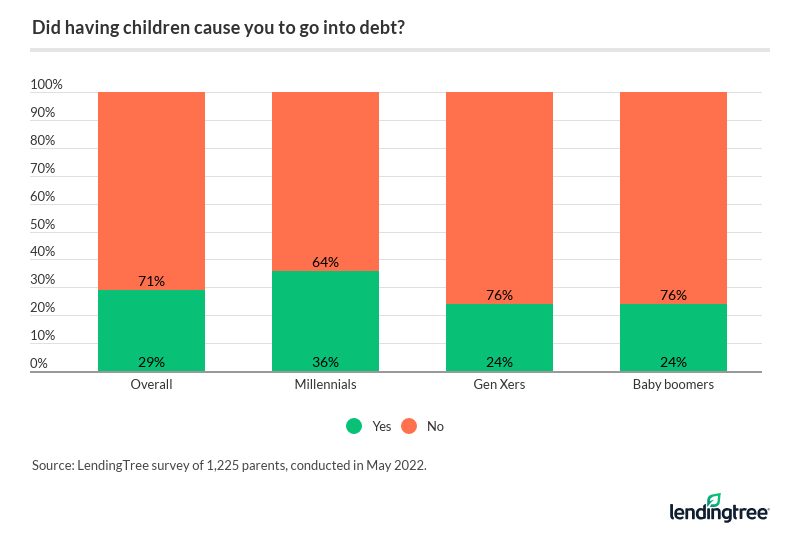 The costs of having a child affect consumers who aren’t parents, too. Among respondents who don’t have children, 33% say they would like to someday, but 31% are worried they’ll never be able to afford children.

While fertility treatments are expensive, they don’t have to feel out of reach. Consider these five tips to help offset the costs:

LendingTree commissioned Qualtrics to conduct an online survey of 2,071 U.S. consumers, fielded May 6-10, 2022. The survey was administered using a nonprobability-based sample, and quotas were used to ensure the sample base represented the overall population. All responses were reviewed by researchers for quality control.