Kali McFadden is a senior research analyst at LendingTree and MagnifyMoney based in Charlotte, N.C., where she conducts data-driven studies of issues related to personal finance and economics.

We are now reporting the average difference between the highest and lowest APRs offered to the same personal loan consumer on three-year term inquiries. Rate and loan amount offers varied widely among consumers, depending on factors including, but not limited to, credit score, income and current debt obligations.

At 1,270 basis points, the spread between the highest and lowest offered APRs offered to the same consumers were especially stark for high-score borrowers. 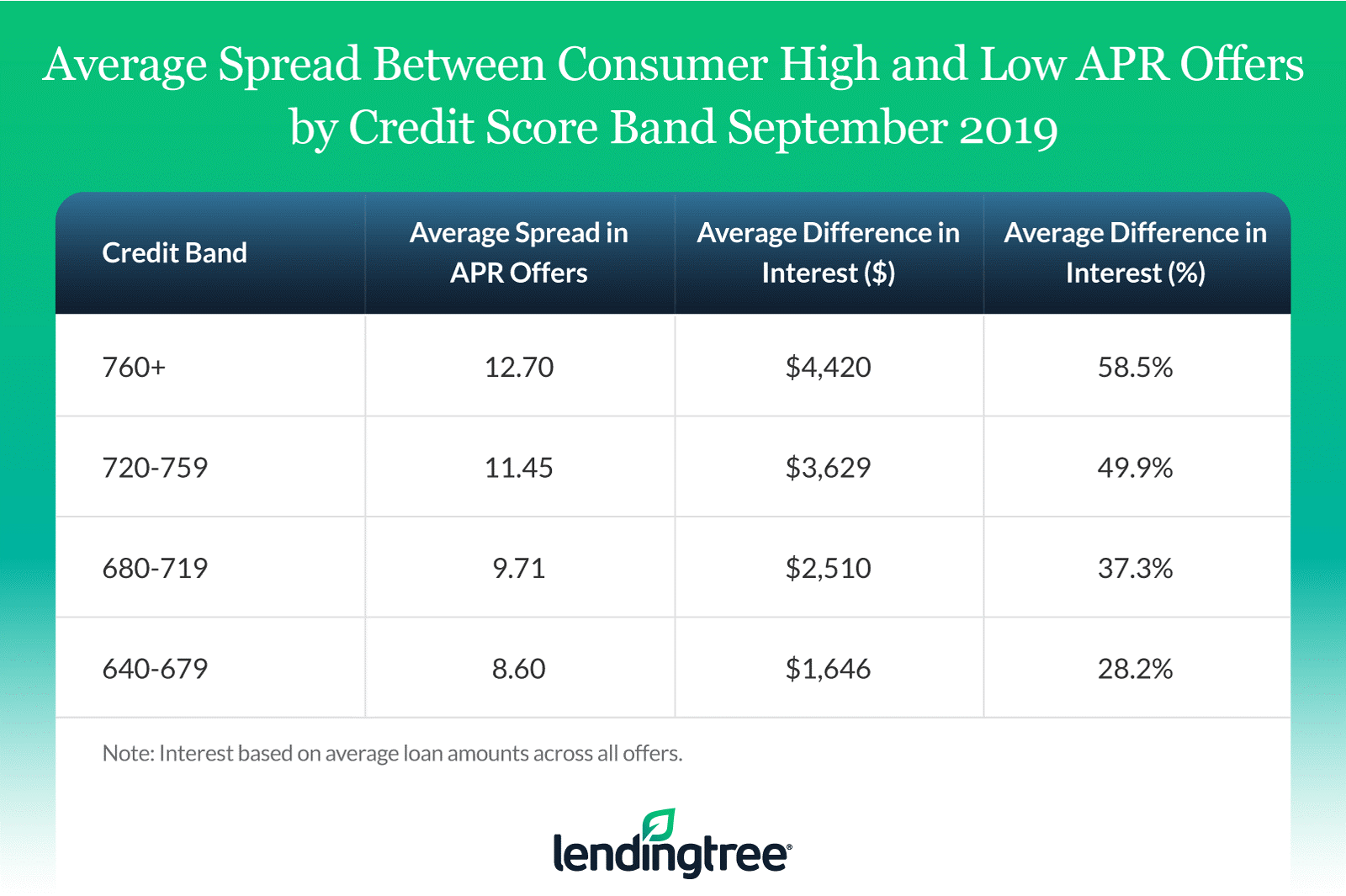 Excellent credit (760+ score): Best offered APRs to consumers with a credit score of 760+ averaged 9.92% in September.

The most common reasons for seeking a personal loan are credit card refinancing and debt consolidation. These two categories comprise 69% of loan inquiries in September. 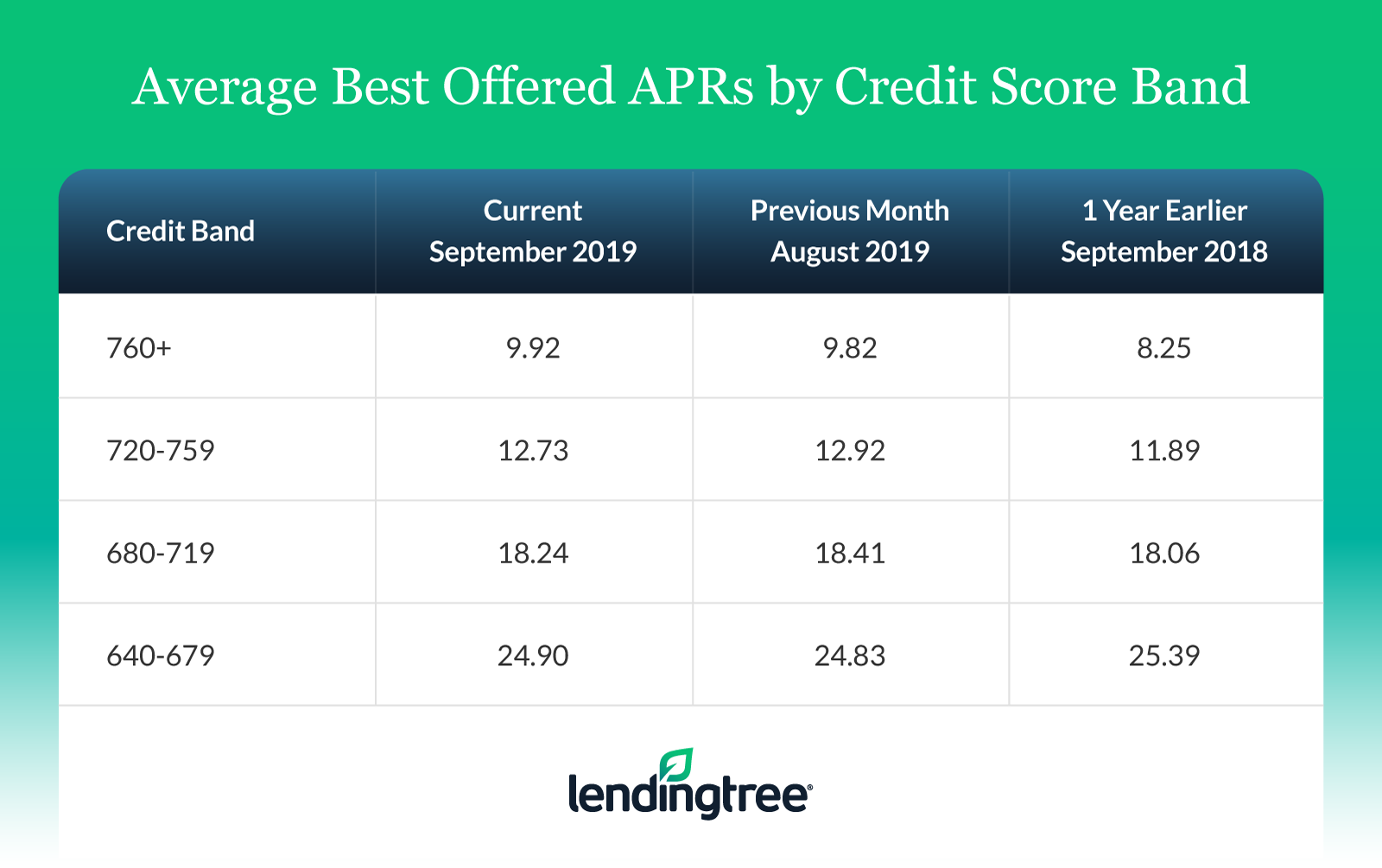 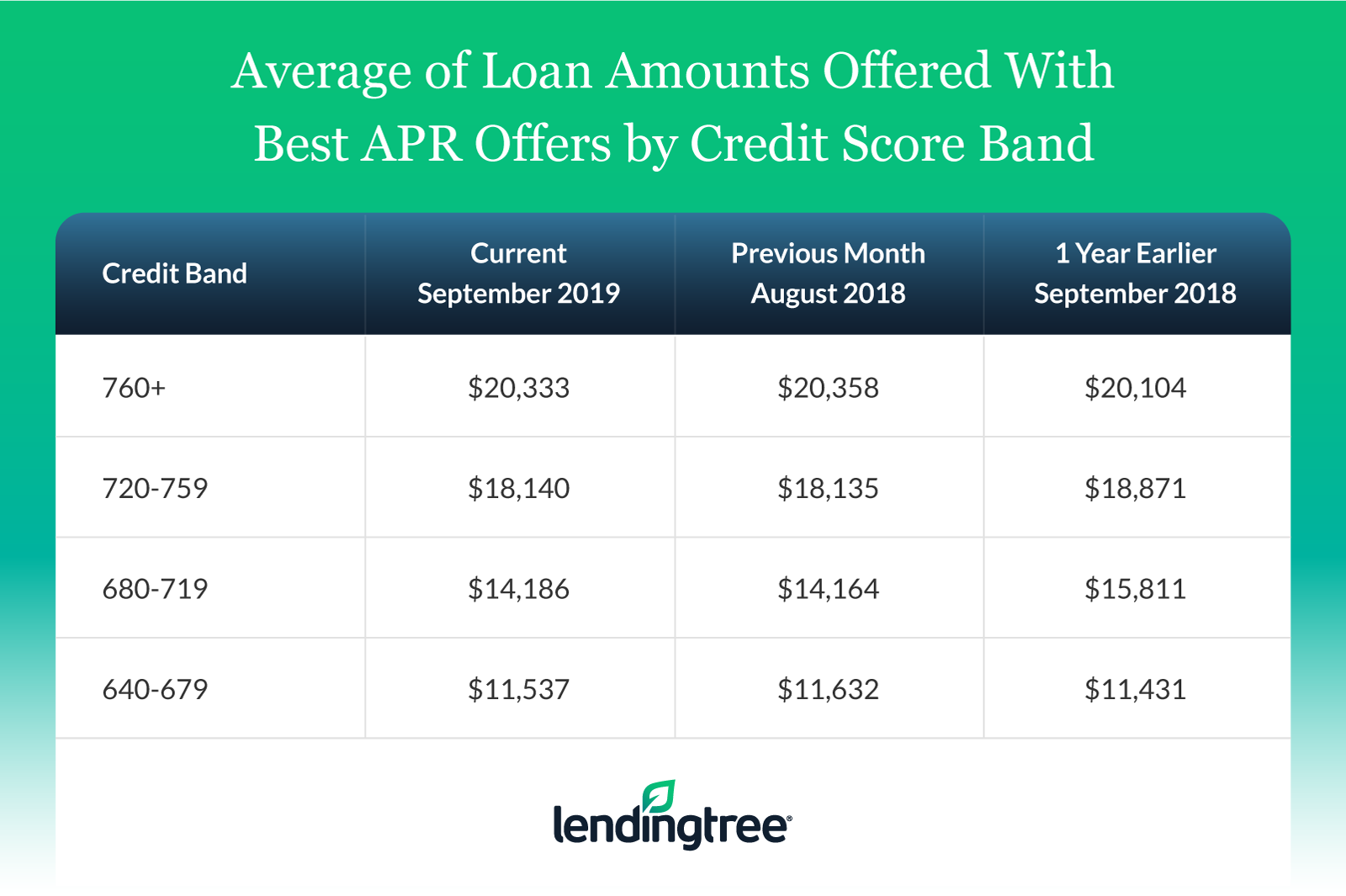 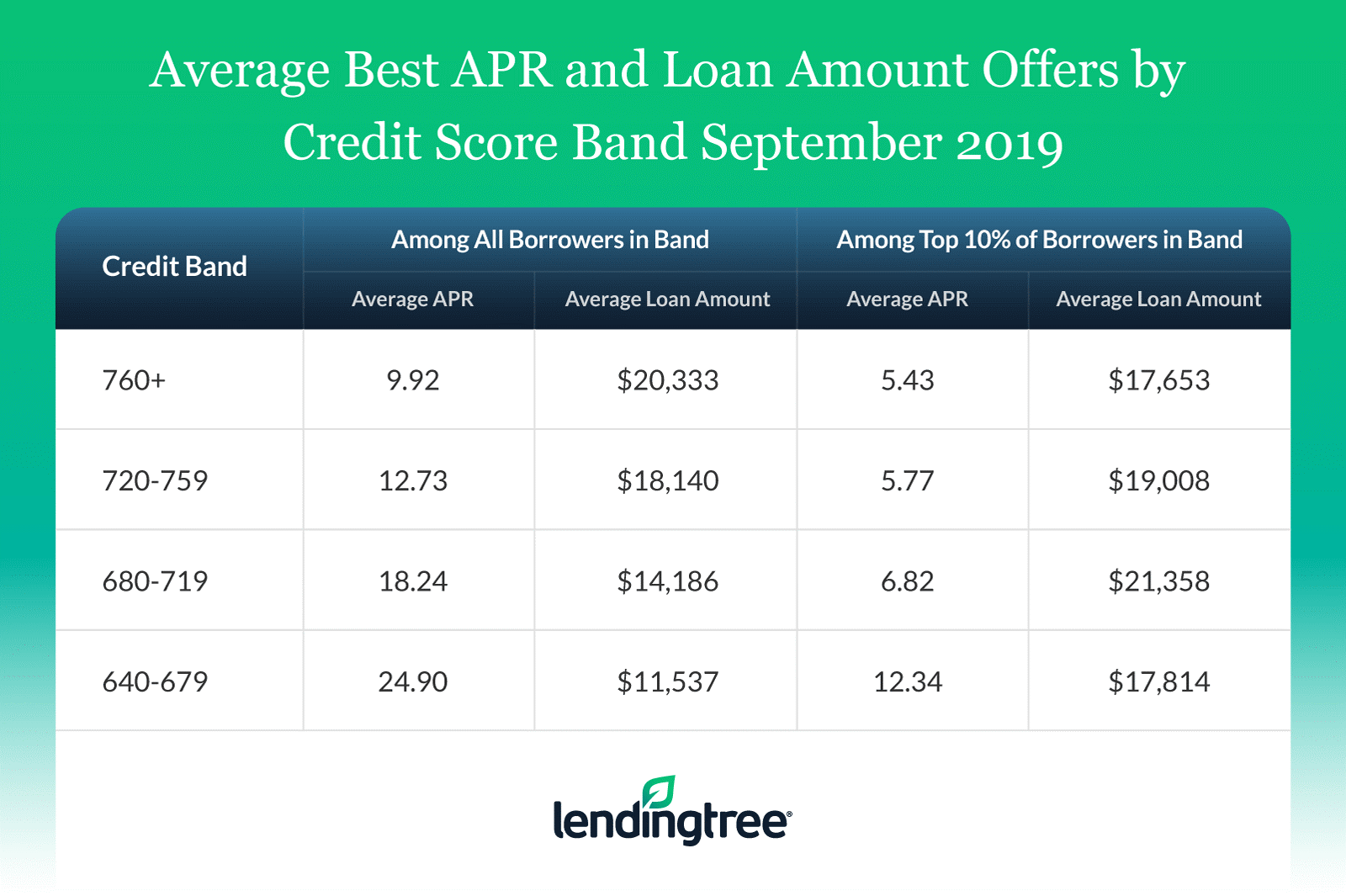 The LendingTree Personal Loan Offers Report contains data from actual 36-month loan terms offered to borrowers with credit scores of at least 640 on LendingTree.com by third-party lenders. Our report averages the best offered APRs by credit score band and the best 10% of offered APRs within each credit score band, as well as the average loan amounts that accompanied those offers. Separately, we average the differences between the highest and lowest APRs offered to each consumer within each credit band and calculate the difference in interest paid that would represent on the average loan amount offered within that credit band on a three-year term.

We organize results by credit score so that borrowers have added information about how their credit profiles can affect their loan prospects. We present the offers spread to demonstrate the variety in terms offered to the same consumers

The personal loan market is a fundamental component of personal finance products available to consumers, and personal loans are often used to refinance existing debt. Knowledge about the terms available to similar borrowers can be a key to making decisions about managing personal finances. We believe this report is an important addition to standard industry surveys and reports on personal loan rates, as most quoted industry rates are either the minimum possible rate or the average rate, and few borrowers will experience either.