In a new LendingTree study, we analyzed Americans’ credit scores by generation and found that the older someone is, the better their credit tends to be. On average, members of the silent generation (the oldest cohort) have credit scores 100 points higher than those of millennials.


Source: Analysis of an anonymized sample (July 2018) from among My LendingTree’s 9 million users.

“One possible reason for higher scores among older people is cultural. In general, they may use credit less and may be more disciplined savers and spenders,” said Kali McFadden, senior research analyst at LendingTree.

“Another reason is that older Americans are more settled financially, with lower monthly costs,” McFadden added. In general, the older someone is, the lower their mortgage payments and student loan debts are (or they don’t have such payments at all). Older Americans may also not need new furniture or have child care costs. That means they are less likely to have urgent financial costs that can result in delinquencies, which can hurt credit scores.

The younger generations, in contrast, are likely saddled with higher amounts of debt.  Additionally, they may have higher living costs — potentially associated with caring for families — and fewer savings. That could lead to limited financial wiggle room to cover unexpected expenses, so they could be more likely to be late on bills that can lead to negative marks on their credit.

It’s also a matter of the length of credit history. Millennials, who are as young as 22, haven’t had the time to build up the credit history that is necessary to achieve a stellar score.

“Even someone who has handled their finances impeccably will have lower credit scores until they’ve demonstrated that across a mix of debt products over an extended period of time,” McFadden said.

Millennials and Gen Xers may have to pay more for loans

Banks, credit card issuers and other lenders make lending decisions based on a borrower’s creditworthiness. They offer much better rates to borrowers with higher scores.

As our previous study revealed, individuals with fair credit scores pay far more in interest on a host of debts, including from credit cards, mortgages and student loans, than those who have very good scores.

Total Interest Paid Over the Lifetime of Loans


Sources: Analysis of anonymized LendingTree and My LendingTree consumer loan and debt data.

Gen Xers and millennials both fall into the “fair” score range, while the average silent generation score is in the “very good” range. Based on findings in both studies, we estimate that it would cost millennials and Gen Xers $29,106 more than it would silent generation members for the same average-sized mortgage loan ($234,437), and $5,629 for the same amount of credit card debt ($5,265).

Boomers aren’t much better off

While the higher credit score of baby boomers (average credit score: 696) is a sign of better financial stability than the younger generations, there’s still room for improvement. The average boomer score trails that of the elder generation by 38 points.

The concern about boomers is that lower scores can mean that people are struggling to manage their monthly finances by keeping low revolving credit balances and paying their bills on time, McFadden explained.

“Ideally, people should be in a stable position to manage the expenses they already have before losing a portion of their income through retirement,” McFadden said.

How to increase your credit score

Our previous research estimated that raising a credit score from “fair” (580-669) to “very good” (740-799) saves $45,283 on a common array of debts. Even though millennials and Gen Xers have shorter credit histories than the older generations, they can improve their credit scores.

Pay off balances on time.

The No. 1 rule in improving your credit is making on-time payments because payment history is the largest component (35%) of your score. If you are concerned that you may miss payments, set up payment reminders or autopay to pay your monthly bills.

Use as little of your available credit as possible.

Lenders generally view someone with a longer credit history as a lower lending risk. But it’s a factor over which you have little control — you cannot travel back with a time machine to apply for accounts. One thing you can do, though, is not close your old credit cards, even if you don’t use them. Credit scoring models consider the age of your oldest and newest accounts, as well the average age of all your accounts. Closing your old credit cards will likely lower your average account age. If anything, you can charge one small item to your accounts each month and set the bill to be paid in full via autopay.

Have a mix of credit accounts.

The type of credit accounts you use makes up 10% of your FICO score. The more diverse your credit mix, the higher your score is likely to be. Besides credit cards, many consumers have mortgages, car loans and other installment loans. But if you have a fairly healthy score and don’t need these other loans, it’s not necessary to apply for them just for the sake of having a stellar credit score. After all, the impact of credit mix is relatively modest.

While it’s important to have a number of accounts, it’s not wise to apply for a bunch of new credit cards in a relatively brief period. Lenders may see a spate of new accounts as a risk factor, and the new accounts will also reduce the average history of your credit accounts. 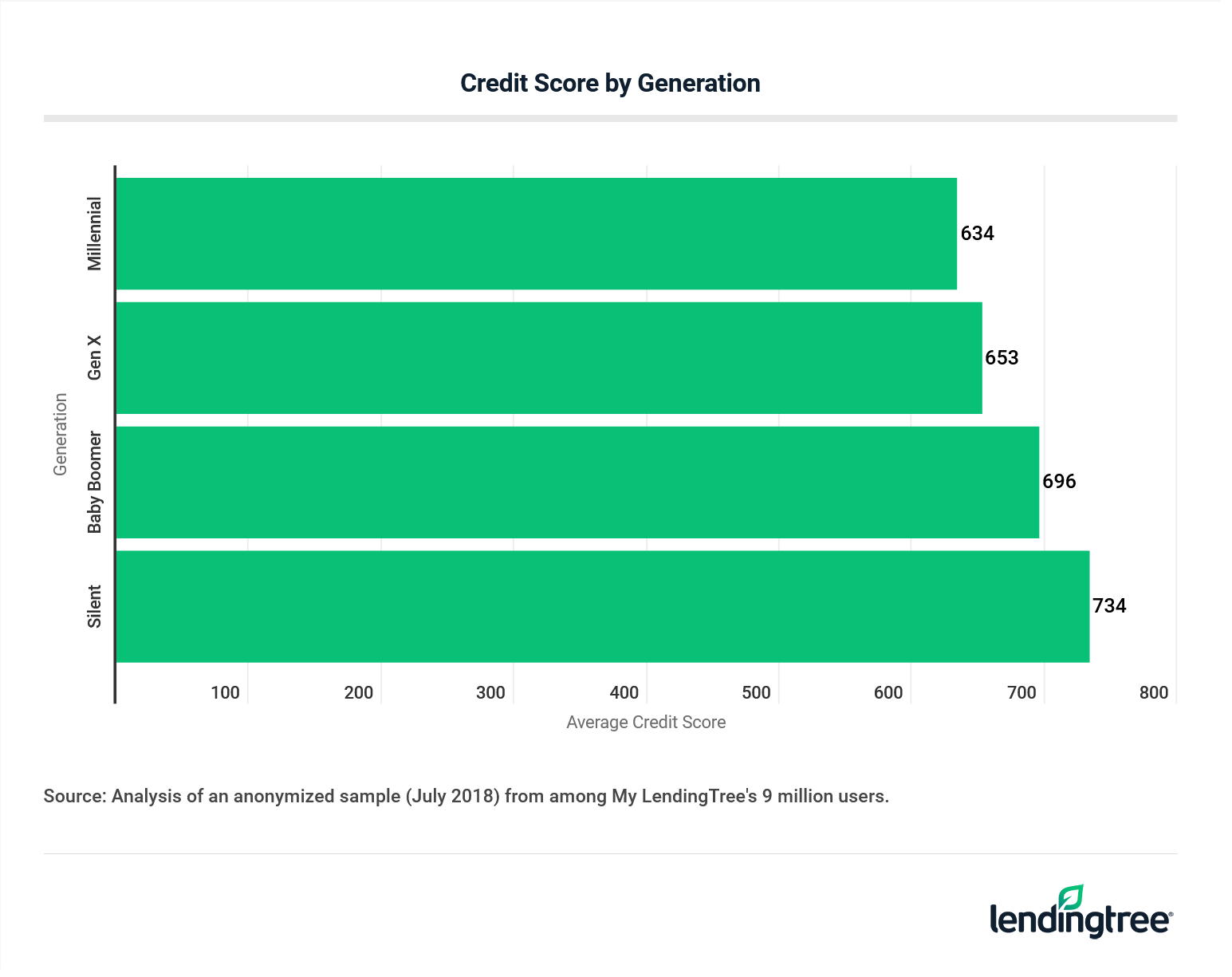 The TransUnion New Account Score — the credit score model used in this analysis — is based on data from TransUnion and determines an individual’s risk on new accounts. It has a 300-to-850 score range.

How Long Do Derogatory Marks Stay on Your Credit Report?

How long do derogatory marks stay on credit scores? This article lays it out mark-by-mark and explains exactly how you can get each one removed.

READ MORE
What is the Highest Credit Score?

The highest credit score possible is 850 with both FICO and VantageScore models. Read more about how to attain a “perfect” credit score.