LendingTree Reveals the Cities with the Biggest Houses in America

New LendingTree study ranks cities by the size of the average home.

When people travel outside their hometowns, they often marvel at the differences in living space. Non-New Yorkers will often say, “I can’t believe you pay so much to live in a shoebox,” while city dwellers are awed by the expanse of real estate that many homeowners have in less densely populated areas.

LendingTree compared home sizes across the country, but first, let’s look at some national data. The Census Bureau reports that the median size of new homes completed in the second quarter was 2,412 square feet. Home sizes have leveled off the past few years from a peak of 2,488 square feet in the third quarter of 2015, though homes sizes are generally larger today than they were for previous generations.  Because only a small proportion of the housing stock is new each year, the median size of all homes is lower given a median house age of 37 years.

To assess the median home size, we used LendingTree’s proprietary database of almost all homes in the United States. We calculated median home sizes for single-family homes. We also calculated the median value so that we could get a cost per square foot and reveal where homeowners get the most bang for their buck, at least in terms of living space. We show results for the 45 largest cities in the country.

Cities with the biggest houses in America

Cities with the smallest houses in America 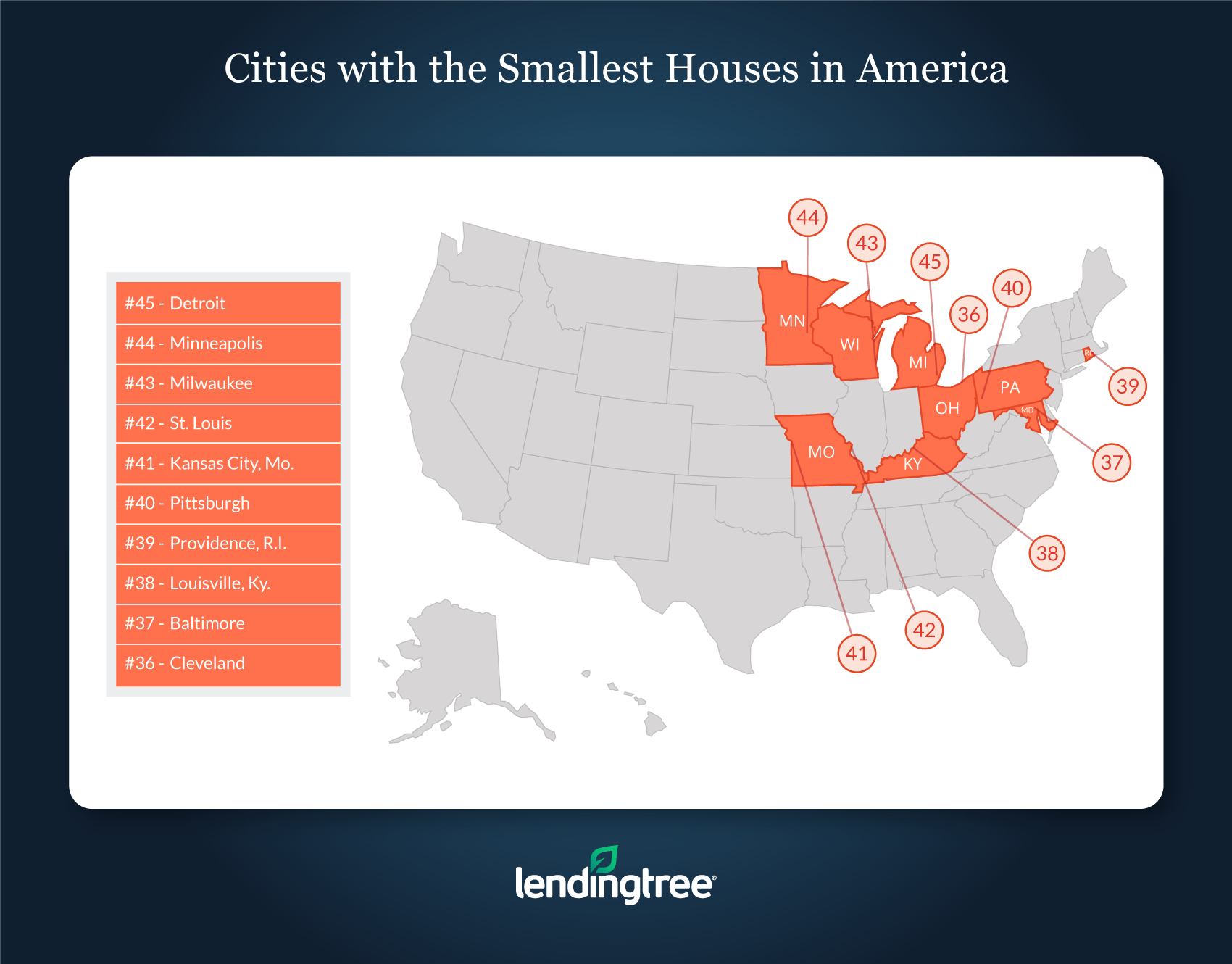 To determine the cities with the biggest houses, we looked at data pulled on Sept. 4, 2018, from the My LendingTree property value database. The database includes estimated home values for more than 155 million properties in the U.S. based on public tax, deed, mortgage, and foreclosure data, as well as proprietary local data used to power home financing recommendations for My LendingTree users. The home size is the median livable area for each city as defined by the Core-Based Statistical Area (CBSA).