A LendingTree study looked at where people moving out of state are going — and discovered that of the 12.1% of homebuyers across the country who change states, most prefer to head south. LendingTree reviewed over 2 million new purchase mortgage loan requests for primary residences in all 50 states in 2018 (through mid-November) to find what percentage of all requests were from residents looking to move outside of their current state, and where their destination would be. The results reveal the most popular new locations for homeowners in each state, along with the states with the highest percentage of requests to move to other parts of the country.

Florida is the No. 1 destination.

Florida was the top new destination for 15 of the 50 states. Of all purchase mortgage requests during the study’s period, 9.1% were for Florida. For out-of-state movers, 12.4% of requests were for Florida. The Sunshine State has a long history of bringing in visitors and new residents, particularly retirees.

Alaska has the most residents looking to move away.

By contrast, Alaska had the lowest percentage of residents looking to stay in state at 75.2%. The top destination out of Alaska was Washington state. 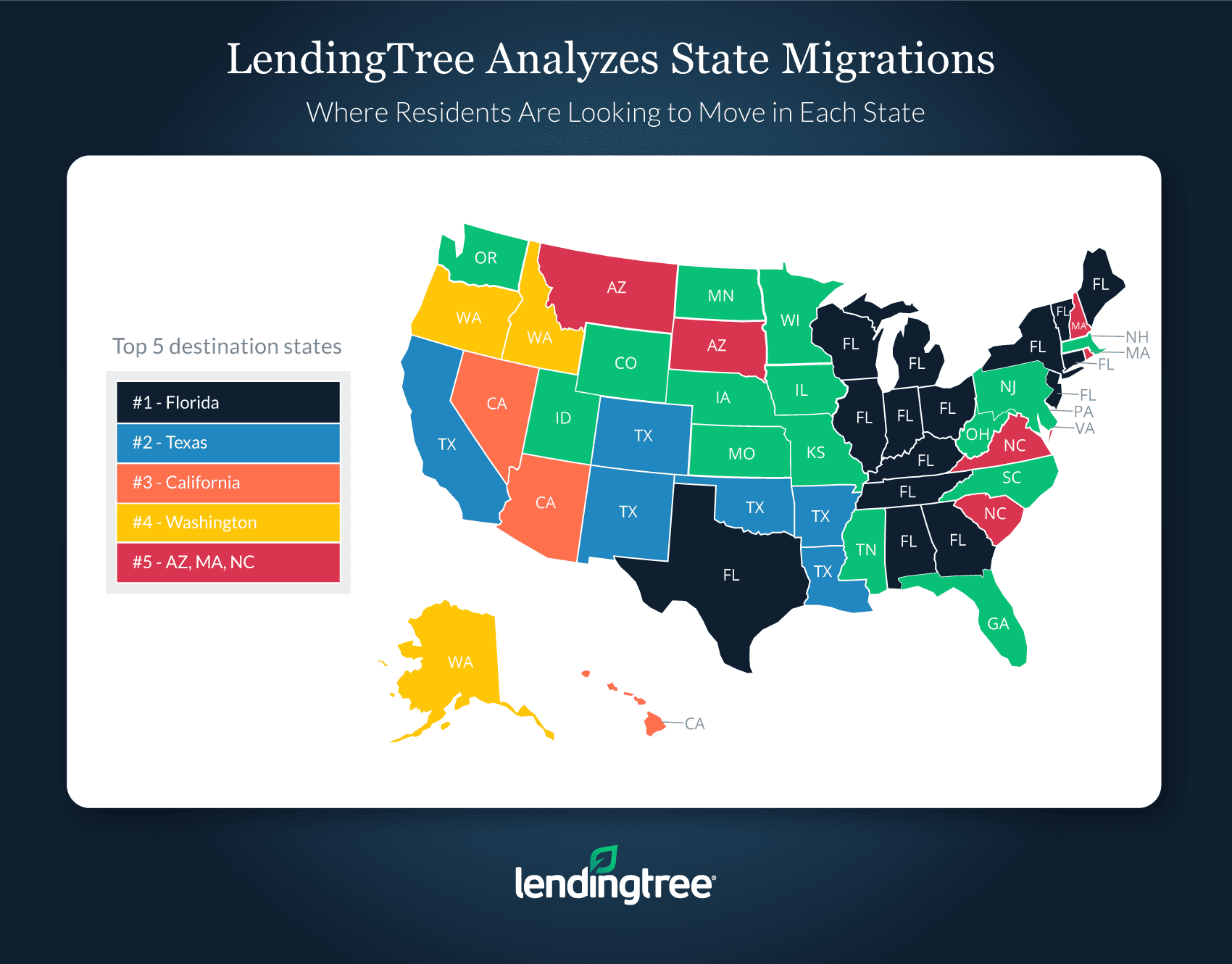 Most people looking to move out of state don’t want to go far.

South Carolina is the top destination when adjusted for population size.

LendingTree created a Moving Popularity Score Index* to analyze destination states adjusted by population. South Carolina scored highest, as mortgage loan requests were 52% greater than suggested by its share of the national population. Other popular states by this metric are Florida, Delaware, Georgia and North Carolina, revealing a Southern tilt in the preferences of out-of-state homebuyers. At the other end of the spectrum, homebuyers are least attracted to South Dakota, which received just 64% of the loan requests its population would suggest. Hawaii, Minnesota, California and New York complete the bottom five. 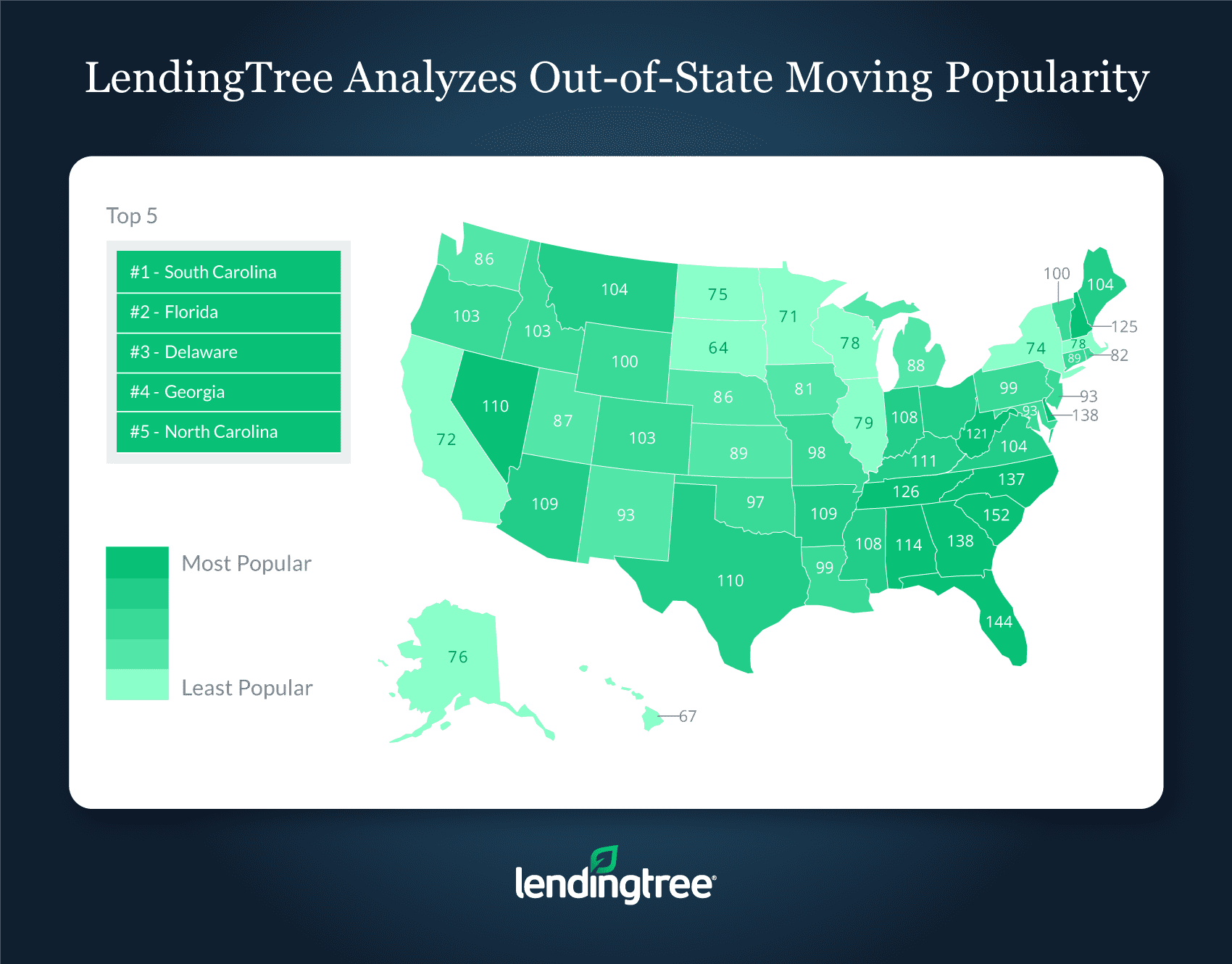