A LendingTree study looked at where residents in each state are looking to move and discovered a southern tilt in preferences of out-of-state home buyers. LendingTree reviewed purchase mortgage loan requests for primary residents in all 50 states in the last year – from October 2016 to October 2017 – to find the percentage of all requests from residents looking to move outside of their current state. The results reveal the most popular new destination for each state along with the percentage of out-of-state requests for that location. 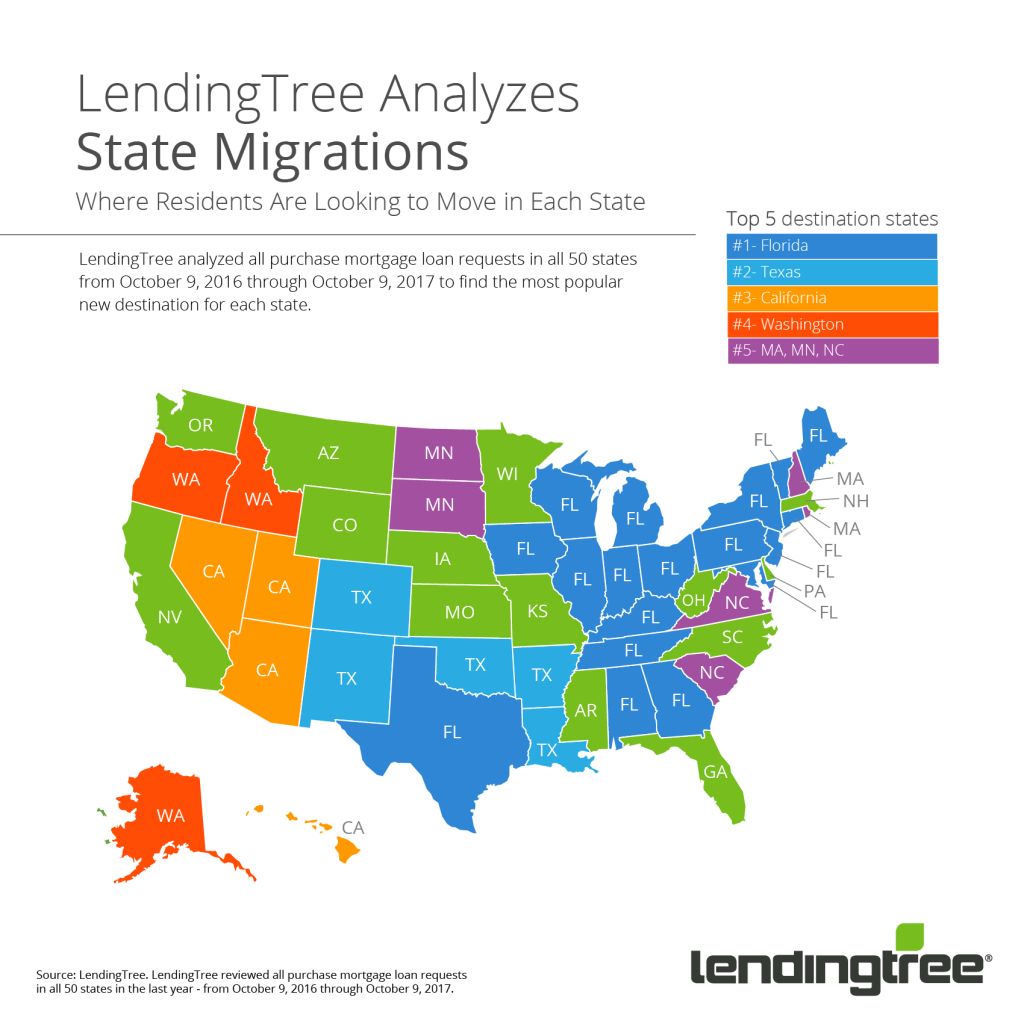 Florida is the number one destination. Florida was the number one new destination for 18 of the 50 states. Of all purchase mortgage requests during the study’s time period, 9.14% were for consumers looking to move to Florida. The Sunshine State has a history of bringing in visitors and new residents, particularly retirees.

South Carolina leads out-of-state mover popularity. LendingTree created a Moving Popularity Score Index* to analyze destination states adjusted by population. South Carolina scored highest, as mortgage loan requests from out-of-state movers were 56% greater than suggested by its share of the national population. Other popular states are Florida, Delaware, North Carolina and Georgia, revealing a southern tilt in the preferences of out-of-state home buyers. At the other end of the spectrum, home buyers are least attracted to South Dakota, which received just 71% of the loan requests its population would suggest. California, Minnesota, North Dakota and Hawaii complete the bottom five. 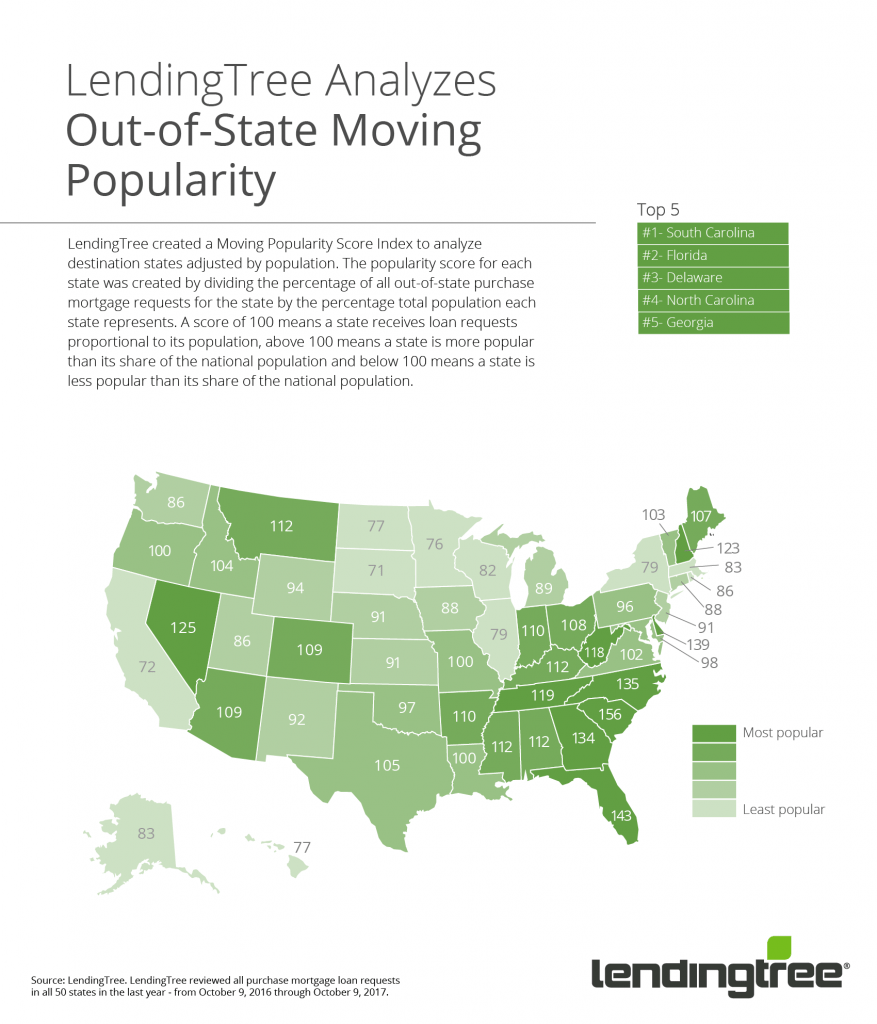