Study: Where Divorce Rates Are Highest (And Lowest) 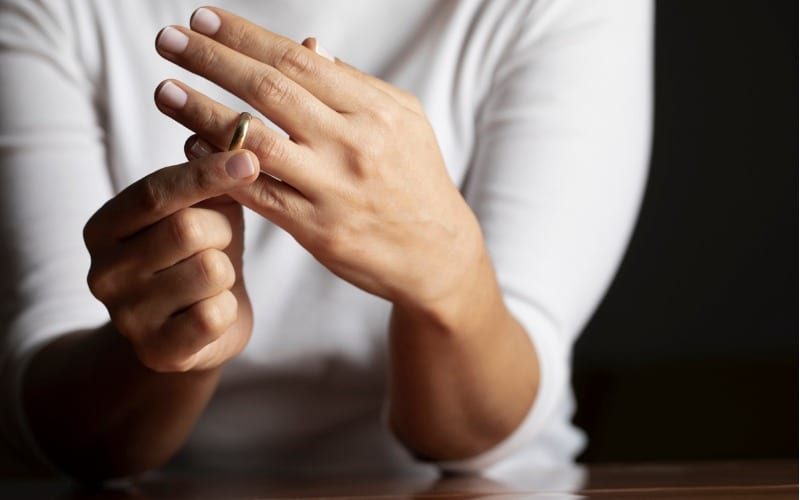 Divorces can be messy. They can come with an incredible amount of emotional stress and costs. The typical divorce costs $15,500, according to a report by Nolo, a site for legal advice.

But the rate of divorce varies across the U.S. To determine which states have seen a higher number of couples divorce in recent years, LendingTree analyzed marriage and divorce data at the state level for the 2016-2017 and 2007-2008 time periods. Here are our findings.

Where Americans are divorcing more often

The map below shows where divorce rates are highest and lowest. You’ll find clusters of states with low divorce rates in the Northeast and the Midwest. The Southwest, including New Mexico, Arizona, Colorado and Nevada, have high divorce rates. These states rank within the top 15 for divorce.

Hawaii, Illinois and New York had the lowest divorce rates. Interestingly, New York and Illinois also have some of the highest populations of married people.


Across the board, our study revealed that the number of divorces has dropped. This may be attributed to lower marriage rates altogether, as well as people marrying later in life. Data suggests that marrying later leads to a lower chance of divorce. Add on that millennials are putting off marriage until later, and divorce rates could continue to decline.

Where divorce rates are falling (and rising)

A smaller drop in divorce rates isn’t necessarily bad news. Pennsylvania and it’s Northeast neighbors, for example, already have the lowest divorce rates in the country, and therefore had less room for improvement.

On the other end of the spectrum, Arkansas was one of only two states where divorce rates rose, with an increase of 0.1% since 2008. The divorce rate also rose by 0.1% in North Dakota, and stayed the same in South Dakota.

Does the data suggest that married couples treasure their sacred vows less if it didn’t cost as much to walk down the aisle? Not at all.

It’s more likely that couples who are older and further along in their careers can afford to spend more on their wedding. But it’s because they’re getting married later that they are less likely to get divorced — not because they spent more on the wedding.

For instance, New Yorkers get married for first time at a later age and have one of the highest average wedding costs.

Divorce — like marriage — is not a decision to be taken lightly. And while you can budget for a wedding to keep costs within your means, it is harder to predict how much a divorce will cost.

Custody battles and legal fees can all raise the price of divorce. Getting divorced could even mean taking out a personal loan to cover costs you can’t pay for out of pocket.

You may incur high fees to divorce

In addition to legal fees and paperwork to process the divorce, divorcing couples may need to pay additional fees when they sell a home or divide other assets. They might have to buy a new house or rent an apartment, which may entail realtor fees, down payments, security deposits and mortgage payments or rent. That’s not even counting alimony or child support payments — all a significant part of divorce costs.

Divorce can even reduce your credit score. Not directly, but many of the factors that go into determining your score can be affected by divorce. For instance, if you take your name off joint accounts, your credit utilization rate may increase and the length of your credit history and credit diversity may all drop. These factors all go into calculating your FICO score.

Legal costs can give you less money to live on, and you might miss credit card payments, which can hit your credit score hard.

And if you didn’t have many accounts in your own name, removing your name from your spouse’s accounts could leave you with little to no credit history, no credit to your name and no financial safety net.

How to minimize the financial ramifications of divorce

An emergency savings account that would cover job loss or emergency home repairs could help fund divorce, if it comes to that. You could also consider debt consolidation, so that you can enter divorce with lower interest rates and, potentially, less debt to divvy up.

Of course, the best solution is to avoid divorce by taking the time to make sure you’re marrying the right person.

Divorce, like marriage, is a personal choice. Just as you might save money for a wedding, being financially prepared for a divorce can help reduce some of the stress.

To create our one-year divorce rate, expressed as a percentage, we divided the number of people who divorced in the last year by the total married population. We did this for the 2016-2017 period as well as for the 2007-2008 time period. We then created a separate ranking comparing these two figures. Our one-year divorce rate measures the number of married people who got divorced over a one-year period rather than showing the total number of divorced people in a state.