Twenty-three percent of American drivers suspect they’ve been a victim of credit card or debit card skimming at a gas pump in the past 12 months, according to a new report from LendingTree. That’s up from 15% just a year ago, and concerns over skimming are leading more and more people to change their payment habits at the pump.

Skimming is a type of fraud in which bad guys steal card data by attaching hard-to-detect devices to ATMs or gas station payment terminals. These devices read and store the data, which is transmitted to the fraudsters who then either sell that data online or use themselves to make fraudulent purchases. This practice has made headlines across the nation in big cities, small towns and everywhere in between.

Credit card skimming has been a particular problem at gas stations for the past several years. That’s because while most other merchants have had to upgrade their payment terminals to work with new EMV or smart-chip credit cards, which are far less susceptible to skimming because of the technology embedded in the chip, gas stations have not. The major credit card networks gave gas stations until October 2020 to upgrade their payment terminals, largely because doing so likely means having to replace entire gas pumps ⁠— a far more costly and disruptive process than for other types of merchants.

That delay has created an opportunity for crooks, and they clearly appear to be taking advantage. We asked people who had filled their vehicle up with gas in the past 30 days for their views on credit card skimming and what we found was striking. A growing number of Americans say they’ve been a victim and even more say they’ve known someone who has been a victim. That has led them to worry more about skimming and even change the way they pay at the pump to protect themselves. 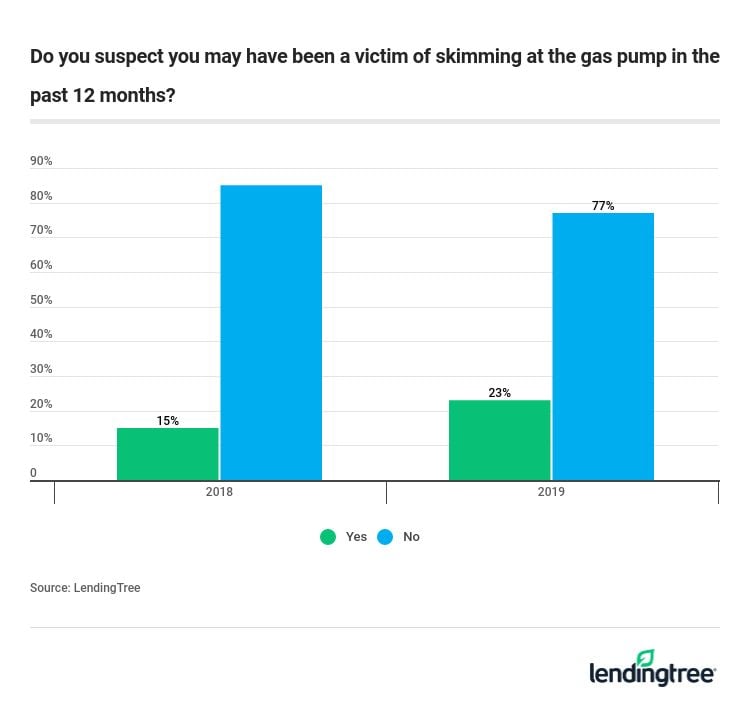 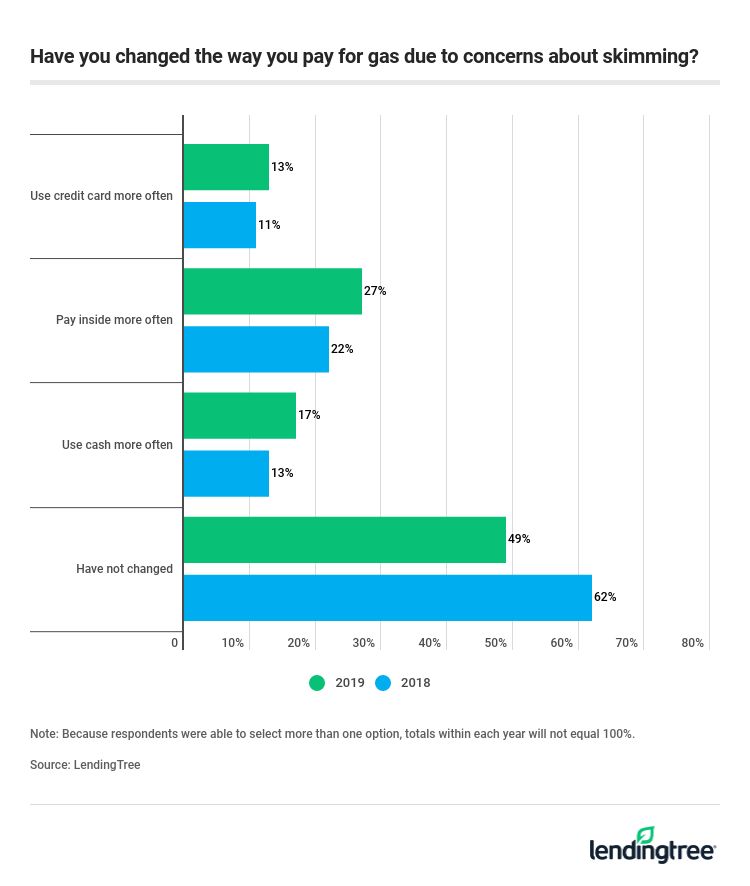 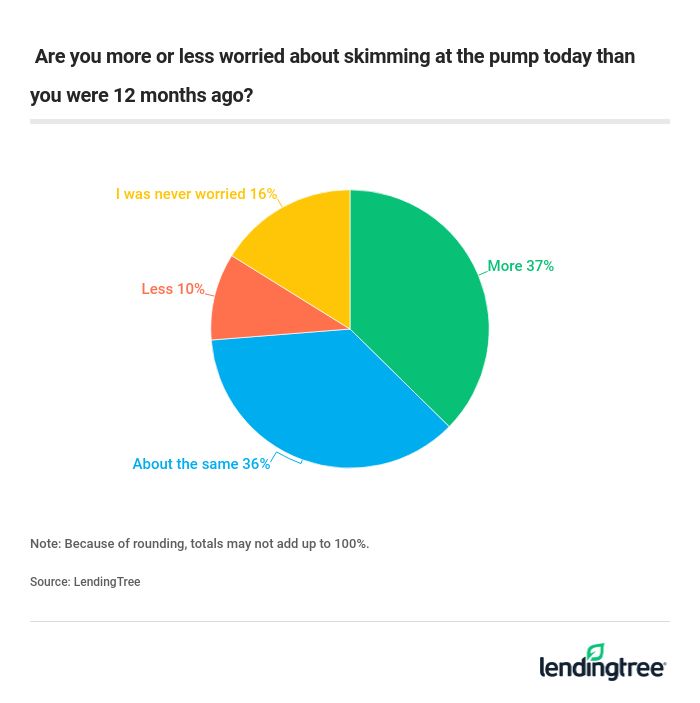 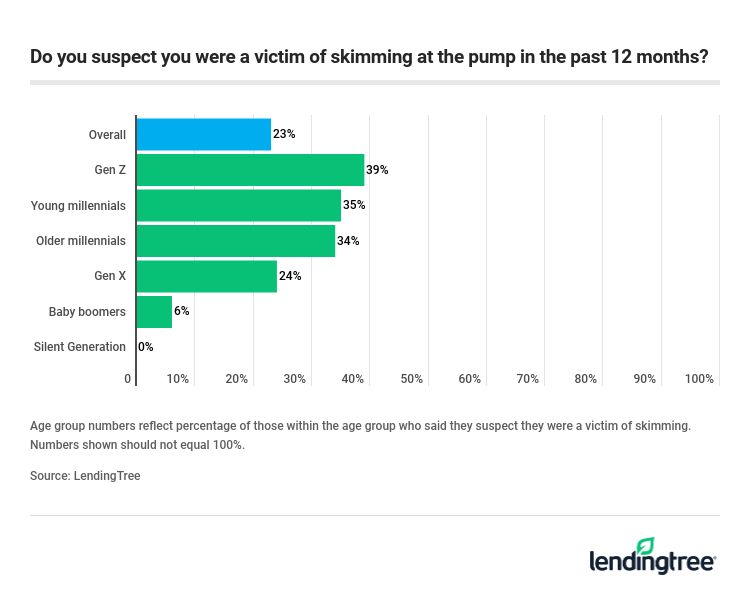 The bottom line: Small steps can make a big difference against skimming

It shouldn’t come as a big surprise that more people are worried about credit card skimming today. Most any city of any size in this country has dealt with this type of fraud and the problem isn’t likely to improve until gas stations finally upgrade their terminals. That doesn’t mean you’re helpless, however.

Here are a few things to do to help protect yourself against skimming:

LendingTree commissioned Qualtrics to conduct an online survey of 924 American adults who have filled up their vehicle with gasoline at a gas station in the past 30 days. The survey was fielded from May 14-15, 2019.

23 percent of American drivers suspect they’ve been a victim of credit card or debit card skimming at a gas pump in the past 12 months.