More Than 14 Million Households Across U.S. Don’t Have Internet

In 1983, 1.4% of U.S. adults reported using the internet in their homes. Today, nearly 86% of U.S. households have some type of internet subscription.

This highlights how at-home internet services have gone from a novelty to a necessity over the past nearly 40 years. And though it’s an undeniably important part of modern life, many households across the U.S. lack internet access.

Ultimately, we found more than 14.4 million households across the U.S. don’t have internet access. 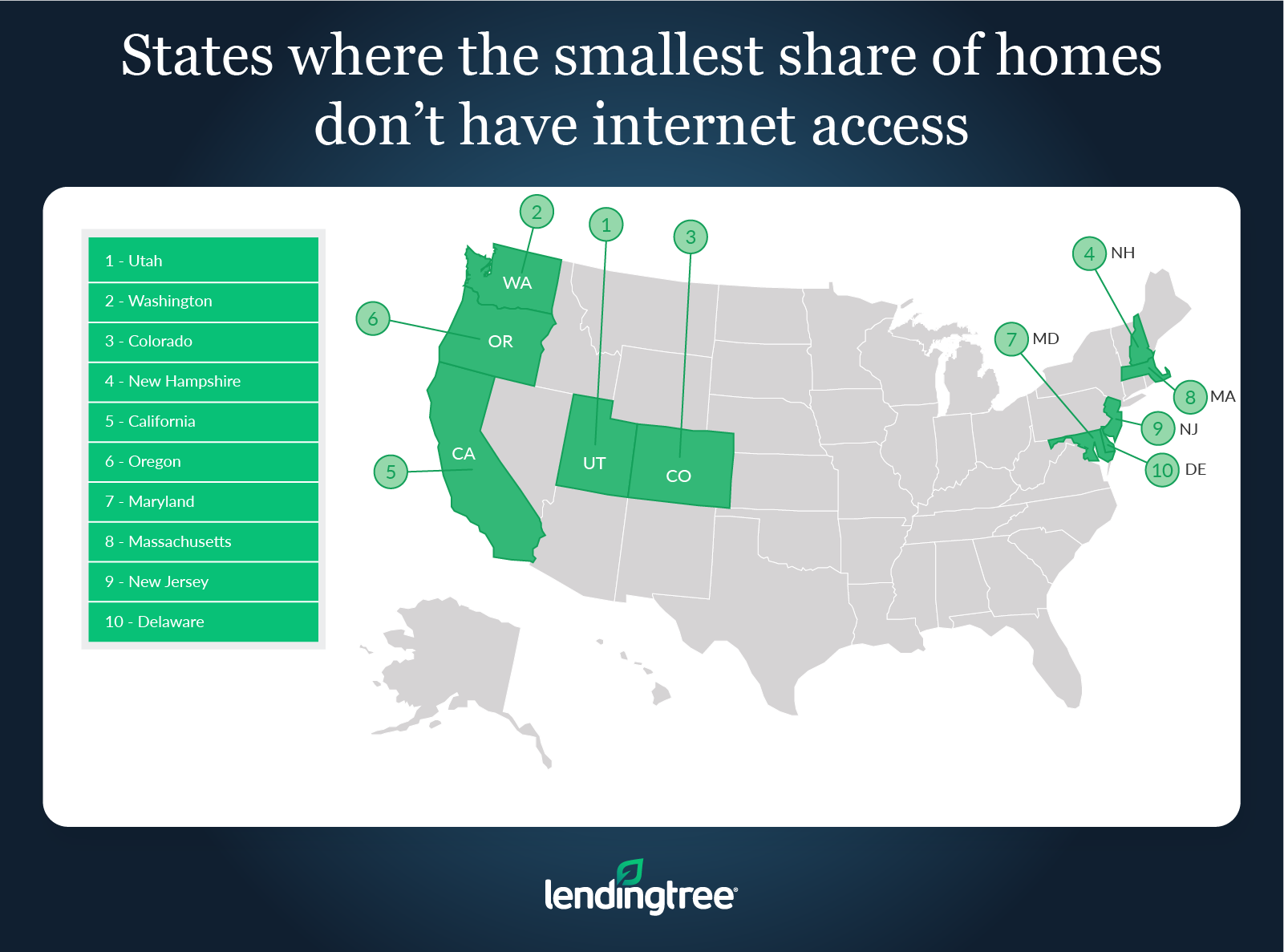 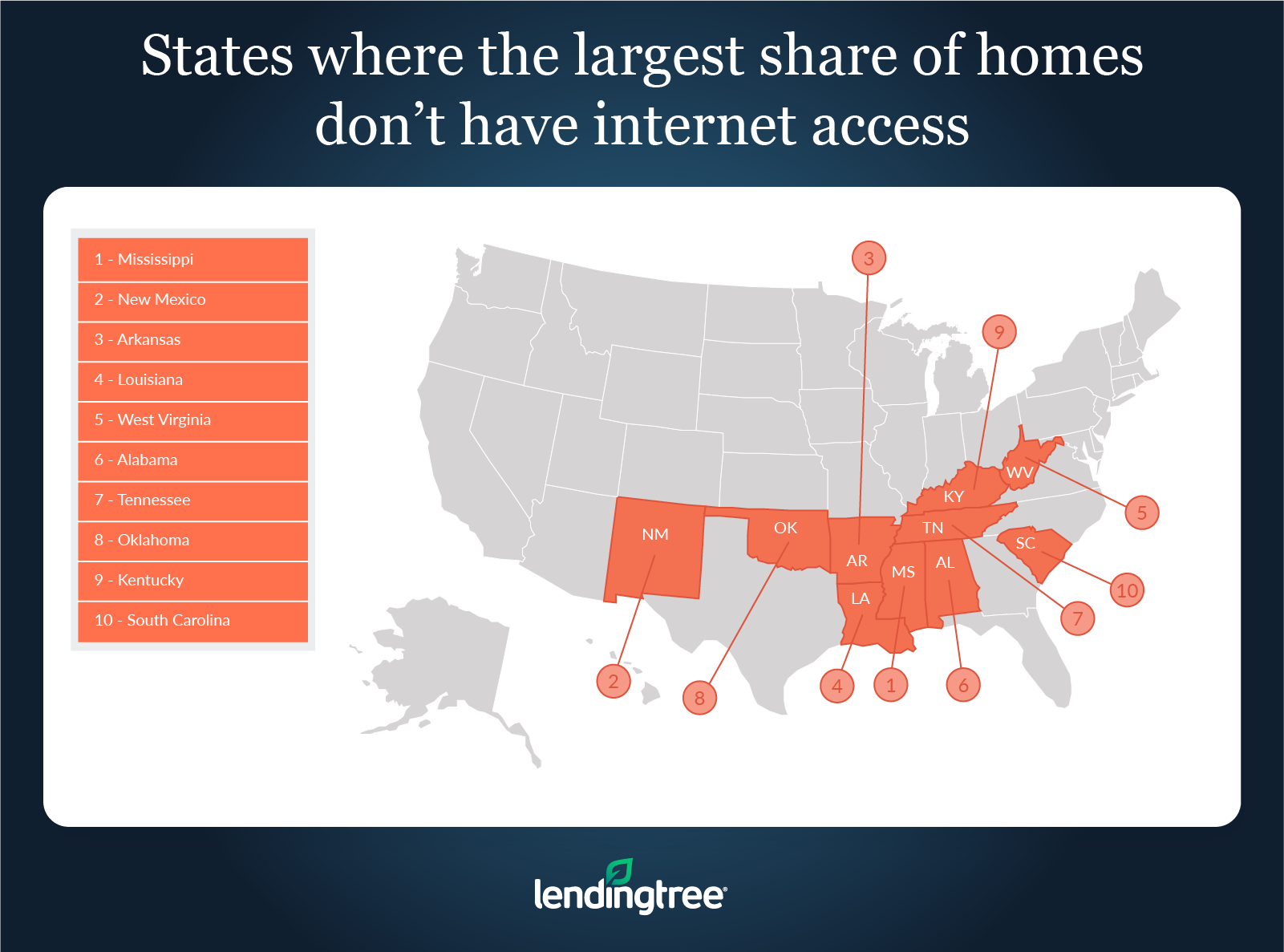 Tips for making sure your new home has internet access

It may seem like a given that you’ll easily be able to get internet access in your next house. But, as our study shows, there are plenty of homes across the country without internet access. Here are three tips you should keep in mind before you buy a house to be sure you’ll be able to connect to the web from your new home.

If your household is struggling financially to afford internet service, you may be able to utilize the federal Affordable Connectivity Program (ACP). Under this program, qualifying households can receive a monthly $30 discount on their internet bills. There may also be programs available at the local and state levels. If you can connect to the internet, check your local and state government websites for more details.

LendingTree analyzed the U.S. Census Bureau’s 2020 American Community Survey with five-year estimates (the latest available at this study’s writing) to rank the nation’s 50 states by the share of households with some type of at-home internet access.

Specifically, the LendingTree ranking included households with subscription access to at least one of the following internet services at their home:

*The Census Bureau doesn’t list the types of internet subscriptions that may fall under this category. They do note that the American Community Survey is based on self-reported data, so it’s possible that some types of internet classified as “other” could fit into one of the above categories.

**Those with access to the internet without a subscription can include people who live in towns, cities or other areas that provide free internet services to residents.

More Than 14 Million Households Across U.S. Don’t Have Internet

An average of 12.22% of households across the nation’s 50 states don’t have internet access.