LendingTree Reveals the Most Valuable Cities in America

Real estate wealth is not evenly distributed across the country and is largely concentrated in large cities. But it begs the question: What are the most valuable cities in America?

Of course, the comparisons are not apples to apples: GDP represents a single year’s output while the value of homes persists year after year (mostly upward and a few times declining). Cities represent the sum of individually-owned properties while stocks are the exact opposite: fractional ownership of a single company. Nonetheless, we paired up cities with their equivalent country GDP and company stock market values to get a sense of value.

Most valuable cities in America 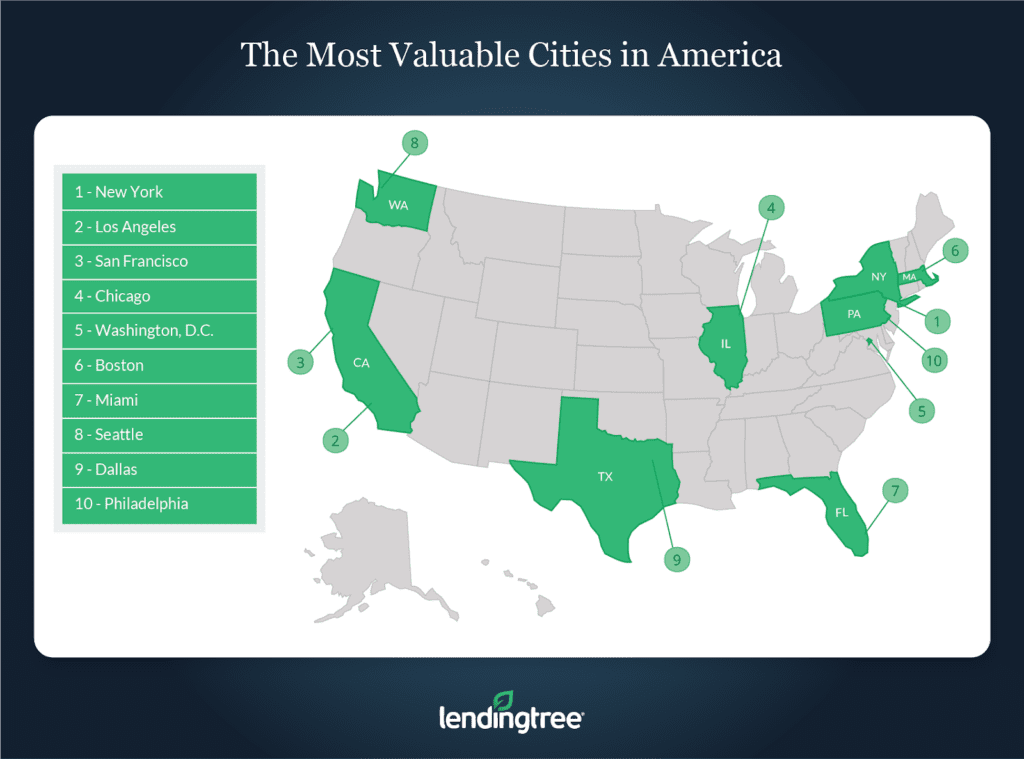 To determine the total value of cities, LendingTree looked at home value figures pulled in January 2020 from the LendingTree property value database. The database includes estimated home values for more than 155 million properties in the U.S. based on public tax, deed, mortgage and foreclosure data, as well as proprietary local data used to power home financing recommendations for LendingTree users. The total value of real estate in metropolitan areas in the database was $32.6 trillion, close to the Federal Reserve’s estimate of total residential real estate value of $32.9 trillion. GDP data was taken from the IMF’s World Economic Outlook published in October 2019. Stock market values were pulled in February 2020 from S&P.

A Homeless Superhero: Could the Friendly Neighborhood Spider-Man Actually Afford to Live in New York City?

As one of the most relatable superheros, Peter Parker may have spider powers, but like anyone else, he struggles to pay the bills, has difficulty maintaining relationships and doesn’t always love his job.