Buyers’ regret can strike anyone, and the pain can worsen when the price tag is high. Nearly 40% of consumers feel this sting due to car-buying regrets, according to the latest LendingTree survey of almost 2,000 car owners. The leading cause of regret is not the payment or the color of the vehicle, but its make and model.

Experience, however, yields wisdom. The groups with the lowest incidents of car regret are baby boomers and those who have owned their vehicles for six or more years.

Most common car-buying regret is the vehicle itself

Nearly 4 in 10 (39%) Americans who have bought a car have regrets about their purchase. Consumers across generations, gender and income report in the double digits that they wished they had purchased a different make or model, putting the top car-buying regret at 14% overall. Buyer’s regret can strike anyone because no one vehicle can do it all, no matter the price tag.

The second and third most common regrets overall are buying an unaffordable car (10%) and not shopping around for a better car deal (8%). 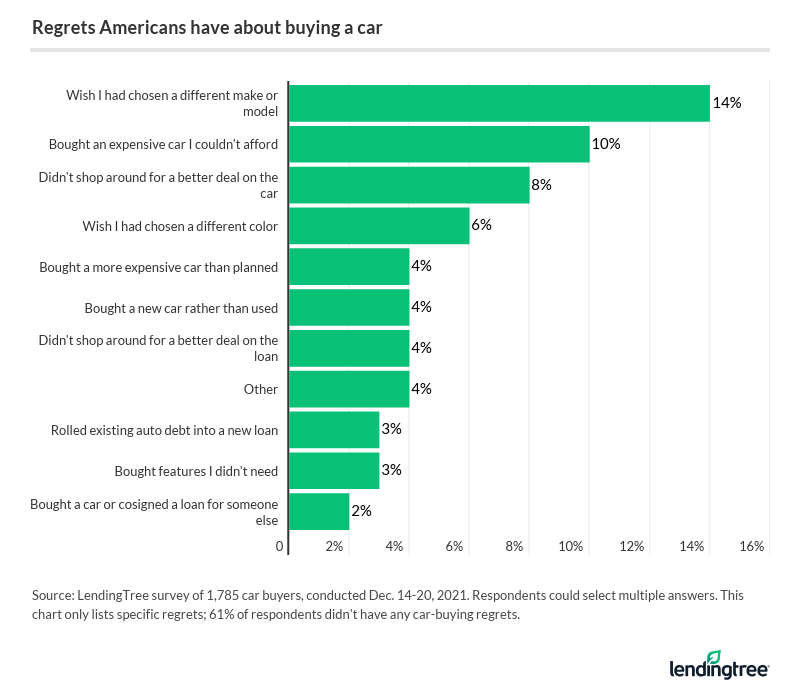 Diving deeper into the largest car-buying regret, these are the top groups that wish they’d gotten a different car:

Nearly half (47%) of Americans who purchased a vehicle in the past year had regrets, but this decreased as ownership terms lengthened, reaching a low of 24% for Americans who bought a car six or more years ago. Notably, the average car loan term is close to six years.

The least regretful of any generation, 80% of baby boomers have had no car-buying regrets, compared with only 40% of Gen Zers. Car-owning regrets and the experience of not being underwater on a car loan followed a similar pattern.

Meanwhile, younger generations tend to drive up less common regrets. For example, 7% of millennials regret not shopping around for an auto loan, versus 3% of Gen Xers (ages 41 to 55) and 2% of baby boomers (ages 56 to 75).

Biggest ownership regret is not maintaining the vehicle

More than a third (34%) of consumers who have bought a vehicle say they have regrets related to their ownership.

At the top, 11% of respondents regret not doing enough vehicle maintenance. Preventive maintenance can be a financial burden and a chore, but not doing it can mean you’ll need a new car much sooner than expected. 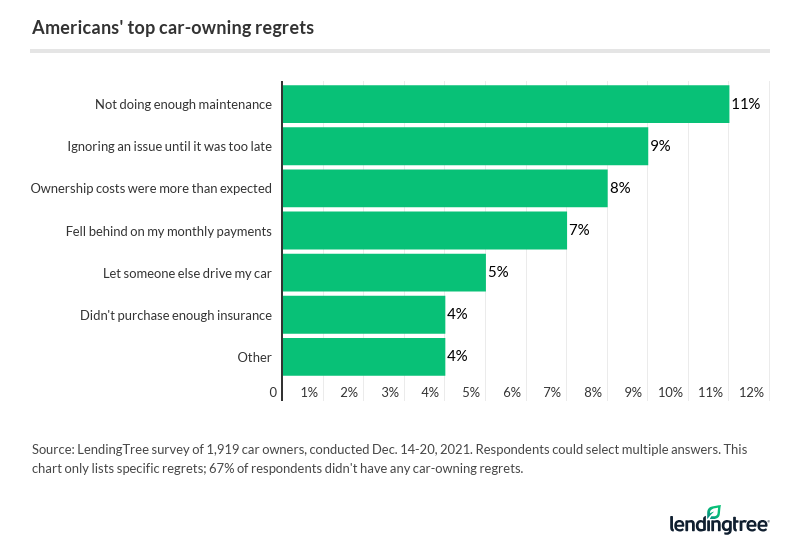 Among all car owners, 17% report current struggles paying their bills. Nearly 3 in 10 (28%) millennials report this.

Counterintuitively, the higher the income, the more people struggle. In fact, 28% of people who make $100,000 or more report difficulty paying the monthly bill, which is more than double the 12% of people who earn less than $35,000 who are also currently struggling. 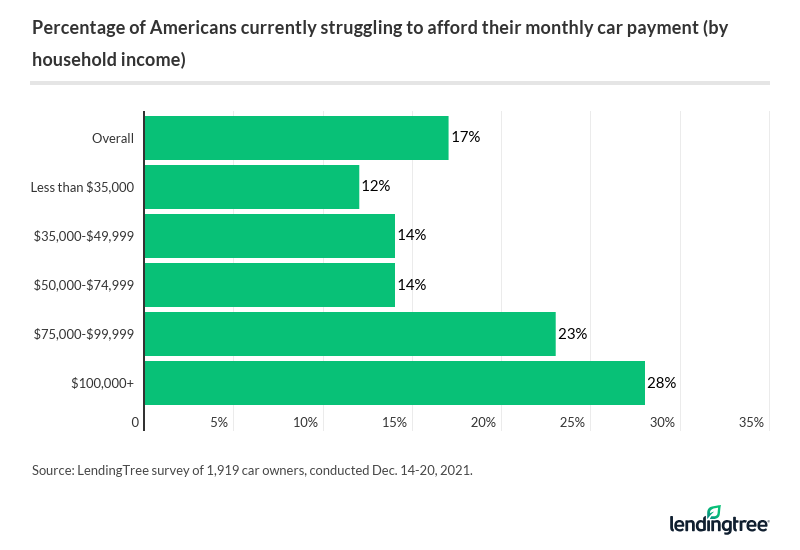 The next largest group facing this problem is people who’ve purchased a vehicle in the past year. More than a quarter (27%) of recent buyers are stressed trying to cover their car payments — notably, vehicle prices reached record highs in 2021 due to the effects of COVID-19, suppressing supply. When shopping for a vehicle, it’s smart to keep a car loan calculator available on your phone.

A third of Americans have been underwater on their cars

Across all age groups, 33% of Americans have been or are currently underwater, owing more on their car loans than what their vehicles are worth. 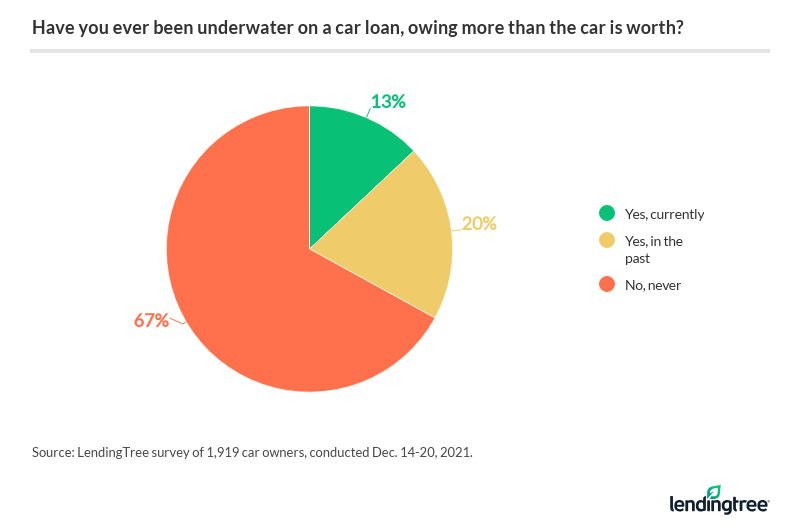 That percentage rises among Gen Zers (40%), millennials (39%) and Gen Xers (37%). This can put drivers in a pickle if their vehicles are totaled or they need to sell or refinance their cars.

When you narrow this topic, here are the largest groups of people who are currently underwater on their car loans:

What to do when you regret a car purchase

Regretting an expensive purpose is never a good feeling. Car buyers can feel anxious about whether their new vehicle was truly the best choice — the right balance of price, capability and style. Here are some options if you’re feeling regretful.

LendingTree commissioned Qualtrics to conduct an online survey of 1,919 U.S. car owners from Dec. 14-20, 2021. The survey was administered using a nonprobability-based sample, and quotas were used to ensure the sample base represented the overall population. All responses were reviewed by researchers for quality control.