To get a full picture of U.S. auto loan debt and trends, LendingTree looked at payments, originations, term lengths, delinquencies and more. Here’s our 2022 roundup of auto loan statistics.

In general, the worse your credit score, the higher your monthly car payment. But that’s not always the case. Those with credit scores of 601 to 660, in the nonprime or (fair) range, saw the highest average monthly payments for new vehicles at $677.


Source: Experian State of the Automotive Finance Market, Q4 2021
You can use the LendingTree auto loan calculator to estimate your monthly car payments.

The 11.8% hike in the average new car payment is nearly identical to the new vehicle price increase of 12.2%. The coronavirus pandemic caused factory shutdowns and supply chain shortages, dwindling the vehicle supply even as demand recovered quickly.

In January 2022, most new vehicles sold for more than their manufacturer’s suggested recommended price (MSRP) — in particular, select luxury brands commanded thousands more. The used car market is no friendlier to consumers, as used car prices rose by 40.5%.

Average auto loan amounts have steadily increased in the past decade, reaching $39,721 for new vehicles and $27,291 for used vehicles.

In these 10 years, the only dip came in the second quarter of 2020 — the first full quarter amid the pandemic. That quarter, Americans owed $1.34 trillion, down from $1.35 trillion the prior quarter.

While mortgages take the lion’s share of American consumer debt at 70.2%, auto loans account for 9.4% — just below student loan debt at 10.1%. 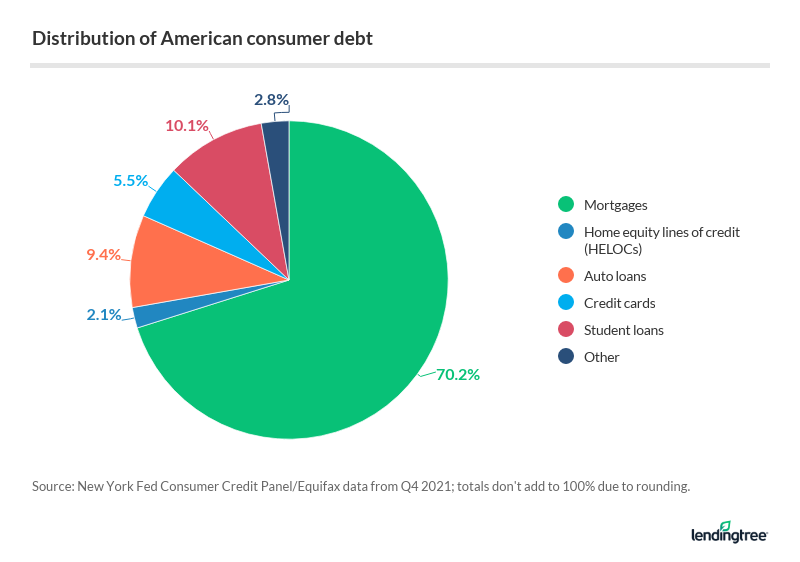 Americans borrow more than $60 billion a month in auto loans

Ten years ago, Americans took out nearly $30 billion a month in auto loans. Today, they borrow more than double that, at over $60 billion a month. Here’s a quarterly look:

Americans in their 30s, 40s take out biggest auto loans

Those in their 50s borrowed about $10 billion less ($33.2 billion), followed closely by young adults ages 18 to 29 who borrowed $29.9 billion. The oldest generations borrowed the least.

When you break it down monthly over that fourth quarter of 2021, Americans younger than 50 took out $37.9 billion in auto debt monthly. This compares to $21 billion by those 50 and older.

Meanwhile, those with the best credit scores borrow the most. In 2021, borrowers with credit scores of at least 720 took out $360.1 billion in auto loan debt. The remaining credit tiers accounted for $373.9 billion combined.

The median credit score of auto loan borrowers when they originated a loan has been above 674 since 2005.

Pre-pandemic, Americans were taking out more than 2.3 auto loans a month

The number of auto loans Americans took out in April 2019 — the latest available data — is 110% higher than at its lowest point in the Great Recession in 2008. This will be an interesting trend to track further as pandemic-era data becomes available.

The average auto loan term for new vehicles is 69.7 months, or nearly six years. Used car loans, despite being significantly smaller on average, are close behind at 67.4 months.

The average new car lease term is 36.8 months, or about three years. 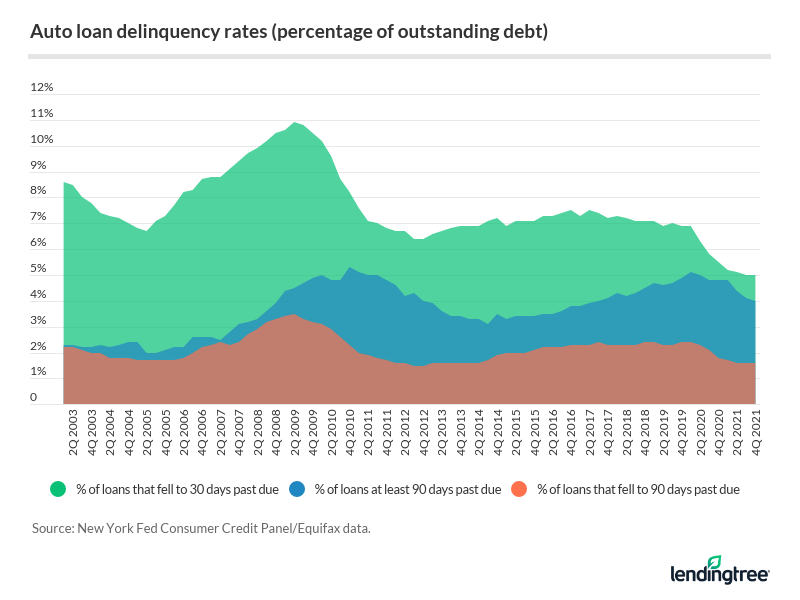 Buyers turn to banks the most for auto financing

Although captive lenders eclipsed banks for a short time in 2020, banks top the auto finance market share across the board, backing 31.8% of total retail auto financing. Captive lenders follow at 26.6%, while credit unions are a more distant competitor at 20.9% market share. 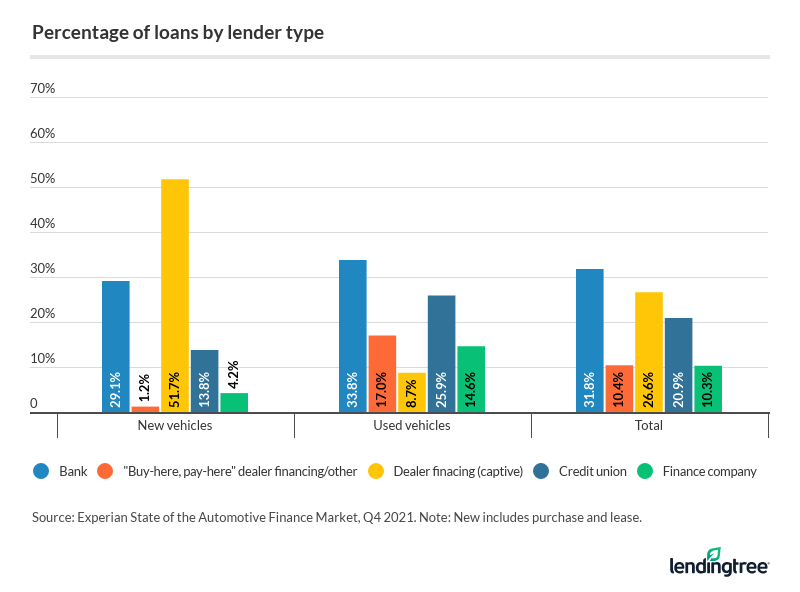 Buying a Car Out of State: A How-To Guide

Interested in buying a car out of state and driving it home? This guide provides the information needed to purchase your next vehicle out of state.

READ MORE
Can I Get a Car Loan after Bankruptcy?

Getting a car loan after bankruptcy is definitely doable if you wait a little while. Use our tips and tricks to rebuild your credit and get a loan faster.

READ MORE
How Much Money Should You Put Down on a Car?

There’s no set percentage for how much you should put down on a car, though in the past, the required down payment on a car was 20%.