In 2018, U.S. auto loan originations hit a 19-year high — $584 billion. Rising car prices, interest rates and loan term lengths translate to Americans tossing a large chunk of income toward more than $1.14 trillion in auto debt. A new LendingTree study shows that those between the ages of 39 and 54 shoulder the biggest load among its users — nearly 60% of Gen Xers have an auto loan. Here’s what else we found:

It’s important to note that auto debt can be a particularly insidious type of debt as vehicles, unlike houses, typically lose, not hold or grow, their value. The average monthly payment on a new vehicle is $530 and used vehicle loan payments average $381. You can find more auto loan statistics at LendingTree.

Among those statistics, Gen Xers stand out because they’re more likely to hold auto debt than other, larger generations. It should be noted while Gen X users on LendingTree hold more auto debt than other generations, those numbers may not translate to a higher number of loans held by each generation of the U.S. population as a whole. Nationwide, there are 55 million Gen Xers compared with 62 million millennials and 76 million boomers — though those numbers change with death rates and immigration trends. 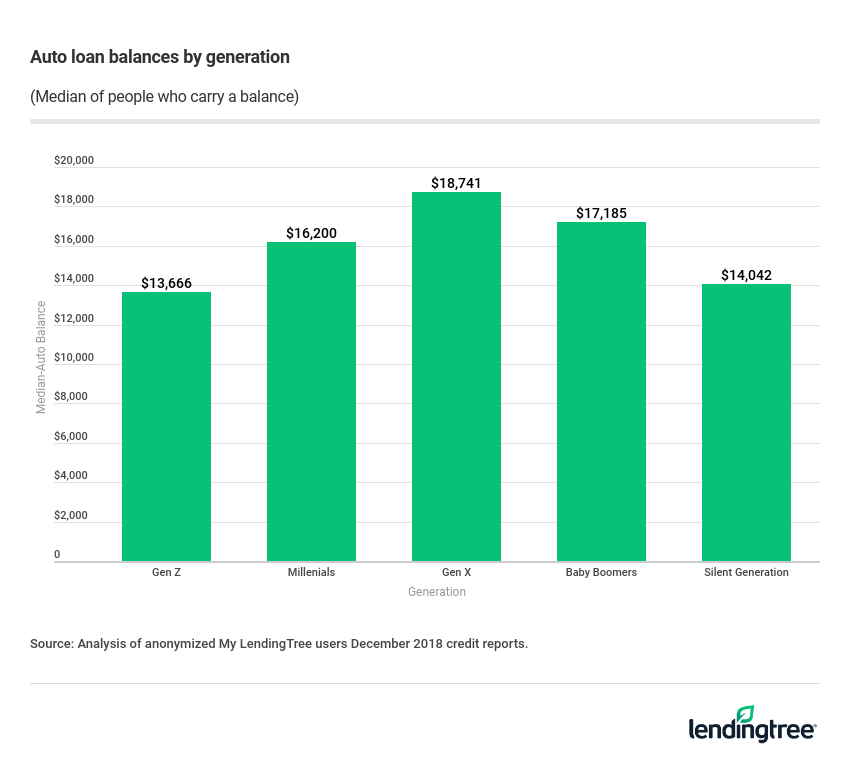 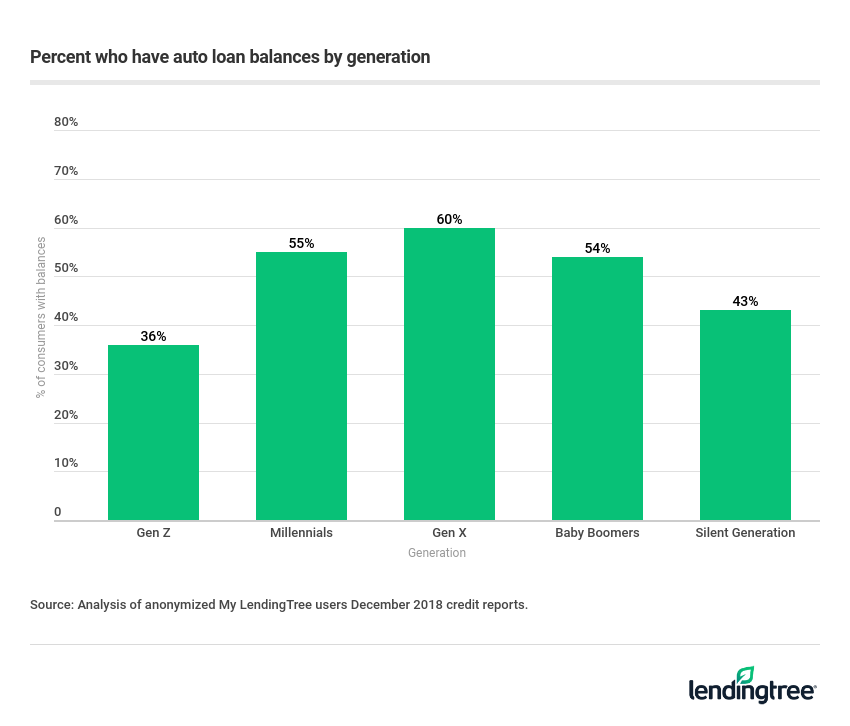 Gen X has more auto loan debt than any other generation. Nearly 60% of Gen X has an auto loan. This jives with the fact that they log the greatest number of miles, according to data from the Federal Highway Administration. Millennials are right behind Gen X; 54.5% of them have an auto loan. Baby boomers are not far behind at about 54%. 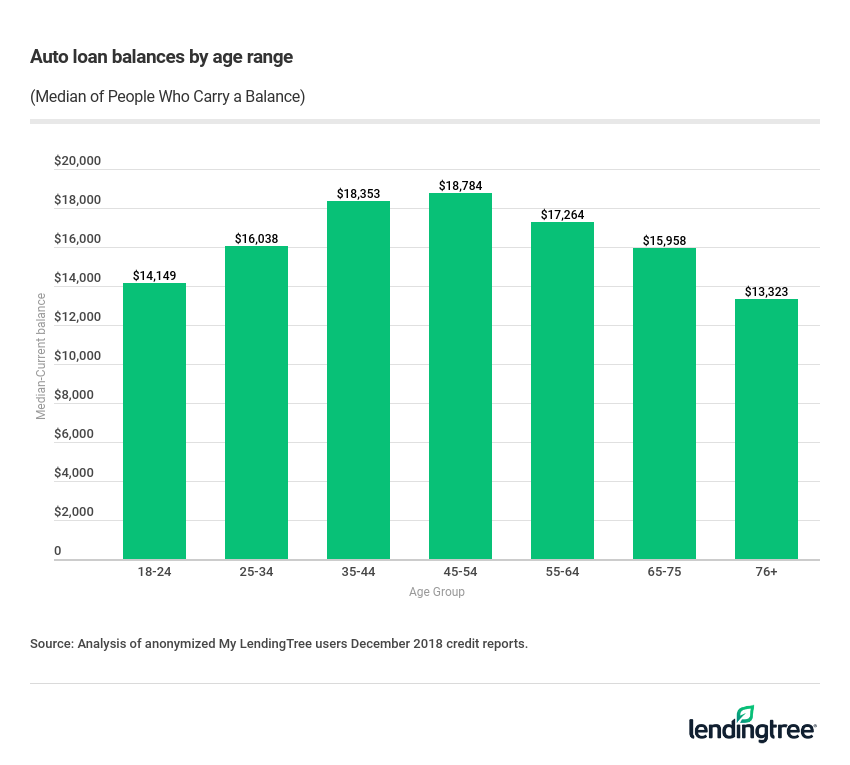 Older Gen Xers bear the highest auto debt burden among their generation. Americans 45 to 54 have the highest median auto debt balance, $18,784. It’s $431 more than that of the younger half of that generation, which has a median balance of $18,353.

All of that auto debt takes a toll. Carrying a high auto loan for a long period racks up interest. Here are a few auto debt statistics for Americans of all ages:

When we looked at LendingTree users, we found that the average interest rate at the end of 2018 was 7.09%. If John Q takes out a $30,000 loan at that rate, he’ll pay about $6,600 in interest, bringing the total cost of his new car to about $36,000, potentially excluding a down payment, taxes and fees — and this assumes he makes all loan payments on time and in full.

To pay less in interest on your auto loan, consider paying down your debt faster by putting more money toward the principal of the car loan when you can. Generally, the sooner you pay off more of the principal, the better off you’ll be. Refinancing could also be an option.

To minimize future debt, know what you’re getting into by using an auto loan calculator to clearly break down monthly payments and totals. And shop around for your auto loan, don’t simply accept what the car dealer offers. You could fill out an online form at LendingTree and receive up to five potential auto loan offers from lenders at once, from which you could compare and choose.

Using an anonymized sample of more than 1.5 million LendingTree users’ credit reports from December 2018, researchers calculated the percentage of people in each generation who had auto loan debt, and the median debt balances of those who carried a balance.

LendingTree offers a free credit monitoring service available to the general public, regardless of their debt and credit histories, or whether they’ve pursued loans on a LendingTree platform. LendingTree has more than nine million users.

Buying a Car Out of State: A How-To Guide

Interested in buying a car out of state and driving it home? This guide provides the information needed to purchase your next vehicle out of state.

READ MORE
Can I Get a Car Loan after Bankruptcy?

Getting a car loan after bankruptcy is definitely doable if you wait a little while. Use our tips and tricks to rebuild your credit and get a loan faster.

Considering a 0% APR car deal? Make sure to look at the fine print first. Here’s what you need to know.