June is the month when cash tumbles into the U.S. Treasury’s coffers from quarterly tax payments, and most years it offsets government expenditures for the month. But this year, income tax receipts couldn’t offset an increasingly widening deficit. The Treasury Department reported that the deficit this year increased to $607 billion through June. This time last year, the deficit was $523 billion, and in 2016 it was $397 billion. Currently, the federal government is expected to close the 2018 fiscal year in October with a deficit of over $800 billion. 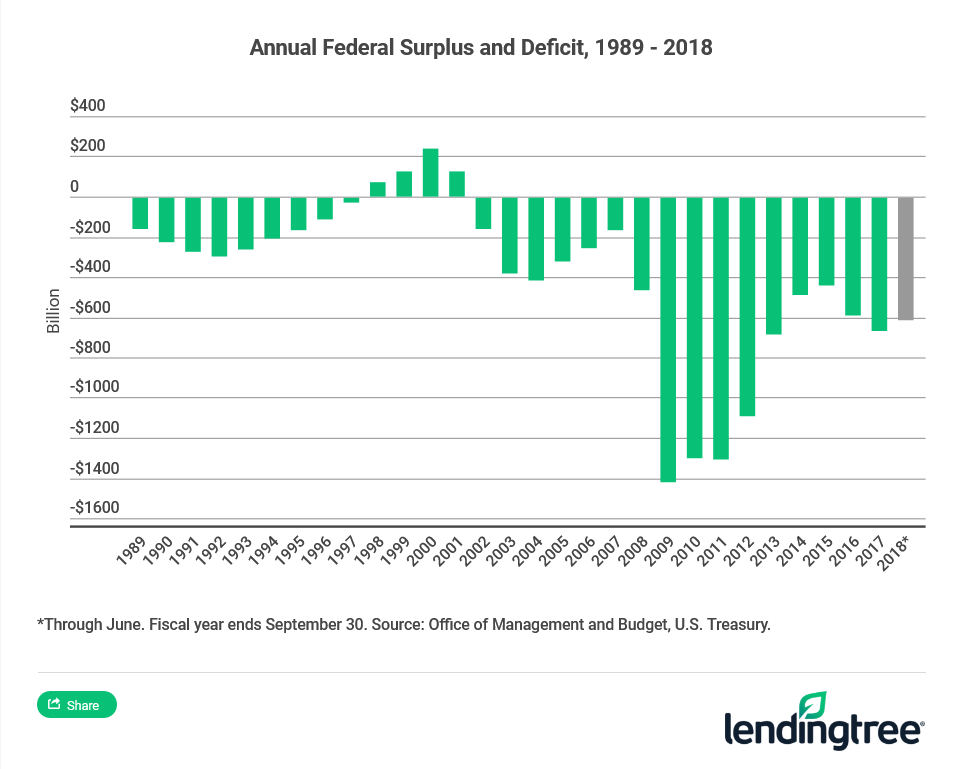 The tie-in between the federal government’s pocketbook and our personal budget is indirect, but there is some relationship. When deficits increase, so can interest rates. An often-cited study found that for every percentage point increase in the deficit-to-GDP ratio, we can expect interest rates (as measured by the 10-year Treasury bond) to increase 0.25 percentage points. 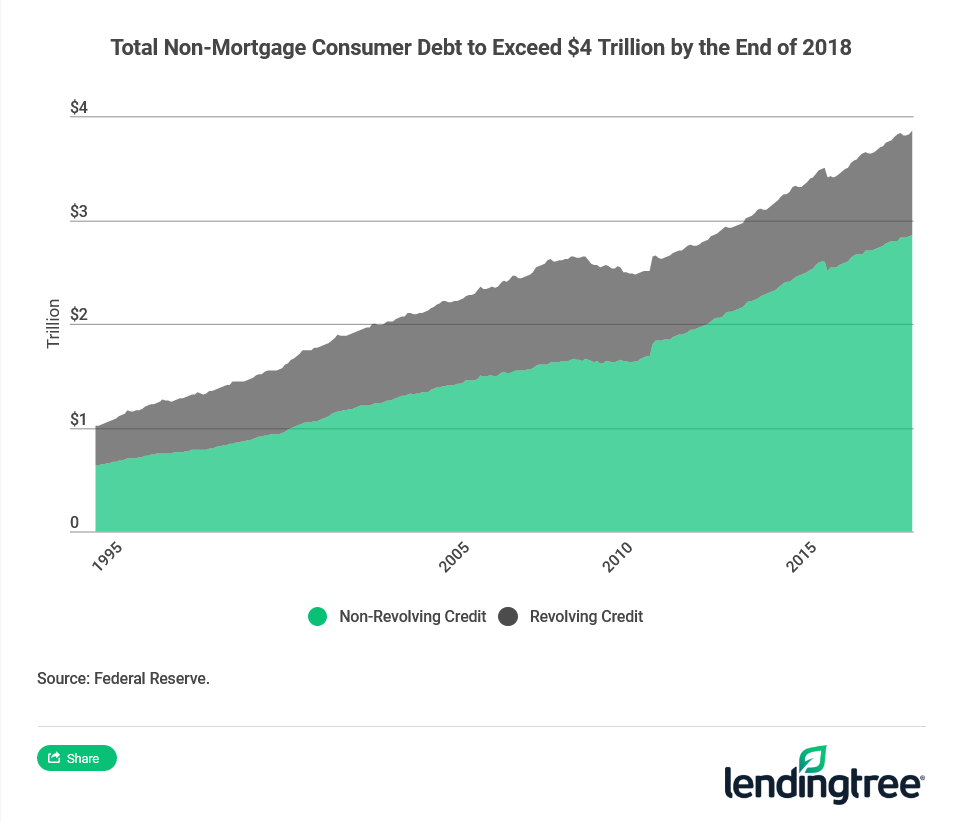 That alone would mean about an increase in 30-year fixed mortgage rates (a rate closely related to 10-year Treasury rates) by 0.4 percentage points. Of course, there are other, more direct and immediate effects on borrowing rates, such as Federal Reserve monetary policy — the Fed is expected to ratchet up interest rates in the coming months.

Auto loans back above 5%

The average rate to finance a new car is now above 5% for the first time since February 2012, according to Federal Reserve data, based on a 48-month loan. 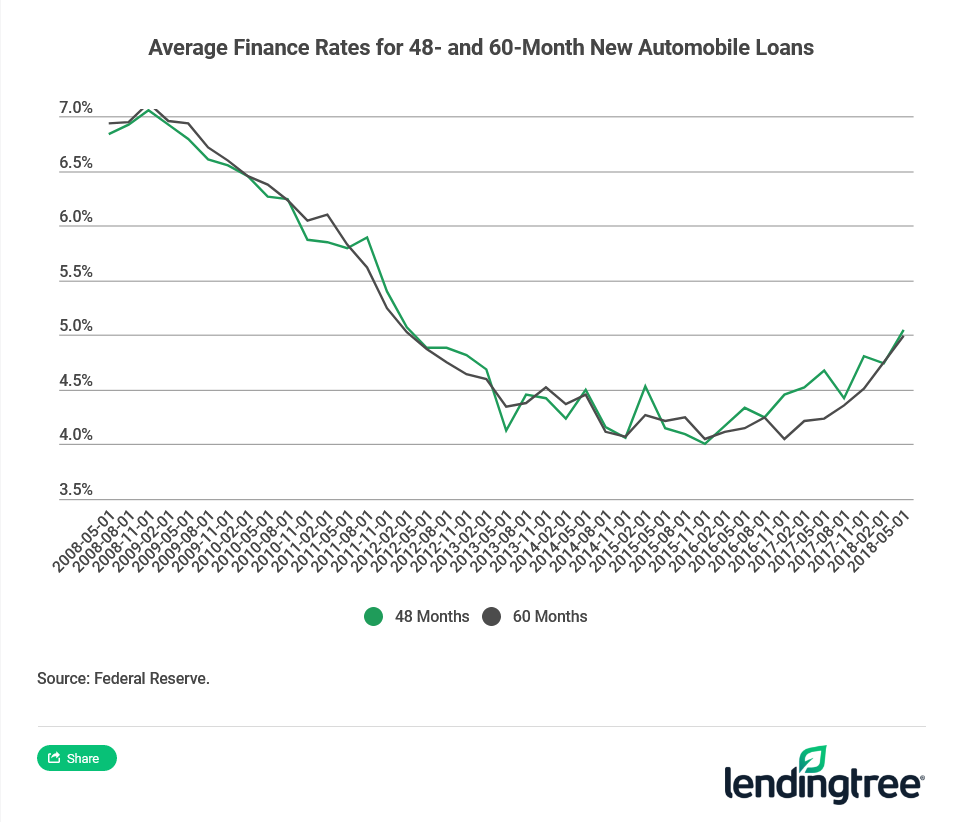 Finally, the amount owed on all motor vehicles — both new and used — has increased by nearly 50% since 2012. Collectively, more than $1.1 trillion is owed on some sort of automobile financing.

Consumer income is keeping up (for now)

Despite the heavier lifts, Americans are, at least in the short run, keeping up. Delinquency rates on home loans are at 10-year lows, according to Federal Reserve data, and credit card charge-off and delinquency rates remain modest.