Economic disparities are still a pain point in many communities across the United States, especially in terms of homeownership.

To better illustrate what some of those disparities might be, LendingTree, the nation’s leading online loan marketplace, has taken a look at how race impacts homeownership rates in the nation’s 50 largest metros.

This study focuses on homeownership trends among black Americans. While it varies from metro to metro, our analysis found that black Americans tend to own a disproportionately low number of homes relative to their overall population.

In each of the nation’s 50 largest metros, black Americans own a disproportionately small percentage of homes.

Americans who identify as black make up an average 15% of the population in each of the metropolitan areas featured in our study, but they only own an average of about 10% of owner-occupied homes.

Black Americans own the smallest percentage of homes relative to their overall population in Memphis, Tenn.

Although they make up nearly half (47%) of the total population and are the largest racial group in Memphis, black Americans only own about 35% of the owner-occupied homes in the metro area.

Homeowners who identify as black own the largest percentage of homes relative to their total population in San Jose, Calif.

Black Americans account for only 2.33% of San Jose’s overall population. The percentage of homes owned by black homeowners is nearly 1.5%, which is still a disproportionately small percentage.

Black Americans have the lowest incomes of any racial group in the nation’s 50 largest metro areas.

Across the metropolitan areas featured in our study, the average median household income for black Americans is $41,571. This is more than $30,000 below the average median household income for white Americans. It’s also nearly $6,000 less than the incomes of Americans who identify as Native American or Alaskan Native. Because lenders evaluate a potential borrower’s income, this can pose challenges when it comes time to qualify for a mortgage.

5 metros where black homeownership is lowest relative to overall population

Below we shed light on the five metropolitan areas of the 50 we studied that have the lowest percentage of homes owned by black Americans relative to their total population.

Our analysis shows that overall, there’s a disparity in percentages between the population of black Americans and the share of black owner-occupied homes in the 50 largest metros. There may be several ways to increase homeownership among underserved communities; one of them is by raising awareness about the available homebuying programs on both a national and local level.

The U.S. Department of Housing and Urban Development offers an online resource for consumers who are interested in learning more about homeownership options in their state. See HUD’s local homebuying programs directory for more information.

There are also government-backed and private entities with homebuying programs that cater to low-income buyers.

Certain types of conventional loans — mortgages that are eligible for purchase by government-sponsored enterprises Fannie Mae or Freddie Mac — are reserved for low- to moderate-income borrowers who are either first-time or repeat homebuyers.

Fannie Mae’s HomeReady mortgage program requires a 3% down payment and a minimum 620 credit score. Private mortgage insurance is required, but it is cancellable once you reach 20% equity in your home.

Freddie Mac’s Home Possible program also requires 3% down and private mortgage insurance that can be canceled once you reach 20% equity. But unlike Fannie Mae’s HomeReady program, you might be able to qualify for the program without a usable credit score, but you’d need to contribute at least a 5% down payment.

The Federal Housing Administration, which is overseen by HUD, insures FHA loans provided by approved mortgage lenders. FHA loans give consumers the opportunity to buy a home at a lower barrier of entry, including homebuyers with bad credit.

In most cases, you’ll need a minimum 580 credit score and 3.5% down payment. You may qualify with a credit score as low as 500, but your required down payment jumps would jump to a 10% minimum. There’s also a mortgage insurance premium requirement that sticks around for the life of the loan unless you put down at least 10%.

Additional homebuying programs include USDA loans, which are backed by the U.S. Department of Agriculture’s Rural Housing Service. USDA loans are meant to assist borrowers looking to buy a home in a designated rural area. Depending on the loan type, there may be no required down payment.

Read our guide on homebuying programs for a rundown of other available options.

The further the difference is from zero, the more disproportionate the number of black owner-occupied homes is in that metro area.

We based our analysis on homeownership, income and population data from the U.S. Census Bureau’s 2017 American Community Survey.

Please note that the data in the study are estimated, so the margin of error is +/-5%. 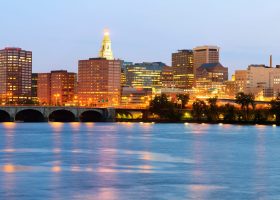 New homebuyers in Connecticut can take advantage of a variety of state assistance options, including programs from the Connecticut Housing Finance Authority (CHFA) and the Housing Development Fund (HDF), which…

END_OF_DOCUMENT_TOKEN_TO_BE_REPLACED 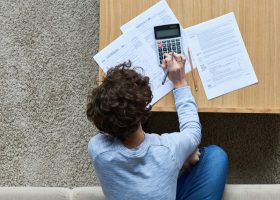 What is Mortgage Forbearance?

END_OF_DOCUMENT_TOKEN_TO_BE_REPLACED 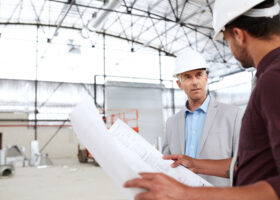 How to Become a Real Estate Developer

END_OF_DOCUMENT_TOKEN_TO_BE_REPLACED 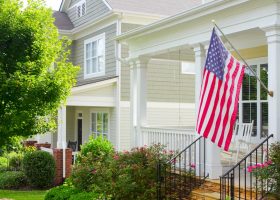 What are Hard Money Loans and How Do They Work?

Hard money loans provide cold, hard cash quickly – typically in just a few days. These loans are secured by a physical asset (like real estate) that the lender can…

END_OF_DOCUMENT_TOKEN_TO_BE_REPLACED 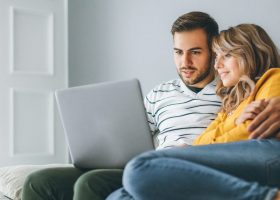 How to Apply for a Home Loan in 6 Steps

If you don’t know how to apply for a home loan, something as simple as forgetting to list a bank account or old address could lead to snafus later. Although…

END_OF_DOCUMENT_TOKEN_TO_BE_REPLACED

When someone offers to help you make a down payment on a house, your lender will require a gift letter for a mortgage. Here’s what it includes.