48% of Renters Worry They’ll Never Be Able to Buy; Down Payments Biggest Barrier

While owning a home has always been a major dream of American consumers, rising home prices have made homeownership even harder to attain — but perhaps more attractive.

Though most consumers (88%) would rather own their home than rent, nearly half of those who currently rent fear they’ll never own a home.

LendingTree researchers surveyed 2,050 consumers to gauge their feelings on homeownership and find what’s stopping them from buying.

The insanely hot housing market — driven in part by the pandemic and historically low mortgage rates — may have made owning a home even more desirable. Still, homeownership has long been a hallmark of success and financial security in the U.S., so it should be no surprise that 88% of consumers would rather own a home than rent. 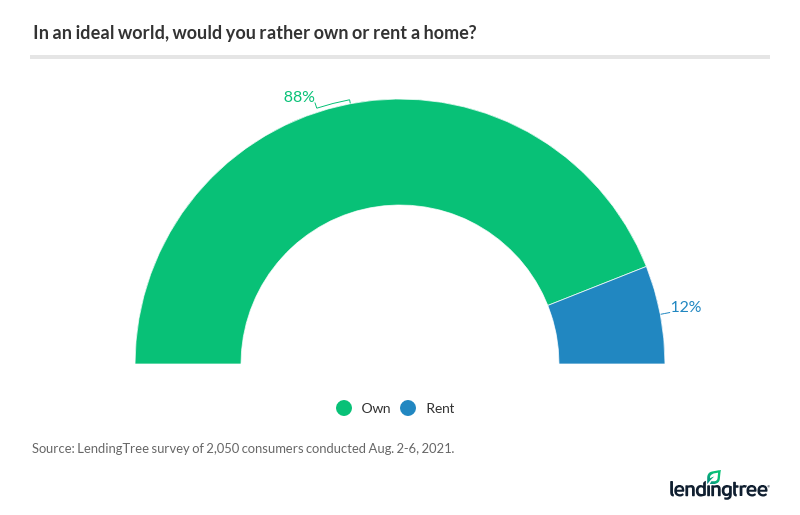 Homeownership does come with plenty of benefits, both personal and financial. Homeowners have the comfort of shelter and the ability to add home equity to their net worth. Renters are likely well-versed in these benefits, as 76% of those who currently rent would prefer to own.

Homeowners can also customize their home to their liking, instead of renters who have to abide by a landlord’s rules. This is a major selling point, as flexibility to do what they want with the space is the most popular reason for wanting to own a home (at 63%). 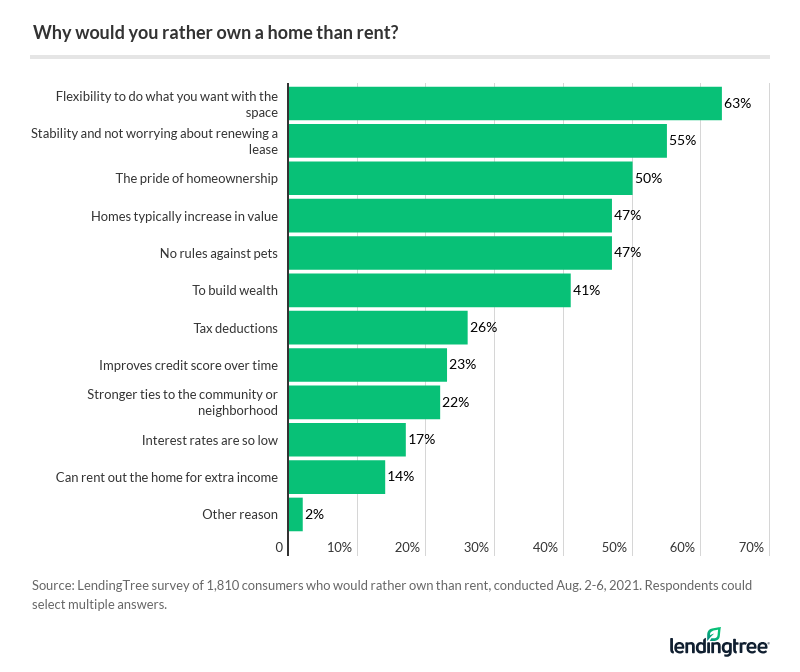 Still, a small 12% share of consumers would prefer to rent their homes — though only 2% of those who currently own. The ability to call a landlord when maintenance issues arise appears to be a driving factor, ranking highest with folks who have a renting preference (48%). This amenity is especially enticing to folks who currently own their homes — at 63%, having someone else to take care of repairs was the most popular reason to rent among current homeowners.

Contrary to consumers who want the stability of owning, many rent-preferring respondents (38%) enjoy the flexibility to move to different places. Those who currently own are less concerned with committing to a location, but the property taxes make 54% of homeowners wish they rented. 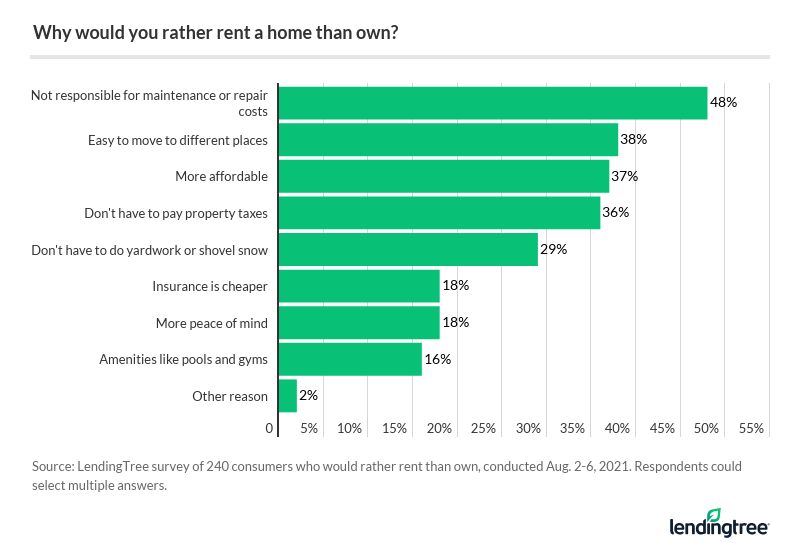 Homeownership hurdles: Costly down payments prevent some from buying

A renter might need three month’s worth of rent to move into a space, on top of broker’s fees, application fees and moving costs, which can add up to a large sum of money. Still, that amount will likely be far less than a typical 20% down payment on a home, which 54% of non-owning consumers say is the primary barrier to them buying a home. The figure jumps to 68% of folks who make less than $35,000 a year.

Home prices have also become prohibitively high in many areas, which can explain why at 36%, it was non-homeowners’ most common impediment on their path to ownership — a similar share was reported by consumers in each income bracket.

Another 32% of folks might be able to afford a home, but their credit score may make qualifying for a mortgage more difficult. 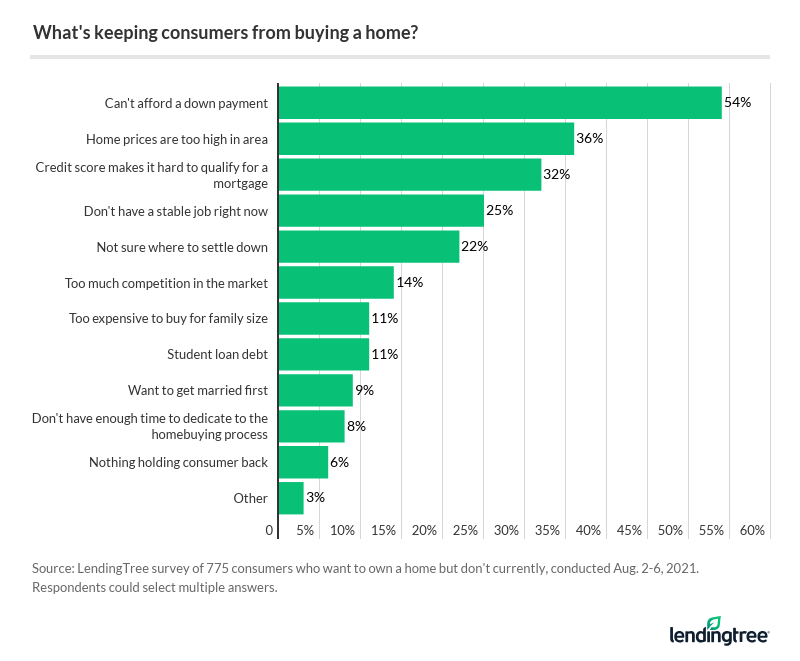 As the country grapples with a shortage of homes available to meet demand, many who don’t own homes fear they never will. In total, 48% of renters say they worry they’ll never be able to own a home. The largest share of any generation is 55%, among Gen Xers (ages 41 to 55) who don’t currently own. More than half (52%) of millennials ages 25 to 40 share the same fear.

The market will likely cool down after some time, making it a little easier for folks to buy homes. LendingTree senior economic analyst Jacob Channel encourages consumers to use renting to their advantage while saving for a home they can afford.

Though most people would rather own, renting isn’t without its benefits, he says. “It’s a good option for people who don’t earn a lot of income or who are trying to save money,” Channel says, since renting is typically cheaper — at least in the short term.

Saving up for a home may not be easy and will probably take a while. Still, consumers can consider these tips to accelerate their savings:

There are many pathways to homeownership, but nearly all of them require patience.

LendingTree commissioned Qualtrics to conduct an online survey of 2,050 U.S. consumers from Aug. 2 to 6, 2021. The survey was administered using a nonprobability-based sample, and quotas were used to ensure the sample base represented the overall population. All responses were reviewed by researchers for quality control.

LendingTree defined generations as the following ages in 2021: