The town and country lifestyle is often depicted as simple, idyllic and inexpensive when compared with big-city living, especially when it comes to housing costs. But is this stereotype accurate?

To take a look at how costly buying a house in a small town can get, LendingTree analyzed the 50 towns in the United States with populations under 50,000 that had the most expensive median-home values. LendingTree then ranked the towns based on where home values were the highest and also compared home values in these towns to home values in the nation’s 50 largest cities. The goal: To determine whether towns are actually less expensive than cities.

Ultimately, LendingTree found that many towns across the country are chock full of expensive real estate, with prices that rival those common in big cities. These findings suggest that small-town living may not be as affordable as once thought. The real estate mantra, “location, location, location,” holds true even for small towns, but some of them can be pricey. 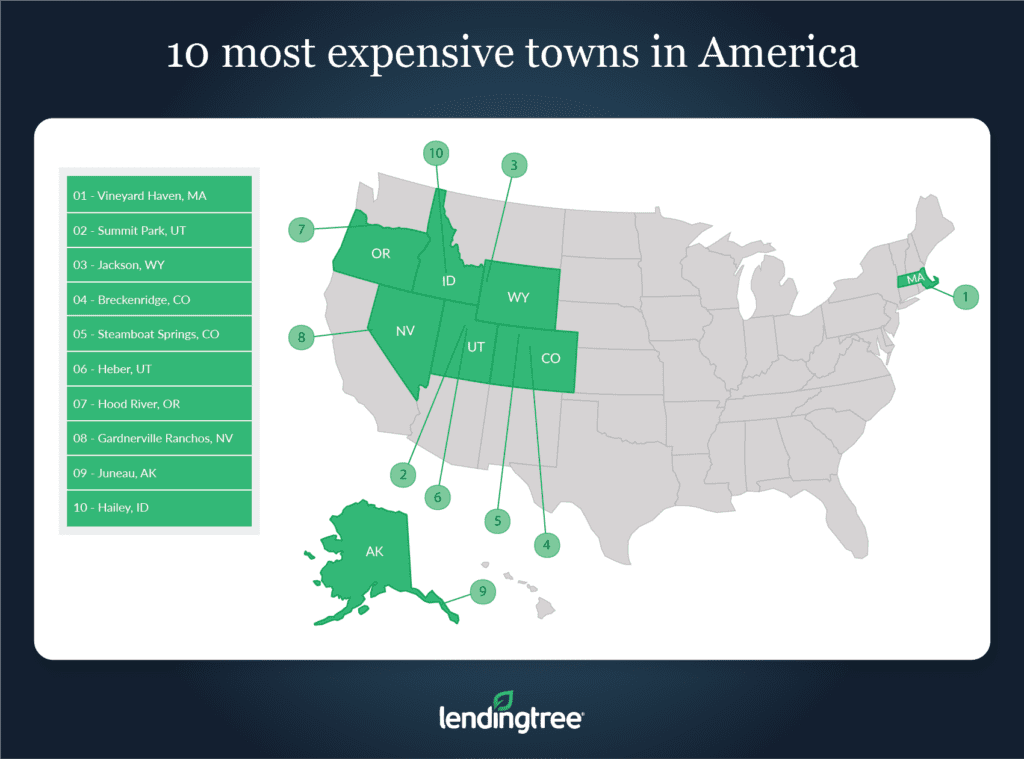 Small towns can be just as expensive as cities, presenting challenges to buyers

Though it may seem counterintuitive for a small town to be more expensive than a big city, LendingTree’s study highlights just how often that’s true. Unfortunately, while home prices in towns are frequently just as costly as they are in cities, incomes in small towns are usually lower.

For those struggling to afford a home, there are many loan programs that can help make homeownership a more achievable goal, especially for buyers with lower incomes. For example, loans backed by the U.S. Department of Agriculture (USDA) can help buyers living in USDA-eligible rural areas avoid making a down payment on a home and get a low mortgage rate. Loans insured by the Federal Housing Administration (FHA) are another option for potential buyers who have little cash saved for a down payment or those who have less-than-stellar credit.

In its latest study, LendingTree found that many small towns across the U.S. are expensive, with prices that rival those in the nation’s 50 largest cities.