LendingTree Survey: More Than 1 in 4 Moms Have Homebuyer’s Remorse

We’re in the midst of the spring homebuying season, and many families might be ready to clean house and upgrade, according to a new LendingTree survey.

More than 6 in 10 (64%) homeowners with kids are contemplating a home sale to buy their dream home. Additionally, moms are twice as likely as dads to regret buying their current home.
Below, we dive into the relationship between parents and how they feel about the homes they lead.

Many moms want a residential redo

LendingTree’s survey found that around 1 in 4 (27%) moms would’ve bought a different home if they knew at the time of purchase what they know now. That’s about double the number of dads who share that sentiment — 14%. 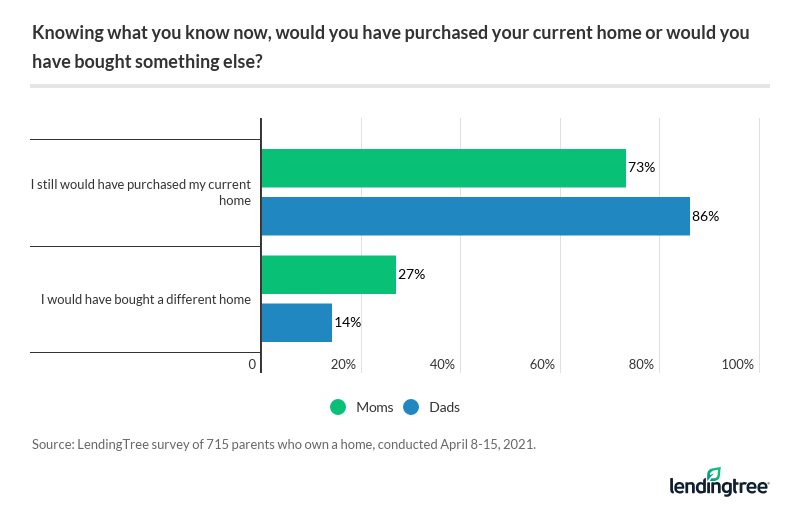 When asked about the one thing moms and dads would change about their home if they could, the top five answers the homeowners gave were:

Moms and dads agree on wanting a bigger kitchen the most, but have differences over what comes second on their wish list. Moms would prefer to change the overall layout (13% versus 7%), while dads desire more outdoor space (16% versus 10%).

A majority of homeowners with kids are considering a home sale

Many homeowners with children 18 and under are thinking about relocating. Today’s housing market is prompting nearly two-thirds (64%) of parents to consider selling their home to find their dream home.

Perhaps parents’ level of frustration determines how motivated they are to move. More than 1 in 5 (22%) moms and dads feel frustrated about their home almost daily. Another 17% report feeling frustrated about it once a week. 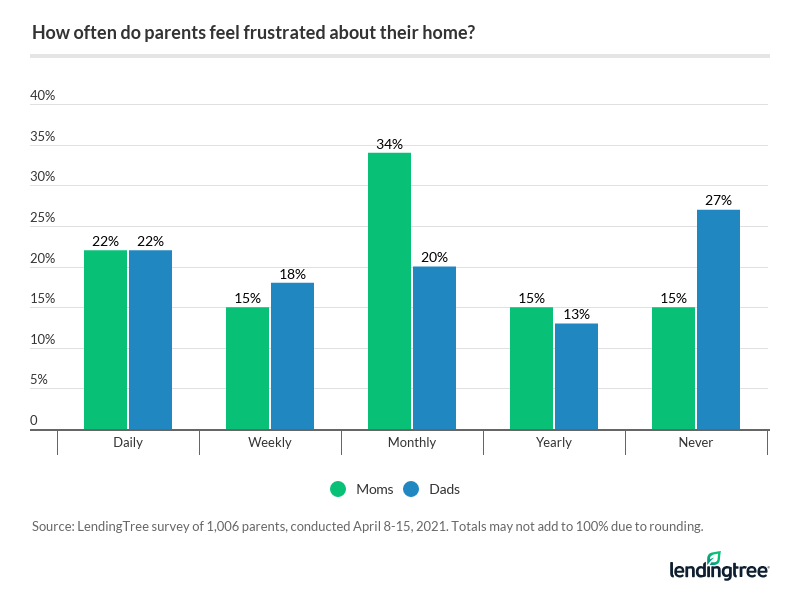 Property pain points cause added stress for many homeowners

Nearly two-thirds (64%) of survey respondents say they would experience a less stressful life if they could remove the pain points their home causes. When broken down by parents, 72% of dads and 54% of moms feel this way.

Some professional help could alleviate pain points for some homeowners. More than 4 in 10 (42%) say they’ve considered and used a design service or expert organizer for their home. Another 1 in 4 (25%) mulled over hiring a design or organization expert, but haven’t yet taken any action. 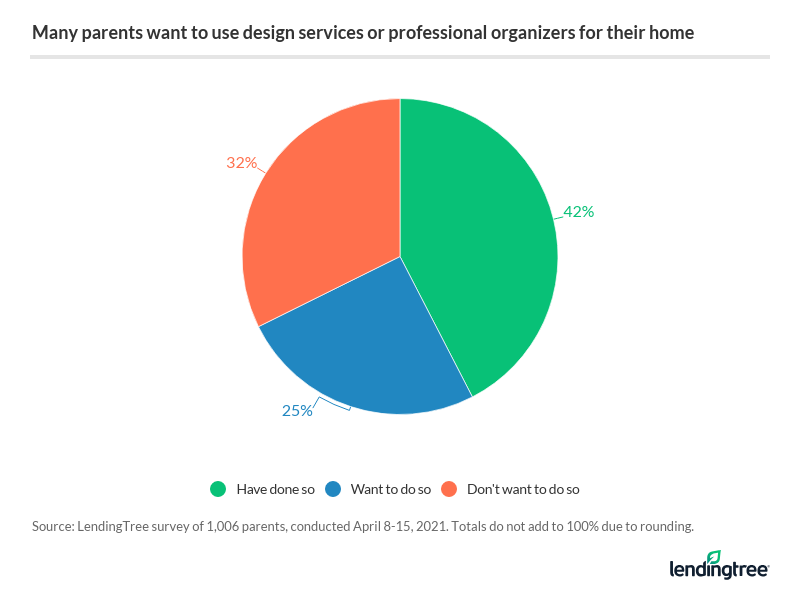 Regardless of whether they’ve enlisted outside help, more than a third (34%) of parents seek out inspiration for home design and other features on a daily basis.

Parents are spending more than normal on home decor

Our survey found that 51% of homeowners with kids ages 18 and under spent more than they normally would on home decor over the last year. Another 24% say they spent about the same amount they would have before the ongoing coronavirus pandemic developed.

More than a third (35%) of parents spent at least $1,000 on home decor over the last year. Additionally, two-thirds (66%) of parents admit that they’ve bought items for their home and hid the true sticker price from their partner at least once, with dads more likely than moms to do so (79% versus 50%, respectively). 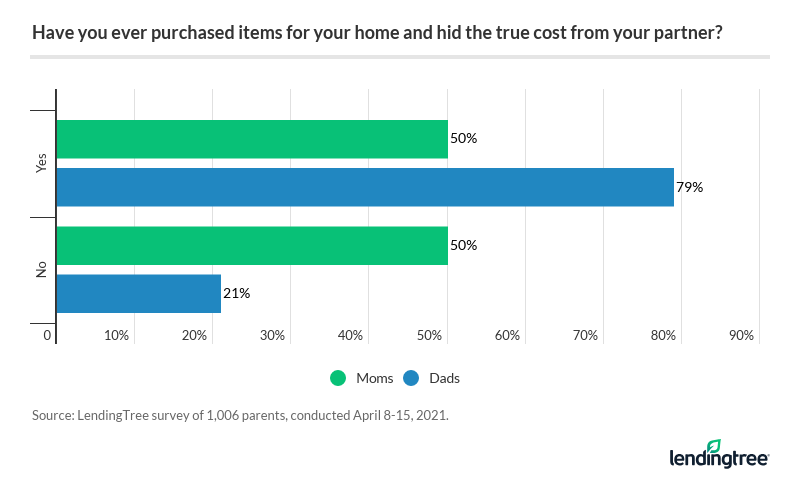 Dads are also more heavily influenced by social media when it comes to home spending. Our survey found that 90% of dads have purchased an item for their home that they saw on social media, compared with 73% of moms.

For this survey, LendingTree commissioned Qualtrics, an experience management firm, to field an online survey of 1,006 parents with kids aged 18 and younger. The survey was conducted April 8-15, 2021, and administered using a non-probability-based sample. Researchers reviewed all responses for quality control and used quotas to ensure the sample base represented the overall population.

We defined generations using the following ages in 2021:

The survey also included responses from consumers in the silent generation (ages 76 and older), but findings related to that group were excluded from the generational breakdowns.

LendingTree Survey: More Than 1 in 4 Moms Have Homebuyer’s Remorse

A new LendingTree survey found that 27% of moms would’ve bought a different home if they knew at the time of their purchase what they know now.