LendingTree Finds the Metros Where Homeowners Most Recently Moved

The moving process can be difficult, expensive and time-consuming, so many homeowners choose to live in the same place long term. But with the housing market as hot as it has been over the last few years, a large number of homeowners have recently moved.

To determine where homeowners most recently moved into their homes, LendingTree analyzed Census data to find the share of homeowners, in the nation’s 50-largest metropolitan areas, who relocated in 2017 or later.

LendingTree also examined the relationship between how long homeowners have lived in their homes and local home price growth. 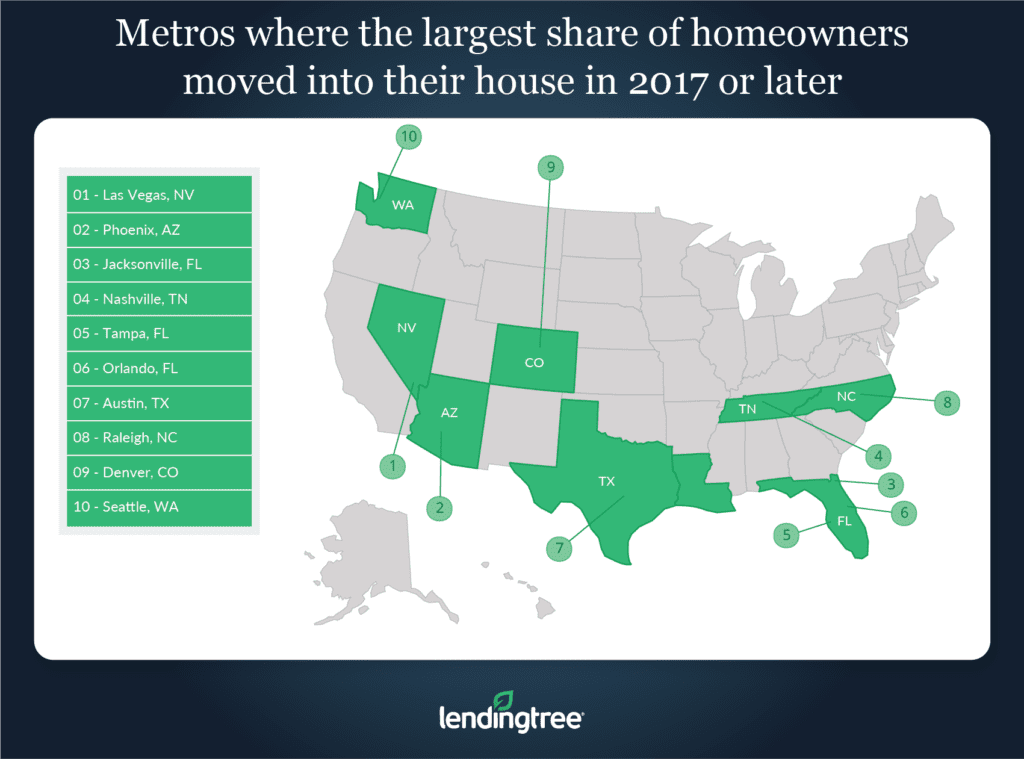 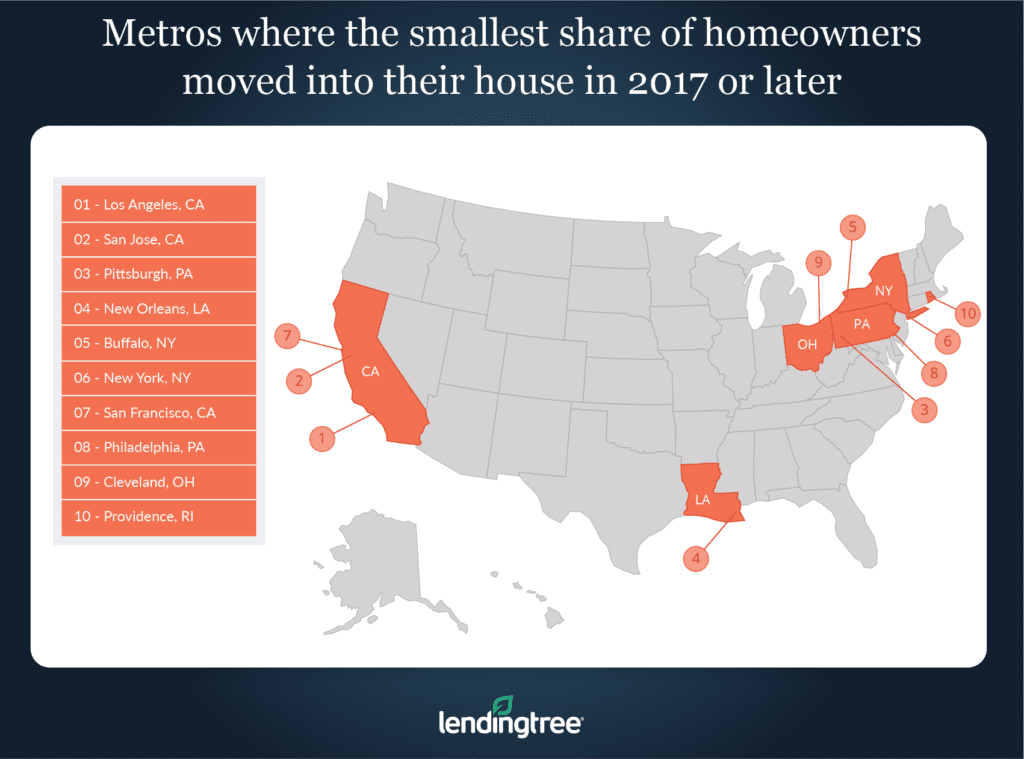 Though there has been some concern that the COVID-19 pandemic will result in a mass exodus of homeowners away from major metropolitan areas, LendingTree research suggests this hasn’t been the case.

Housing markets in most major metros have boomed over the last year, suggesting that not only do people want to keep living in big cities, but they’re also willing to pay top dollar to do so. As a result, in the wake of the pandemic, an even larger share of homeowners will likely have lived in their current homes for less than two years.

For new homebuyers, this trend will probably mean they’ll have to deal with higher home prices when buying a house. And as a result, they’ll likely benefit even more from having a strong credit score and large down payment.
The upward price trends — influenced by large numbers of recent movers — could result in higher real estate taxes for current homeowners. On the positive side, it could also make building home equity easier.

The data used in this study comes from the U.S. Census Bureau’s 2019 American Community Survey with one-year estimates (the latest survey available at the time of publication.)

Check out these tips for selling your home. They may help you get top dollar for your home and avoid common home selling mistakes.

READ MORE
How to Downsize Your Home: 13 Tips to Declutter and Get Moving (to Your New Home)

Downsizing a home might mean reducing clutter or it could mean moving into a smaller home. Either way, these tips will help you get started.

READ MORE
How Much Does It Cost to Sell a House?

Interested in selling your house? Find out how much it costs to sell a house so you’re prepared when the time comes and there are no surprises.