The town-and-country lifestyle is often depicted as simple, idyllic and inexpensive compared to big-city living — especially when it comes to housing costs. But is this accurate?

To take a look at how costly buying a house in a town can get, LendingTree used U.S. Census Bureau data to find the 50 U.S. towns with populations between 10,000 and 50,000 that had the most expensive median home values.

Researchers found that many towns across the country are chock-full of expensive real estate, with prices that rival — and, in some cases, exceed — those found in major metropolitan areas.

Towns where home prices are the highest 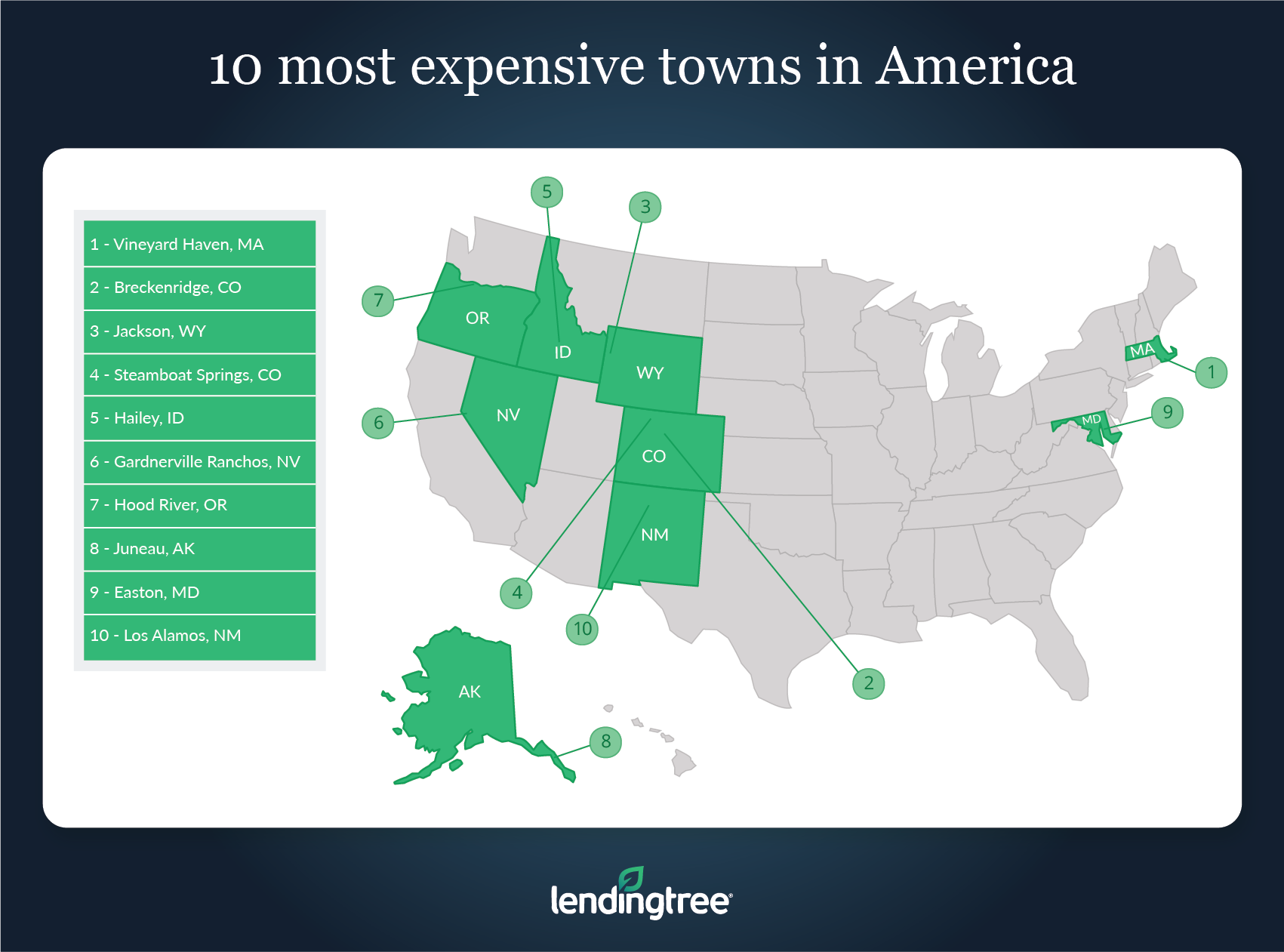 Why are homes in some towns so expensive?

As LendingTree’s study shows, there are many towns where home prices are as expensive, if not more costly, than home prices in the country’s largest metropolitan areas. And while this may seem counterintuitive at first glance, there are various reasons why this is the case.

Generally speaking, the nation’s most expensive towns tend to be popular vacation spots for affluent individuals who often don’t make their money locally and who can afford to spend significant sums of money on homes. These types of buyers drive up home prices and make housing difficult to afford for locals who are not high income earners.

Even in areas that aren’t prominent vacation spots, home prices can still be expensive due to a lack of housing supply. Rural areas often see a significant lack of housing development because construction is prohibitively costly and often not profitable enough to be worthwhile for builders. This means that buyers in many towns have to compete for a relatively small number of homes, which puts upward pressure on prices.

Though towns can be expensive, there are still ways for homebuyers to make housing more affordable. Here are three tips.

The data used in this study comes from the U.S. Census Bureau’s 2019 American Community Survey (five-year estimates). For this analysis, LendingTree used micropolitan-level data for areas with a population of between 10,000 and 50,000 to approximate town-level data.