A March LendingTree study found more than 16 million vacant housing units in the U.S. This figure may seem steep but becomes more reasonable when you consider how many homes sit empty while they’re waiting to be rented or sold or their owners are staying in their primary residence.

While there are plenty of vacant homes in big cities, vacancy rates are often steeper in towns. With that in mind, LendingTree used U.S. Census Bureau 2020 American Community Survey data to analyze vacancy rates in the nation’s 50 most expensive micropolitan areas — referred to in this study as “towns” — with populations between 10,000 and 50,000.

More than 320,000 homes across the nation’s most expensive towns sit vacant. Of these homes, a bit more than two-thirds are empty because they’re only used for seasonal, recreational or occasional use.

Towns with the highest vacancy rates 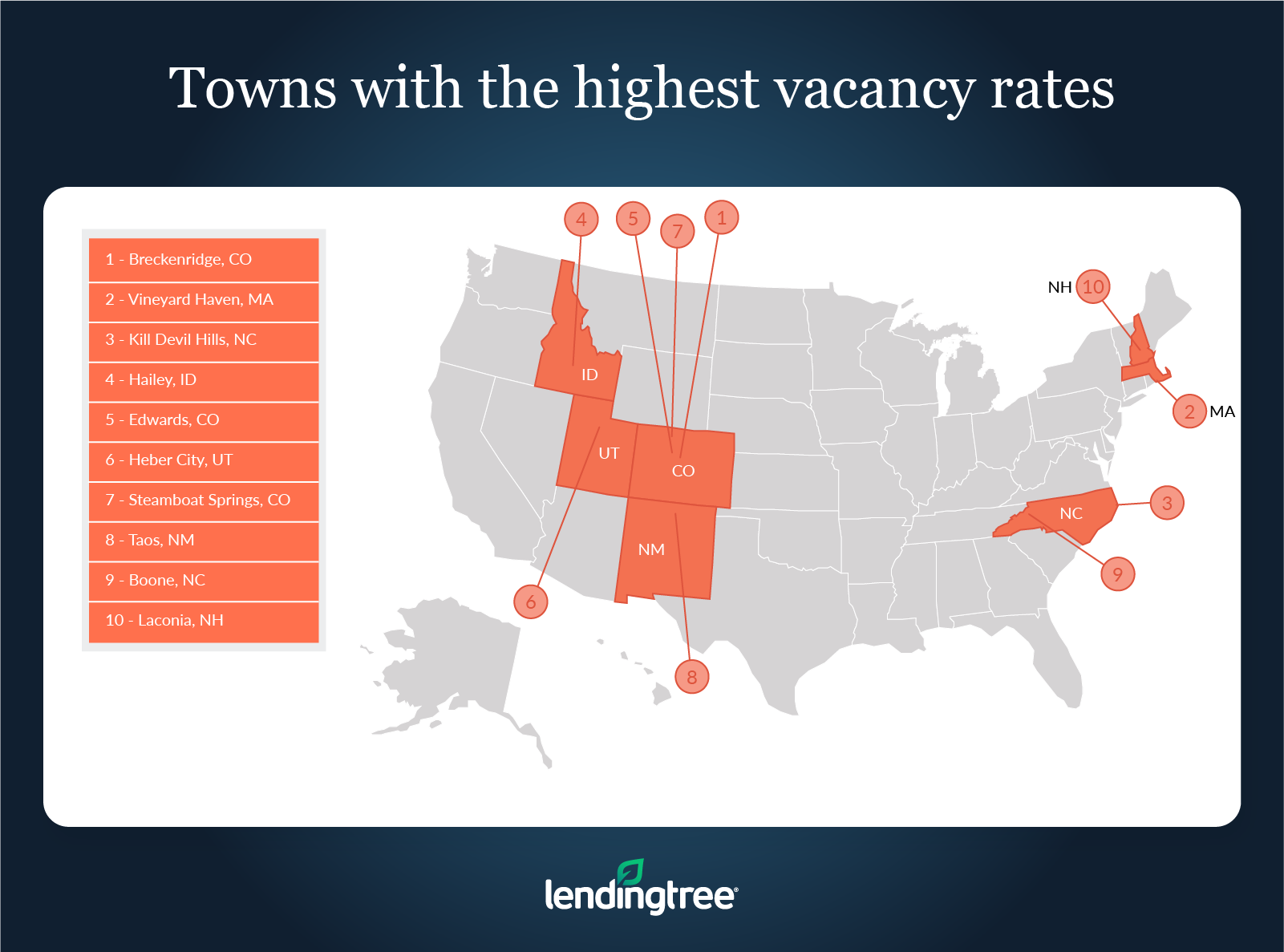 Towns with the lowest vacancy rates 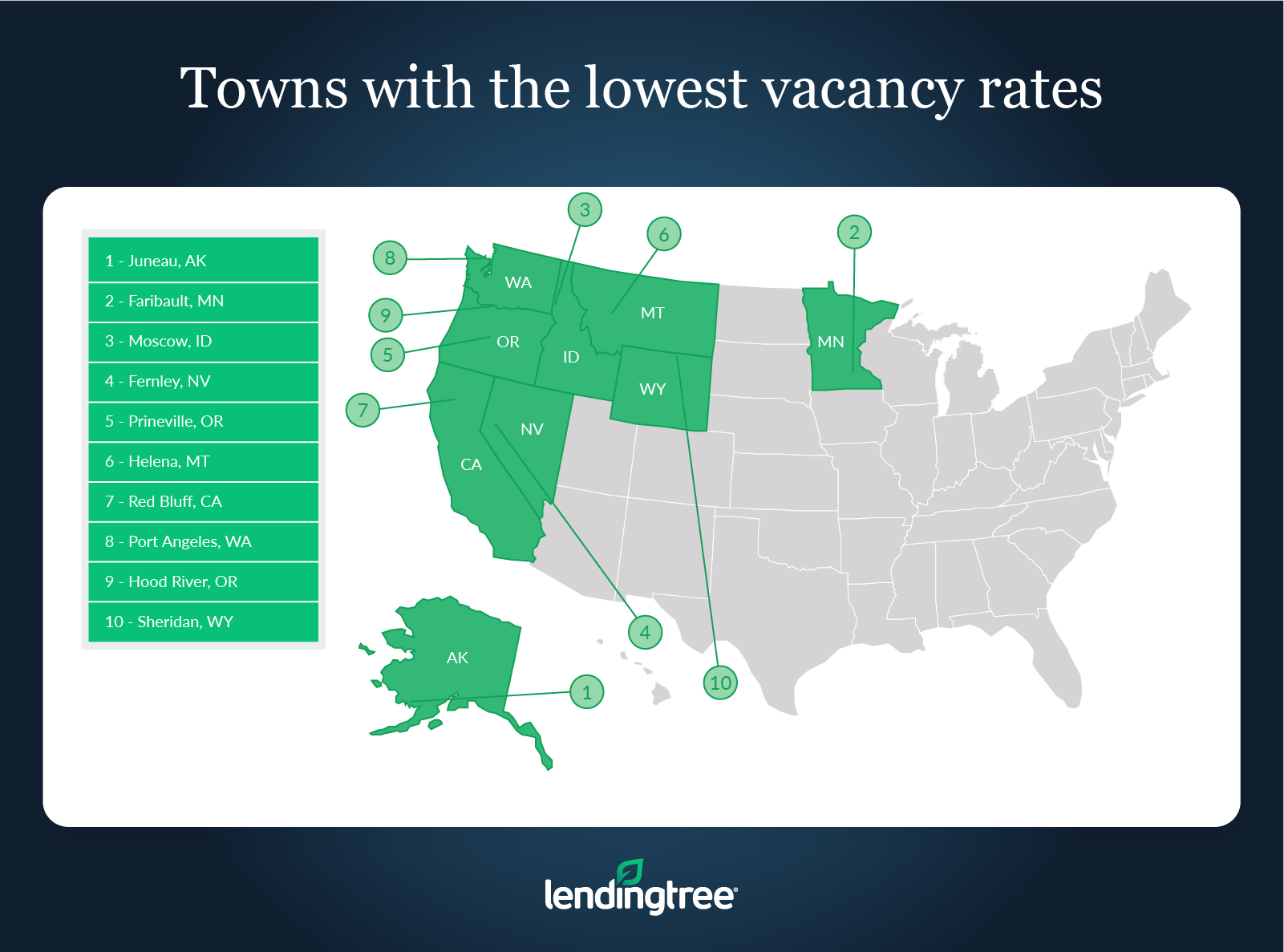 How can home prices be high in towns with high vacancy rates?

On the surface, it may be tempting to assume a high vacancy rate means there isn’t a lot of demand for housing in a given area. And, as a result, home prices in that area would be lower than in an area with a lower vacancy rate. However, this isn’t always the case. In fact, our study illustrates the opposite is often true.

If vacancy rates are low and housing prices are high, it could signify that the market is very competitive and that there isn’t enough housing supply to satisfy demand. If both vacancy rates and home prices are low, it could mean that demand is high but sellers are selling their homes for less than what they could have gotten.

Ultimately, understanding vacancy rates is important to understanding the overall housing market. But to appreciate what a vacancy rate means, you must look behind the facade at the reasons why homes are vacant.

Tips for buying a home in a small town

With remote work becoming more normalized, many people may think about moving to a small town to save money or escape a hectic city lifestyle. While some towns are calmer and cheaper than cities, not all are. With that in mind, homebuyers should consider the following tips to be better prepared before buying a house in a small town:

The data used in this study comes from the U.S. Census Bureau 2020 American Community Survey (with five-year estimates). LendingTree used micropolitan-level data for areas with a population between 10,000 and 50,000 to approximate town-level data.

LendingTree analyzed the latest U.S. Census Bureau data to rank the nation’s 50 states by their shares of unoccupied homes.

READ MORE
Shopping Around for a Mortgage Can Save Borrowers $63,000+ Over Lifetime of Loan

We calculated how much borrowers in each of the nation’s 50 largest metros could save if they chose the lowest APR they were offered instead of the highest.

This study determines which of the nation’s 50 largest metros have the highest share of homes owned and occupied by those born outside the U.S.