Hundreds of Thousands of People Are Homeless in the U.S. — Here’s Where Homelessness Is Most, Least Common

Though estimates are constantly in flux, the latest U.S. Department of Housing and Urban Development (HUD) data indicates there are more than 575,000 people in the U.S. who are considered homeless. To put that in perspective, that’s larger than the total populations of many major cities, including Atlanta, Miami and Sacramento, Calif.

But where are these homeless people located? To answer this, LendingTree used HUD data to look at the states with the largest and smallest homeless populations. In doing so, we found that areas with higher house prices tend to have proportionally higher numbers of homeless people.

Ultimately, our findings make clear that many people in the U.S. don’t have a home to call their own.

States with the most homelessness 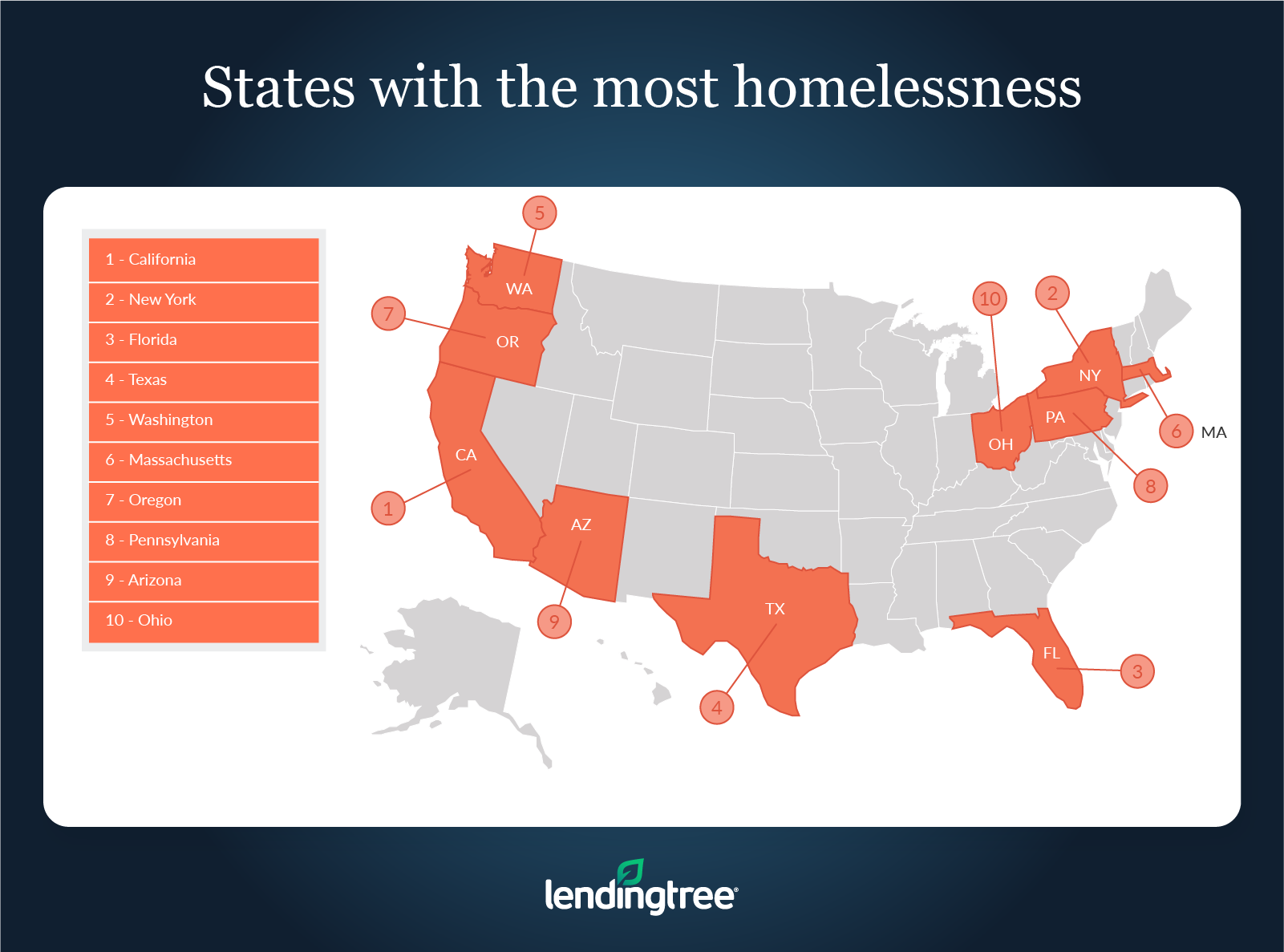 States with the least homelessness 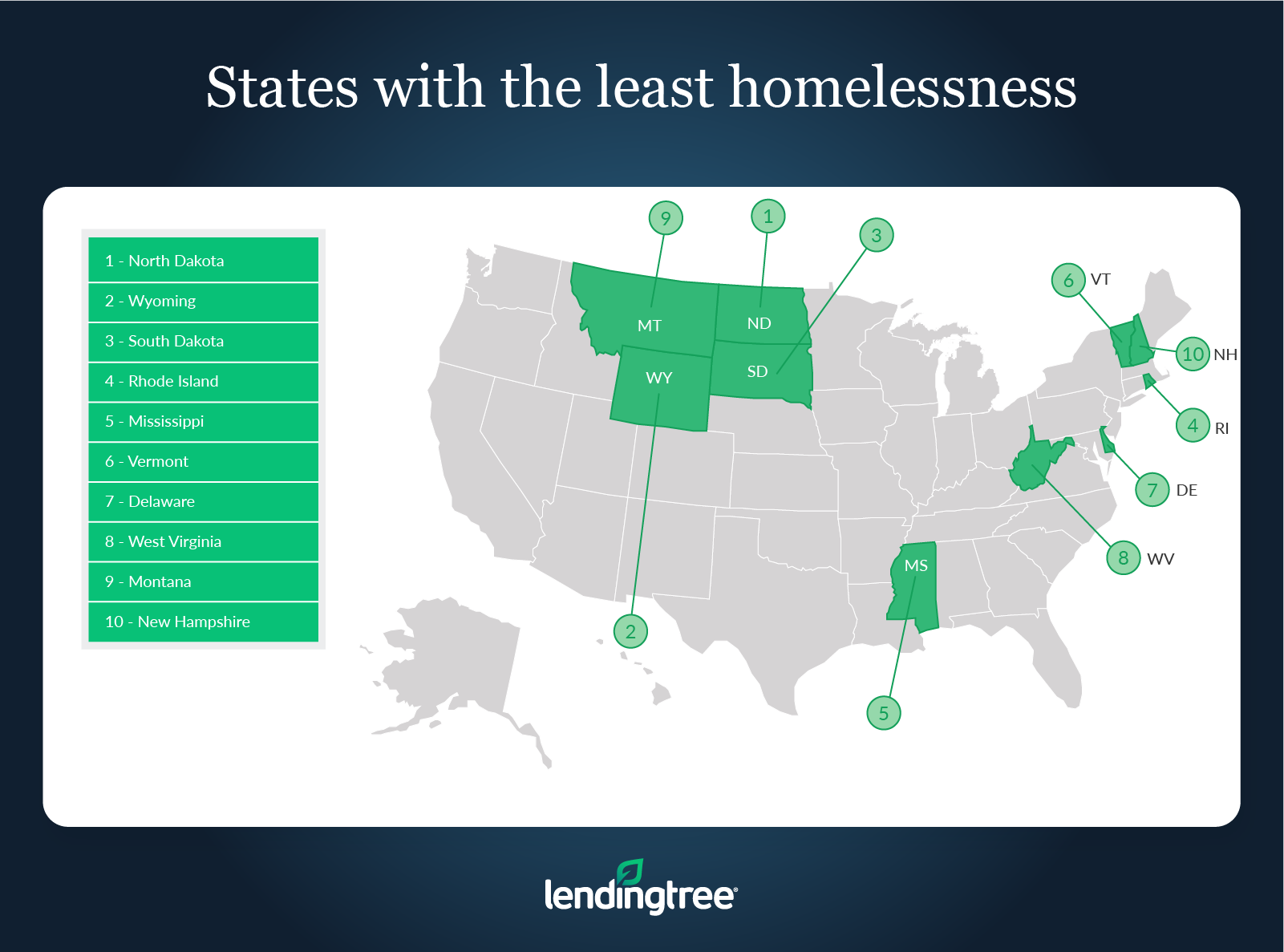 The causes of — and solutions to — homelessness are complex

On the surface, the way to solve America’s homelessness problem may appear relatively straightforward.

For example, as our study shows, the number of people who are homeless tends to be proportionally higher in states where home prices are more expensive. With that in mind, it may be tempting to conclude that reducing home prices is all that’s needed to end homelessness. Similarly, one might also conclude that using some of the nation’s millions of vacant housing units to house those without a place to call home may be another relatively straightforward way to keep people off the streets and out of shelters.

However, these solutions ignore the underlying complexity behind the problem of homelessness in America.

Though some unhoused Americans would likely benefit from finding more affordable homes in their area, many homeless people are so because of issues like substance abuse, mental or physical illness. Merely placing people who struggle with these types of problems in empty houses might keep them off the streets, but it would do little to address real reasons why they ended up homeless in the first place.

With that in mind, it becomes clear that ending homelessness is much more complicated than it might initially appear. Not only do we have to find places for those without homes to live, but we must also take steps to address the nonfinancial reasons why people are on the streets.

Building more affordable housing and relocating some empty homes to those who need them are certainly important tools in combating poverty. But without taking into consideration the social elements of homelessness, the problem is unlikely to ever be resolved.

Tips for those who may be facing homelessness

Although some people can become homeless through virtually no fault of their own, those in a difficult situation can keep the following tips in mind to potentially reduce their chance of finding themselves without a place to live:

Data on the total number of homeless people in each state and the share of those in shelters comes from the U.S. Department of Housing and Urban Development’s Annual Homeless Assessment Report (AHAR) Point-In-Time (PIT) count for 2020.