A wedding is cause for celebration. You’re in love, the champagne is flowing and everyone you care about is excited to join the party. Every couple has a dream wedding day in mind, but not every couple can afford to make it happen.

LendingTree has found that 45% of newlyweds between the ages of 18 and 53 went into debt to pay for their wedding. And once married, nearly half of the newlyweds who obtained wedding-related debt said money has caused them to consider divorce. On the flip side, only 9% of couples without wedding-related debt contemplate divorce.

Before financing your big day, you may want to consider exactly how much debt you’re willing – and able – take on, so you don’t start your marriage off on the wrong foot.

1 in 4 couples wish they spent less on their wedding

In a dream world, you would have no regrets of any kind about your wedding. But this is where money rears its ugly head.

One in four couples reported wishing they had found a way to spend less on the wedding. That’s understandable, considering 76% of couples who obtained wedding-related debt reported that they argue about money spent on their wedding. For those who didn’t go into debt? Only 20% of them argue about what they spent on their big day. 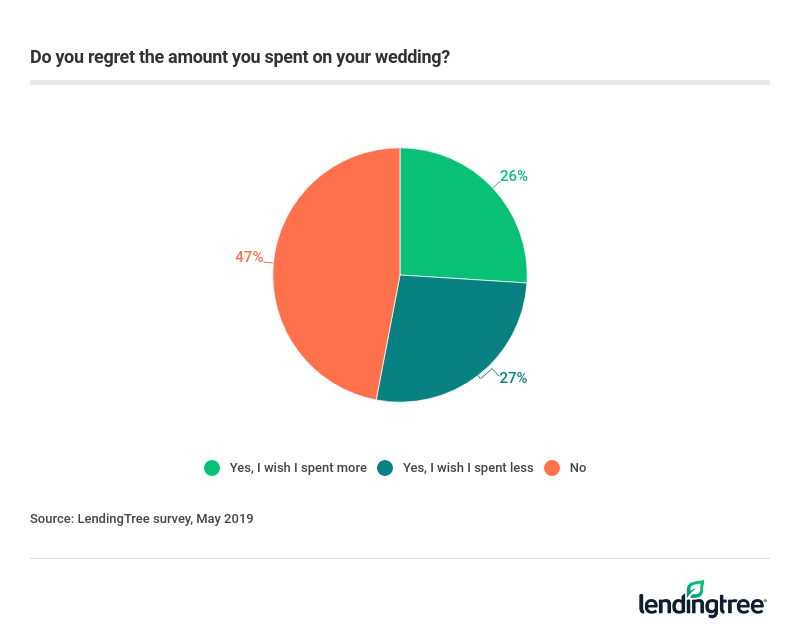 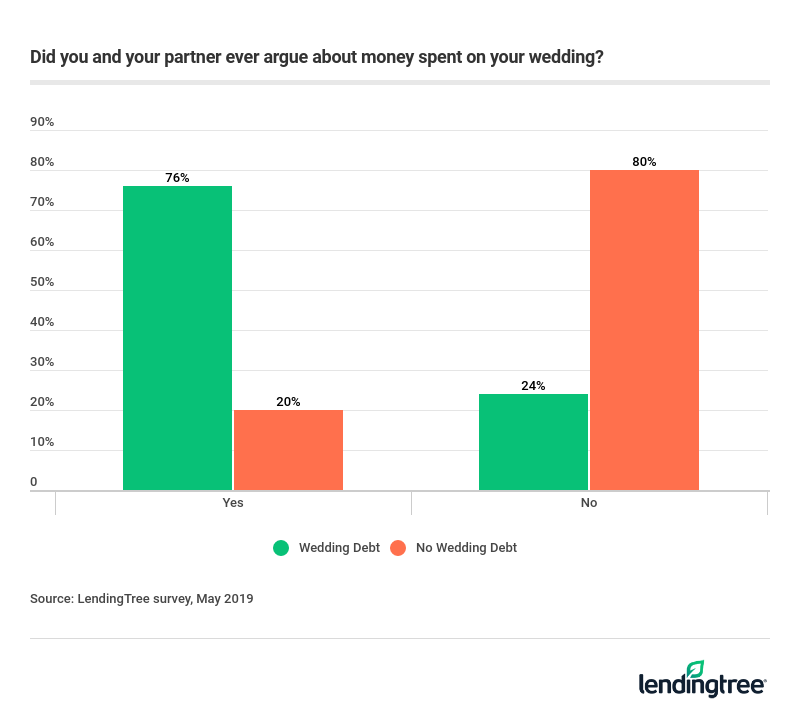 Wedding expenses newlyweds regretted the most

There are a lot of negotiations to be made while wedding planning. Your mother-in-law thinks a cash bar is tacky; the groom wants a DJ; the bride wants an out-of-season flower in her bouquet. Compromises will need to be made if you don’t want to regret how much you spent.

Only 22% of newlyweds reported being satisfied with the amount they spent on their wedding. Newlyweds’ biggest regrets included spending too much on food and drinks (15%), the venue (12%), the honeymoon (9%), and DJ/band expenses (9%).

1 in 4 newlyweds say the honeymoon was worth it

The least popular expenses, the videographer, decor, and hair/makeup, came in with a three-way tie at 2% of the vote. 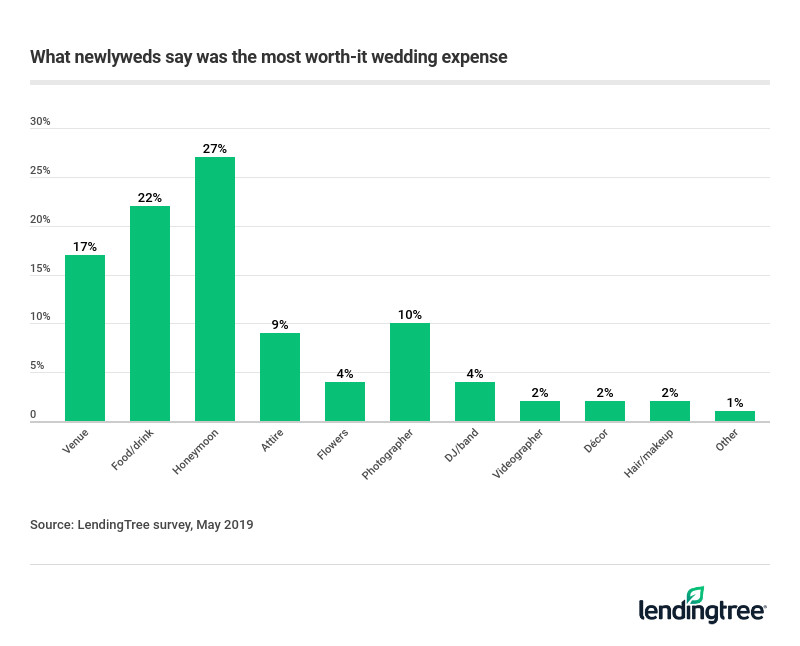 Even though you’re spending a pretty penny on your wedding, there’s always the gifts to look forward to. Your loved ones are excited for you to start your life together and will shower you with presents. Some of those presents will come in the form of cold, hard cash. How you spend it is up to you.

36% of newlyweds who received monetary gifts said they used the cash to help fund their dream honeymoon. 27% saved the money for a rainy day while 22% used the money to pay off wedding debt. Surprisingly, 11% of couples paid off other debt with the gifts they received, helping them kick-start their marriage with less debt. 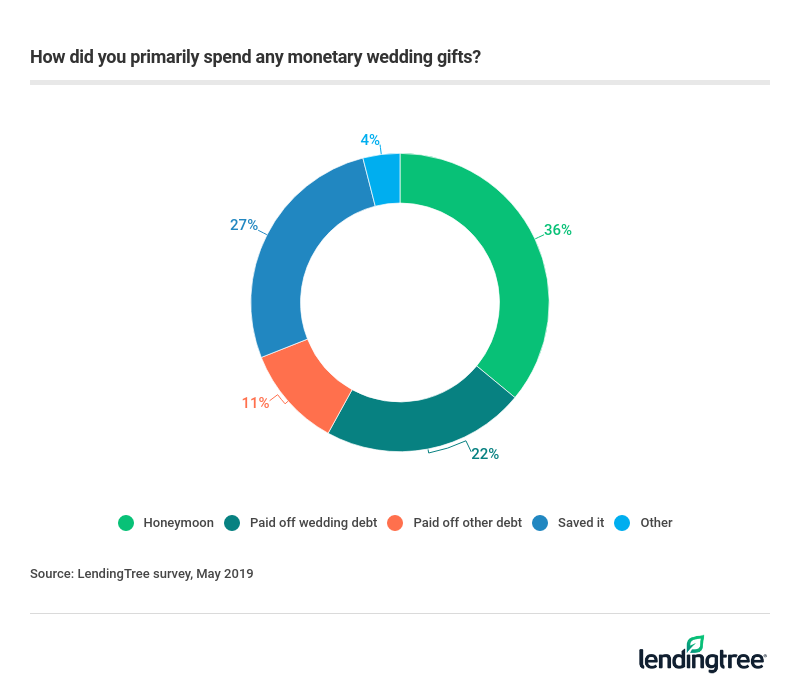 If you’re looking to save some money on your wedding, you and your betrothed should take proactive steps towards cutting costs. You want to start your marriage off on the right foot and not overspending will hopefully help you avoid some unpleasant money-related fights. Consider these following tips for cutting wedding costs.

At the end of the day, only you and your partner know what financial decisions are right for you. Hopefully the honest responses from the couples surveyed will serve as a reminder that this day is about celebrating your marriage and not about how much you spend. Splurge on what truly makes you happy and skip the expenses you don’t care about. And if you really want to get thrifty, a city hall elopement can be just as memorable as a grandiose ballroom.

LendingTree commissioned Qualtrics to survey 506 Americans ages 18 to 53 that were married within the last two years. The survey was fielded online from April 15, 2019 to May 6, 2019. The overall margin of error for all respondents is +/-4%.

LendingTree found that 45% of newlyweds between the ages of 18 and 53 went into debt to for their wedding. Nearly half of those in debt considered divorce.