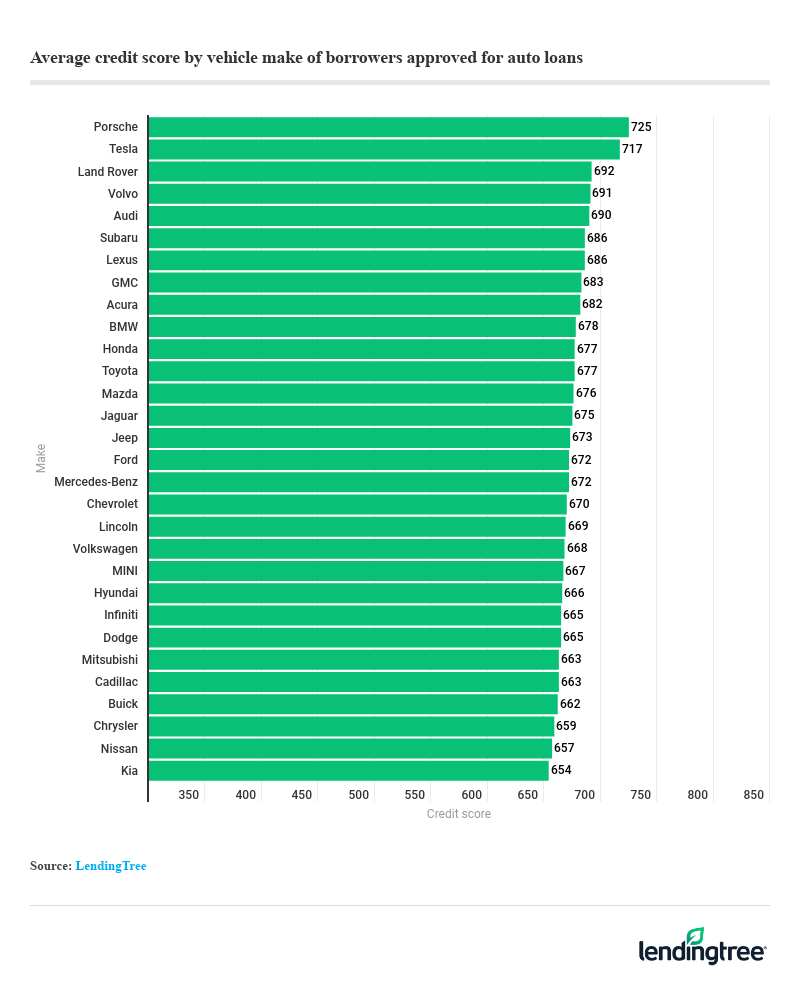 The top two on our list — Porsche (725) and Tesla (717) — are the only makes with average credit scores above 700, according to our analysis. It makes sense that people buying luxury cars would need higher credit scores, since these manufacturers offer some of the most expensive vehicles.

When LendingTree previously researched what brands borrowers stretched their finances the most to buy, we determined that people spent an average of $54,234 to buy a used Tesla and $42,173 to buy a used Porsche, with average monthly payments of $818 and $635, respectively.

Land Rover, Volvo and Audi took our next spots for the highest average credit scores of borrowers approved for auto loans. While not as high as Tesla and Porsche, the three makes were all between 690 and 692. Volvo and Audi were both in the top five in last year’s study, too, but Land Rover finished just outside at No. 6.

Kia and Nissan, known for being lower-cost automakers, bring up the rear with the lowest average credit scores of people approved for used auto loans: 654 and 657, respectively. Chrysler (which was at the bottom in last year’s study), Buick and Cadillac were in the neighborhood, with average scores of 659, 662 and 663, respectively.

Cadillac is the only new entry to the bottom five among that group, though its buyers’ credit scores only changed five points — on average — between the two years.

In most cases, the high average credit scores of luxury brand buyers correlates to them being more able to afford their cars. As LendingTree researchers found in a previous study, Tesla and Porsche were the most affordable for their owners. Now we’ve found these same buyers also had the highest average credit scores.

However, while MINI buyers ranked third highest for being able to afford their cars in the previous research, the new data showed they had an average credit score toward the lower end of the spectrum — 667.

This may suggest that people who qualify for an auto loan for a used Mini have a relatively lower average credit score, but still find the car affordable due to good income.

The highest average credit score fell from 740 in last year’s research to 725 this time around. In each year’s research, though, only two brands — Porsche and Tesla — remained over 700. 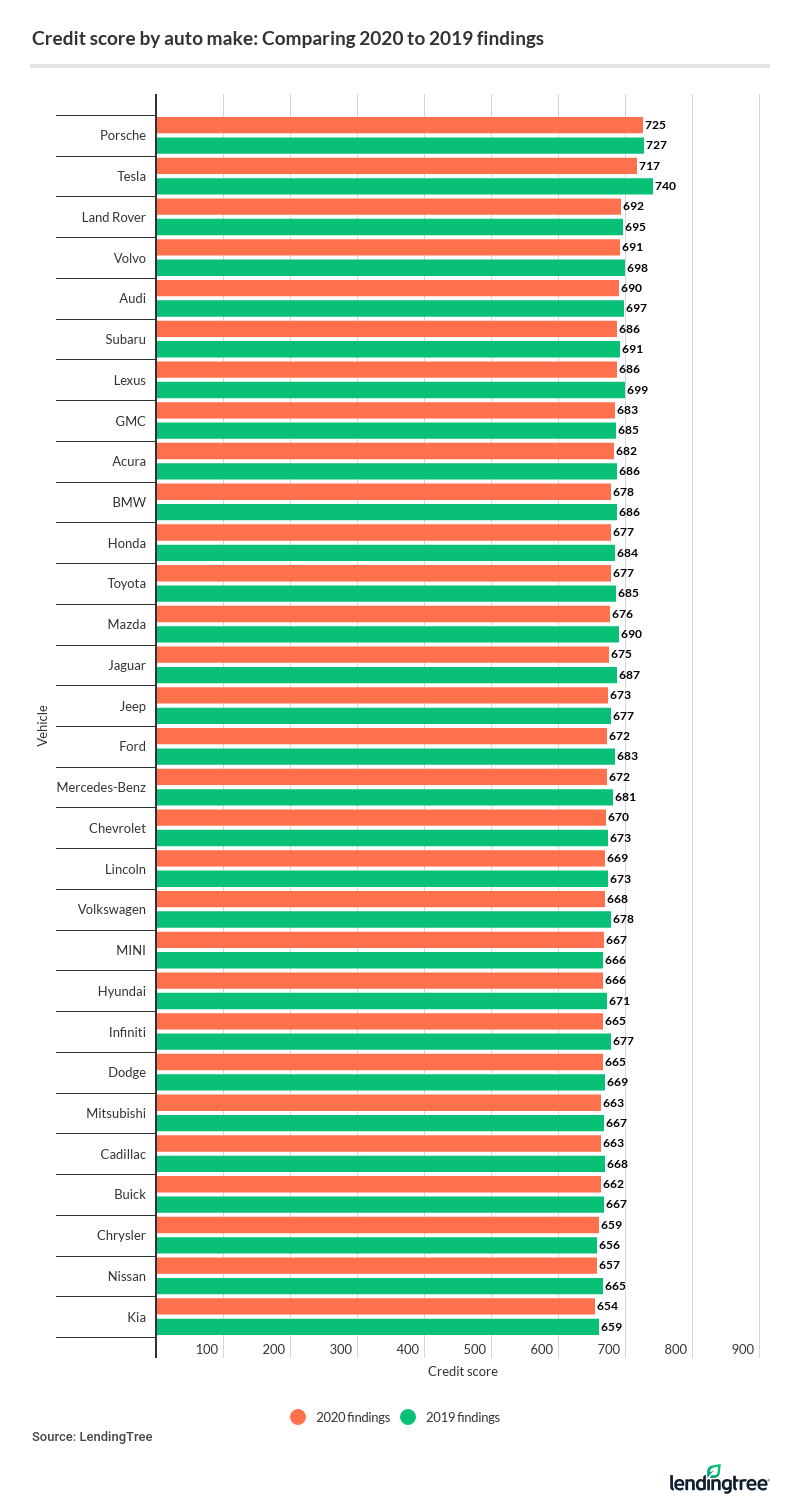 Of the 30 makes we analyzed the first time, 21 brands had buyers with average credit scores in the good range of 670 to 739 (Tesla finished in the very good range). That figure dropped by three this time, as only 18 brands now qualify in that range.

Waiting to hear whether you’re approved for an auto loan can be nerve-racking. Waiting amid the coronavirus crisis can make things even worse.

Raising your credit score could help fend off anxiety, better your loan terms and decrease your APR. Here are some tips:

Credit scores were averaged across auto makes reported on anonymized query forms submitted by people approved for auto loans purchased on the LendingTree platform in 2019. Auto makes without enough purchases to create reliable estimates were excluded from the analysis.

Our researchers analyzed more than 38,000 used auto loans on the LendingTree platform to rank 30 car brands by their buyers’ average credit score.